Bitcoin has seen immense turbulence as of late, providing dangerous market conditions for active traders looking to cash in on this volatility.

Yesterday’s fleeting spike to highs of $10,400 was followed up by a decline that led the crypto to lows of $8,600 on BitMEX.

This massive $1,800 decline was devastating even for low-leverage traders, causing a total of $96 million in positions to be wiped off the board.

This came about just several hours after Bitcoin’s sharp rally past $10,000 liquidated $123 million in short positions, with the past day eviscerating open interest on most major trading platforms.

One analyst does believe that this volatility – and the liquidations that it caused – are good things for Bitcoin’s underlying health.

He deems it a “healthy BTC sentiment reset” that could lead to further upside in the days ahead.

At the time of writing, Bitcoin is trading down over 4% at its current price of $9,600 – around the level at which it has been at for the past day.

The crypto’s current consolidation comes shortly after it saw some of the largest volatility it has seen in months, with the crypto forming a proverbial “bart pattern” after rallying to highs of $10,400 before posting a nearly full retrace shortly thereafter.

This volatility led to nearly $220 million worth of leveraged positions to be liquidated, and neither buyers nor sellers were safe from the impacts of the volatility. 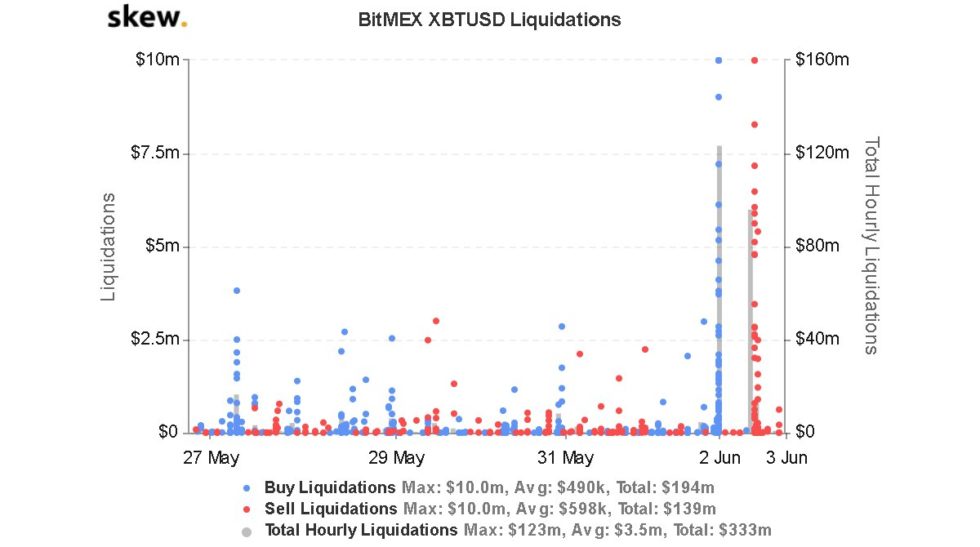 This led BitMEX’s open interest to see a sharp decline and may cause many of these embattled traders to move to the sidelines for the time being.

Here’s Why One Analyst Thinks This Volatility is Bullish

Mohit Sorout – a founding partner at Bitazu Capital and a prominent analyst – explained in a recent post that he believes the massive liquidations seen amongst Bitcoin traders could be a positive thing.

He notes that it marks a “healthy BTC sentiment reset,” while adding that he now anticipates the cryptocurrency to range sideways for a couple of days before moving higher, trapping late bears.

“Market liquidated over-leveraged participants on bitmex. $123M in shorts $96M in longs, all in a span of 24 hours. A healthy BTC sentiment reset. Range a couple days, trap late bears then run it back up,” he noted. 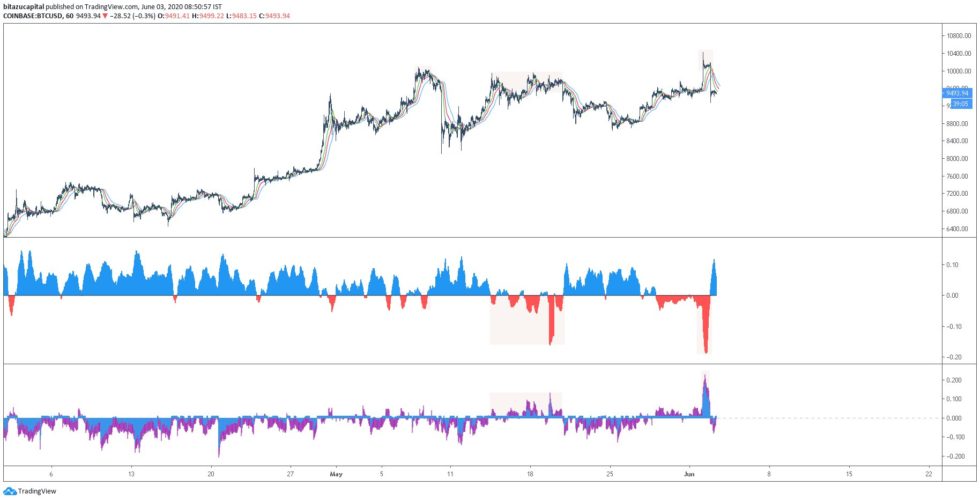