Last week, Polygon had a bullish chart outlook after breaking through a critical level of resistance at $0.88. This bullish momentum, however, may not last long. MATIC had broken its bullish market structure in recent days and was expected to fall further down the charts.

According to a recent report, interest in Polygon’s dApps is waning. Despite the increasing number of partnerships Polygon entered into. 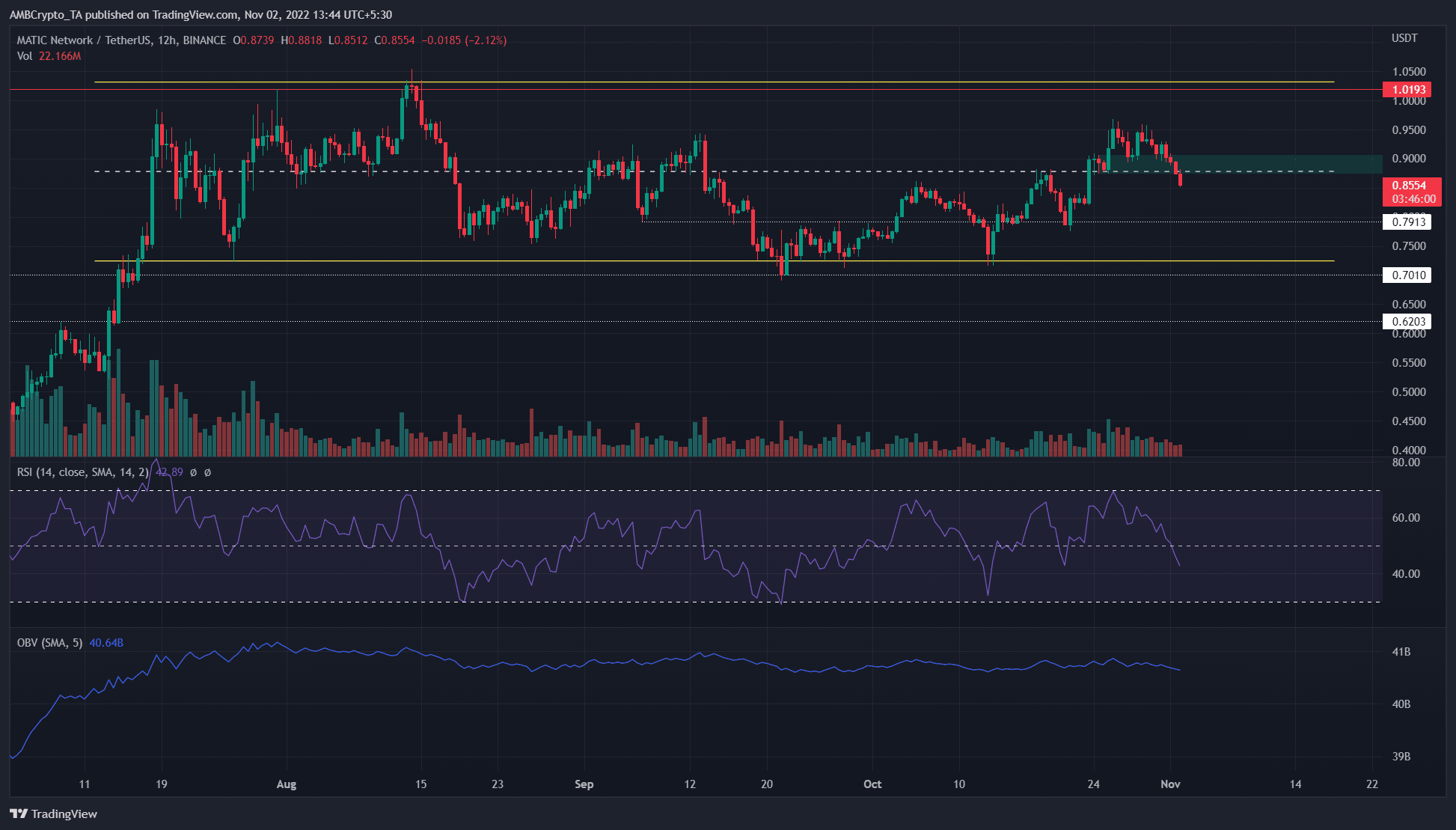 MATIC continued to trade within the range it established in July. This range extended from $0.72 to $1.02, with the mid-range at $0.88. This level acted as support and resistance on multiple occasions, and reinforced the credibility of the range.

In the past week, MATIC managed to scale the $0.88 level and flip it to support. In doing so it also formed a lower timeframe (four-hour) bullish order block. This area was expected to serve as a strong support zone but the past couple days of trading saw MATIC bears seize the upper hand.

They were able to force a 12-hour session close below $0.88. In doing so the price broke through the bullish order block, and flipped the market structure to bearish as well.

The Relative Strength Index (RSI) slipped back below neutral 50 to show momentum began to favor the sellers once more. The On-Balance Volume (OBV) stayed relatively flat in recent months, which highlighted the likelihood of a continuation of the range.

The network growth metric climbed in October and set a series of higher lows. This was evidence of new addresses being created on the network each day and showed growing user adoption.

Furthermore, the development activity metric saw a decline in recent weeks, but over the past three months it has seen peaks and troughs. Once again, this highlighted a positive aspect of MATIC and longer-term investors will have one less worry based on this metric.

Bitcoin sat atop a crucial support near the $20k area, and the FOMC news over the course of the day can see huge volatility. Risk averse traders can wait out the storm.