Binance Coin (BNB) experienced significant FUD in mid-December, sending the price down from around $270 to a new low of $220. The bulls, on the other hand, found solid support at $231.2 and were able to mount a successful recovery.

However, the price recovery was short-lived, as the sideways structure of Bitcoin (BTC) forced the altcoin market, including BNB, into a trading range.

At press time, BTC’s upward momentum had waned, and BNB was trading at $257.1. The price was flashing red, indicating that a correction may be imminent. 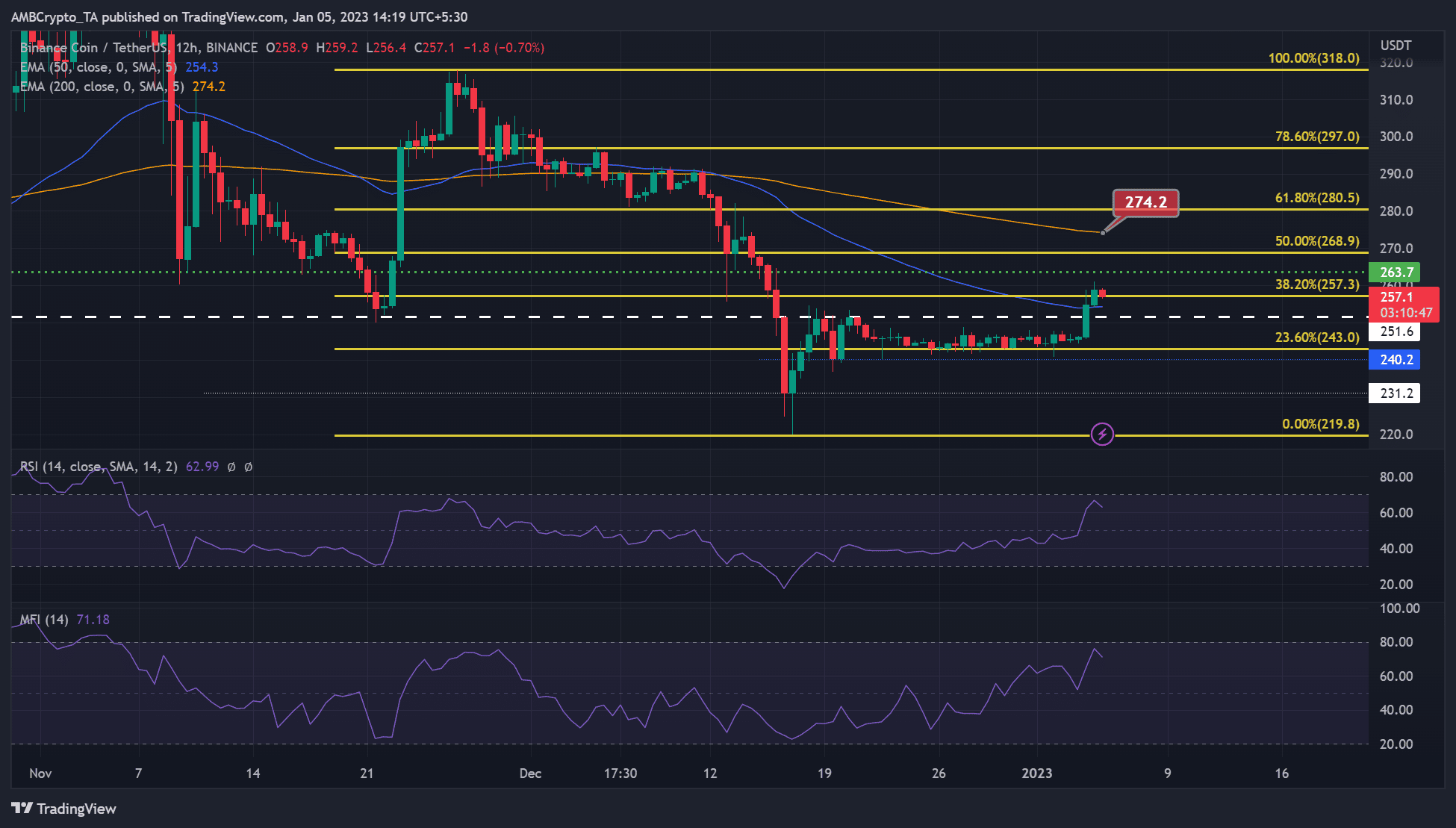 The Relative Strength Index (RSI) was rejected around the 70 mark (overbought zone) and was trending down. This suggests that buying pressure peaked and slowly eased.

The Money Flow Index (MFI) was also rejected near the 70 mark (also in the overbought zone). This showed that accumulation had peaked and a slight distribution had taken place.

If the bears gain momentum, BNB could be forced into a price correction that could reach the 50-period EMA (exponential moving average) of $254.3. If selling pressure intensifies along with a bearish BTC, BNB could fall even lower to $251.6.

These levels can serve as a short-selling target with a stop loss above $263.7.

However, a move beyond $263.7 would invalidate the bearish bias described above. Such an upswing will only boost the bulls if they clear the hurdle at the 50% Fib level of $268.9.

BNB saw a decline in trading volume after the recent price rally peaked. This could undermine buying pressure and push BNB lower.

On the supply side, the selling pressure observed at press time came mainly from holders with (10K – 100K) coins. However, the above category accounted for only 3% of the supply.

The supplier category with over 23% ( 1M-10M coins) has been inactive since 21 December.

The next influential and active supplier was the (10M-100M) category, which had over 57% of the total supply. They had accumulated between 3 and 4 January but were inactive on 5 January.

The behavior of the above dormant whale categories can push investors out of their positions, so it is worth tracking their movements.