This was the week the entire cryptocurrency community has been waiting for. Bitcoin finally broke $20,000, setting a fresh new all-time high. But it was far from being done yet.

After breaching the coveted $20,000 mark, BTC went on a rampage, taking down one target after another. Before the run was finally calmed down, the primary cryptocurrency had taken for the sky and reached its current all-time high at around $23,800.

However, this also drove a lot of fresh capital to the entire market. Its capitalization currently sits at around $654 billion, up more than $110 billion in the past seven days. Other altcoins also increased in value, and it seems that the most impressive performer was Litecoin (LTC), which is up around 45% for the week.

As it’s almost always the case, the surge in the price for bitcoin also drove further attention to it. The CIO of Guggenheim, an investment company that became amongst the latest to jump on the BTC bandwagon, said that the asset should be valued at $400,000. That’s roughly around 20x from here.

Elsewhere, interesting news came regarding Ross Ulbricht, the founder of the infamous Silk Road dark market who is serving two life sentences without parole for what is regarded as a nonviolent crime. Reportedly, the acting US President, Donald Trump, is considering pardoning him.

This would be massive development in the case as Ulbricht has seen one of the biggest campaigns in favor of him, supported by thousands of people, including billionaire investors, judges, and celebrities.

In any case, the week has been nothing but exciting, and it remains particularly interesting to see where the market will take from here. Bitcoin has a target, and that target is its current ATH, but we have to see if it’ll be able to charge yet another impressive leg up. 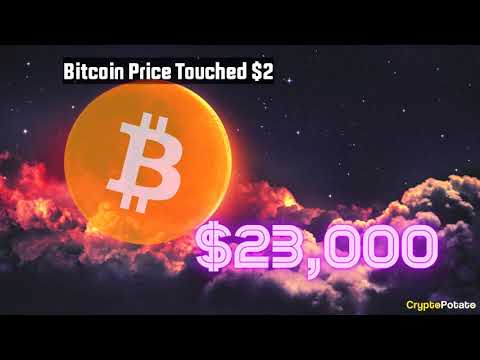 Bitcoin Price Touched $23,777: 560% ROI Since March Yearly Low. Bitcoin finally did what everybody expected and was waiting for it to do, breaching the coveted $20,000 level. The cryptocurrency surged all the way up to around $23,800, marking an expressive increase of around 560% since the crash from back in March.

American Express Invests In A Cryptocurrency Exchange Aimed At Institutions. The US-based financial services giant, American Express, has invested an undisclosed amount in a cryptocurrency exchange aimed at catering to institutional clients. Hence, the financial mogul has doubled-down on its endeavors in the field, following a pilot of a blockchain-based reward program.

Bitcoin Price Should Be $400K, Says Guggenheim’s CIO. The Chief Investment Officer of Guggenheim, Scott Minerd, said that bitcoin’s price should be $400,000. He also said that his company managed to buy the cryptocurrency when it was trading at around $10,000, meaning that they are already well into profits.

Fund Managers Long Bitcoin While Shorting the US Dollar, Survey Says. An interesting survey conducted by the Bank of America revealed that “long bitcoin” has been the third-most crowded trade. Interestingly enough, it follows the second trade, which is to short the US Dollar.

Research Suggests Coinbase IPO Could be Valued at $28 Billion. The US-based cryptocurrency exchange giant, Coinbase, has recently submitted a draft registration, which confirmed the rumors that it plans to go public with an IPO. Analysts estimate that it could be worth as much as $28 billion.

This week we have a chart analysis of Bitcoin, Ethereum, Ripple, Litecoin, and Bitcoin Cash – click here for the full price analysis.