Although Bitcoin price volatility is still inevitable, many analysts still believe that Bitcoin is likely to be the successor to the next global dollar and reserve currency. For now, Bitcoin still functions as a store of value and a hedge against inflation – this is what attracted institutions eventually to it. At press time, Bitcoin price is trading around $ 18,539, down almost 3% over the past 24 hours. 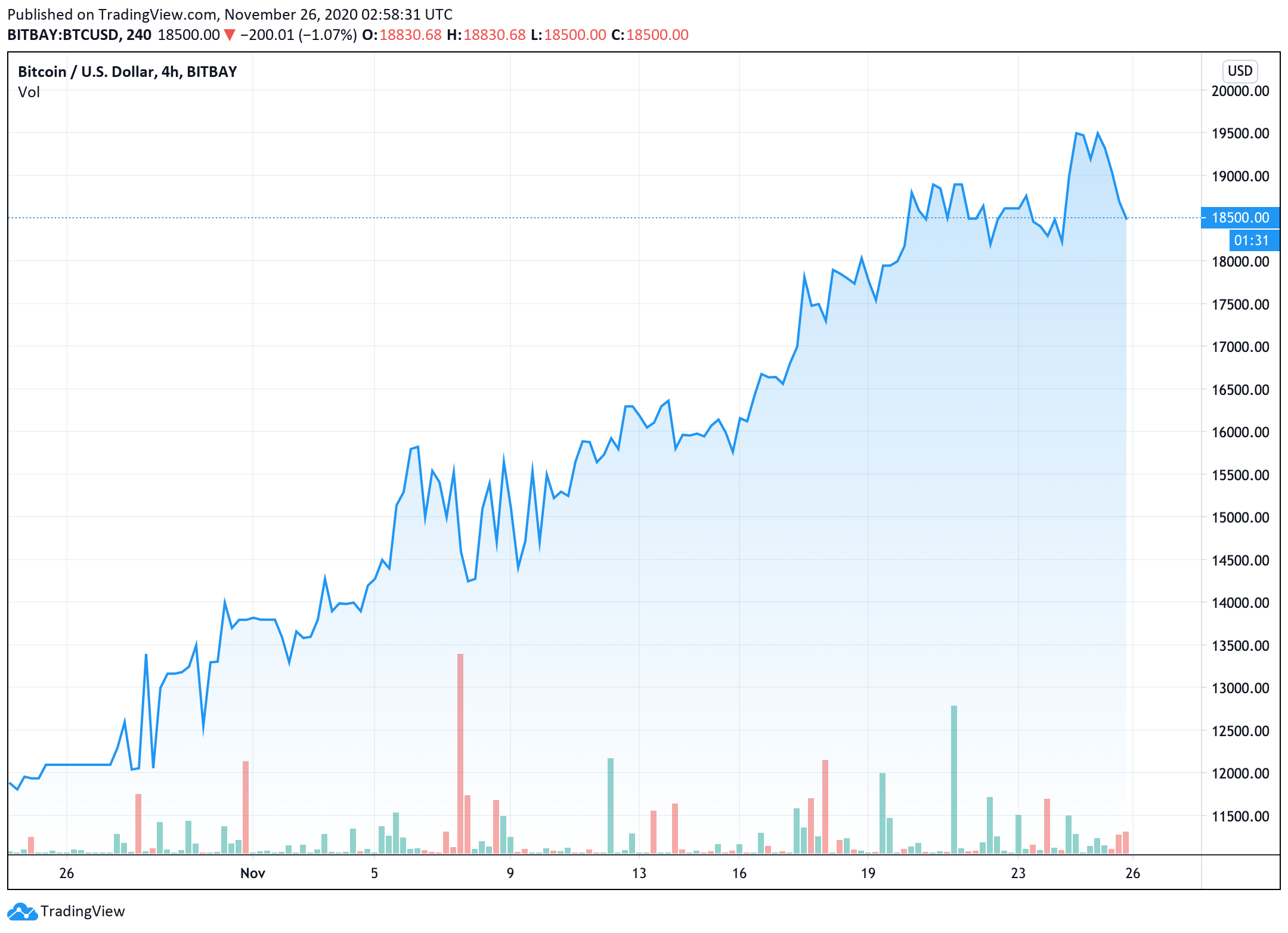 Bitcoin price fluctuates, many people still favor it as a better financial system

Cryptocurrency analysts point out that the smart money investor class is the sole reason for the market’s spike. However, retail volumes in emerging markets have tripled just last month and are trending at all-time highs. It could be said that this is a sign that citizens in countries where their money is much weaker than the dollar is voting with that money for a better financial system – a built system on Bitcoin.

In the digital age, and in a time when scarcity has become ever more important, Bitcoin is once again the solution to inflationary, devalued economies.

And while the retail interest in the US probably hasn’t reached FOMO and retail interest like the crypto bubble, the same cannot be said about emerging markets like South Africa, Malaysia, Nigeria, and Indonesia.

Marcus Swanepoel, the CEO and co-founder of Luno Global said these markets have tripled in volume and at all-time highs and that this happened in the month before the breakout takes place. He added that citizens in these countries where their fiat is not as strong as even a weak dollar are voting for a better financial system.

Bitcoin is, once again, the answer. A fixed supply and inability to be confiscated or stopped by a third party make Bitcoin the future sovereign currency that the world needs.

Novogratz is also a former partner at Goldman Sachs and a former manager of Fortress Investment Group. In 2012, Novogratz’s net worth was about $ 500 million. In 2017, he revealed that 20% of his net worth was held in Bitcoin and Ethereum, from which he has generated more than $ 250 million in profits.

“Bitcoin is for everyone. Everyone should put 2% to 3% of their net worth in bitcoin and look at it in five years, and it’s going to be a whole lot more.”

Even after the March crash, when Bitcoin was trading at a yearly low of around $ 3,500, he remained bullish on cryptocurrencies.

In April, he predicted that Bitcoin would hit $ 20,000 before the end of 2020, and he could give up on crypto if his prediction doesn’t come to fruition.

With cryptocurrency trading 7% lower than 2017’s all-time high price of $ 20,000, it may not be long before it reaches new ATH levels.

As Bitcoin approaches record prices, some speculators believe that the cryptocurrency could see a correction soon. However, Novogratz believes the asset will not trade below $ 12,000 during this uptrend.

“Right now, we’re getting close to 20,000, like the old highs. Rarely does a market trade to the old highs and go right through it, right? It’s just marketing usually touch the old highs, exhaust themselves, correct a little bit, and then take out the high. And so there’s big support around 14 and a half, 15,000. And so listen– 19,000 to 15,000 would feel pretty painful if you just bought it here at 19. I don’t think we’re going to get down below 12,000 again in this episode.”

RECOMMENDED READ:  Gold Is Booming — and That Means Bitcoin Could Soon Break $10,000

The Bitcoin bull also mentioned that the current rally is driven by high net-worth individuals, hedge funds, and real institutions. He thinks participation by these larger players, alongside increased regulation, should smooth out some of the volatility.

You can see the BTC price here.