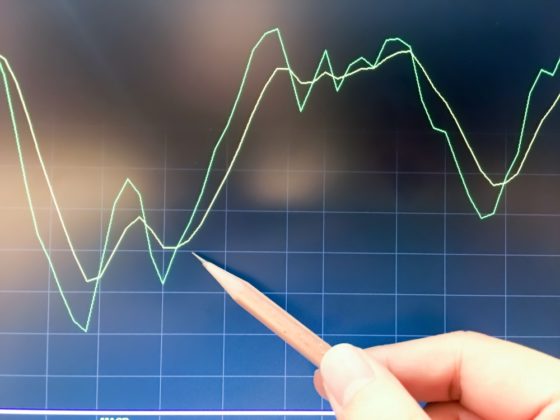 As the Bitcoin spot price hovers below $10,000-$10,500 resistance range, its derivatives market is signaling a breakout scenario ahead.

The crossover has happened only once since the CME’s bitcoin futures listing in December 2017. On May 17, 2019, the so-called “Golden Cross” formed. Its occurrence led the rate per contract from $7,940 to as high as $14,170 in less than three months. That is nearly a 78 percent jump. 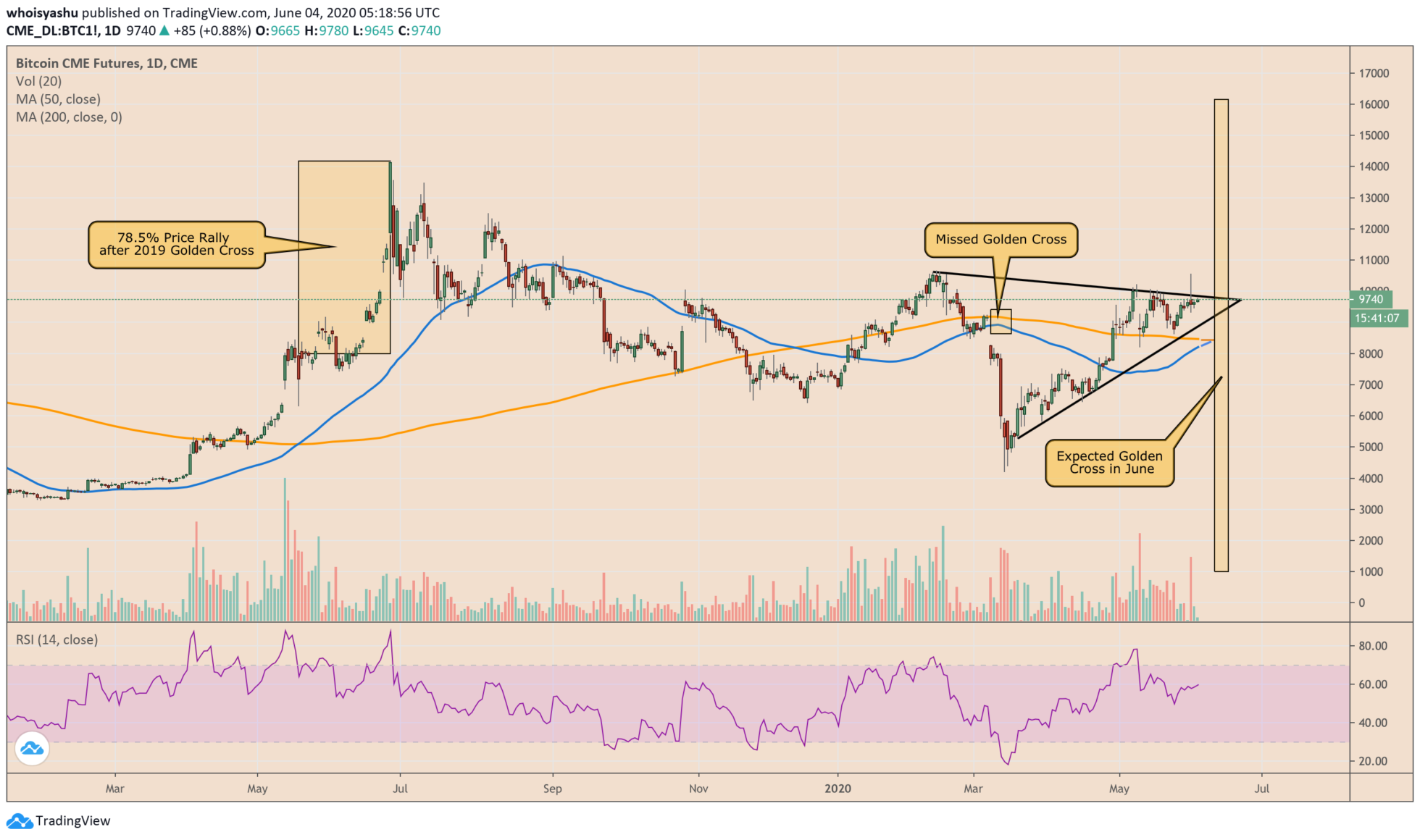 In other words, since the last Golden Cross produced massive gains, its subsequent formation should result in a similar bullish scenario.

In the spot markets, Bitcoin has historically failed to encash on three out of five of its Golden Crosses. The cryptocurrency last painted the bullish pattern on February 18, 2020, but failed to turn it into an upside breakout. On the contrary, the price fell by more than 60 percent in the next three weeks. 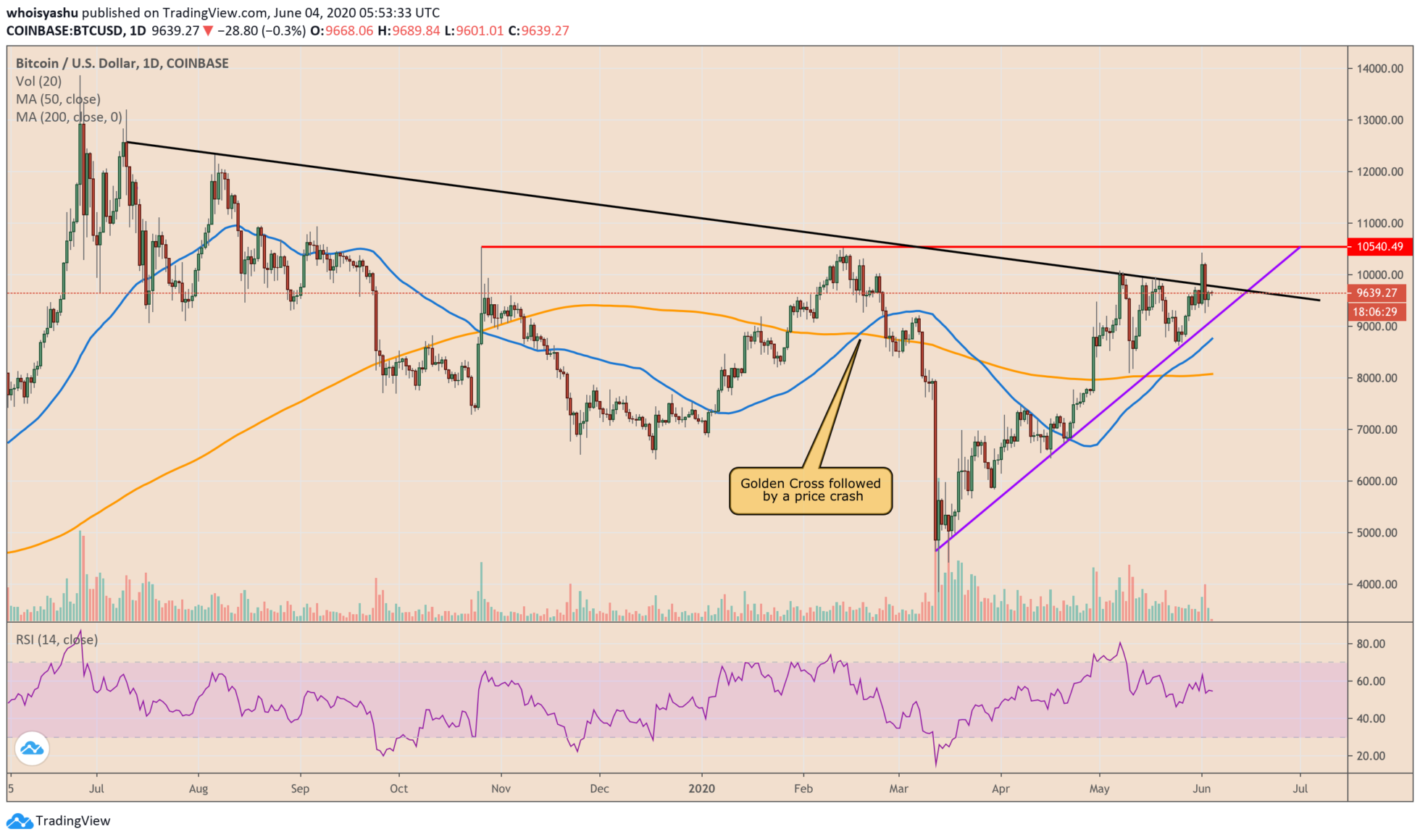 On the other hand, CME bitcoin futures hinted to form a Golden Cross in February-March session but never made it.

Later, the rate per contract fell from $9,100 to as low as $4,250. The derivatives served as better real-time signals for traders to predict the market’s next move, while the spot market misjudged the bullish narrative.

On May 20, 2020, Bitcoin’s daily spot chart formed another Golden Cross but didn’t confirm an upside price rally. Part of the reason is a strict resistance area above $10,000 that never let bitcoin’s uptrends flourish.

But the formation of a similar bullish pattern on futures chart, a market ruled by more sophisticated, institutional investors, could validate the spot market’s upside bias. That said, the CME bitcoin futures’ golden cross could signal a price rally in the retail markets, as well.

As stated, Bitcoin futures failed to form a 50-200 MA crossover in the February-March period. The two moving averages almost converged but fell short due to external macroeconomic factors. A virus pandemic led global economies to shut down and sent investors into the safety of cash, devaluing everything else.

Bitcoin markets suffered as a result.

While such concerns are mainly missing following the reopening of economies, risks associated with a second wave of infections, followed by sparse unemployment and corporate earning data, are weighing on the global market.

If that leads to a correction in the traditional assets, investors could liquidate their existing bitcoin positions to cover their losses.