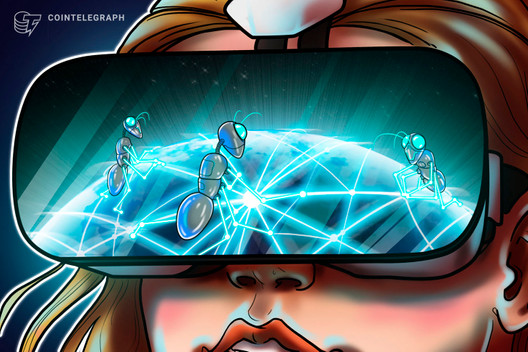 Sensorium will participate in GBBC’s upcoming virtual forum on May 28, which will see the firm’s director of technology Alex Blagirev discuss his predictions for how virtual social media will change the way that people interact online.

Cointelegraph spoke to GBBC to discuss the intersection between social media and virtual reality, or VR, and the role that blockchain plays in the sector’s future.

A GBBC representative stated that the convergence of VR and social media is already beginning to gain momentum, noting that major platforms such as Facebook “are providing users with new ways to share and experience content.”

“Within this context, blockchain technology will likely play an important role in the creation of digital assets and an online virtual economy, the representative stated.

“Furthermore, blockchain technology could be used to protect ownership and copyright, as well as create new models of advertising in virtual worlds, much as it is already doing in the real world.”

Identity theft, fake accounts, etc. all will be to a large extent eliminated as human participants in the socially-virtual world will be required to verify their identity via the blockchain.

Kean also revealed that blockchain will also be used to “facilitate payment for created, third-party content.”

Sensorium to engage policymakers through GBBC

As a GBBC member, Sensorium will participate in a range of GBBC activities aimed at “advancing adoption of blockchain technology and educating regulators, policymakers, and business leaders on the benefits of the technology.”

“We closed out the evening with a special demo of Sensorium’s VR platform and a performance by GBBC Arts and Music Ambassador and Former Drummer for Guns N’ Roses, Matt Sorum,” added the GBBC spokesperson.