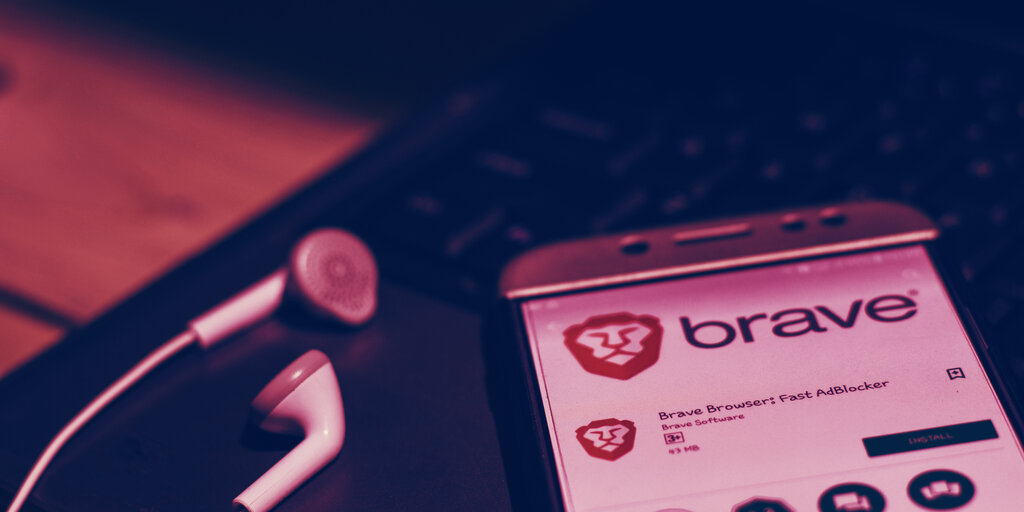 This is an increase of 50% since the launch of Brave 1.0 this November and 5 million more monthly users than it reported in December 2019. The number of daily active users is up 2 million compared to a year ago.

“Consumers are waking up to the tracking performed by Big Tech and moving en masse to services that promise to do better,” said Ray Walsh, a digital privacy expert at ProPrivacy. Brave’s milestone is proof that “Consumers are voting with their feet,” he said, “a trend that we will continue to see long into the future.”

The web browser supports “private by design” advertisements that pay viewers in its cryptocurrency, the Basic Attention Token (BAT). These tokens can also be donated to content creators.

The advertisements have attracted major brands, among them Verizon, PayPal, Amazon and Intel. The campaigns are supported in 183 countries and have a click-through-rate of 9 percent, compared to the industry average of 2 percent, said Brave.

Brave’s Chief Policy Officer, Johnny Ryan, told Decrypt that the uptick in users could be because of the trend toward remote-work that has been sparked by the pandemic. People are “naturally interested in choosing the fastest way to work,” he said. “If that happens to come with better privacy and security, their employer will be happy to [switch].”

And though the browser has seen considerable growth in the last year, Brave’s numbers still don’t yet stack up to major competitors. Google’s Chrome browser, which developed the same Chromium technology that Brave is based upon, has far more users. Chrome’s Android app surpassed 5 billion downloads last June, according to The Geek Herald.

Chrome maintains 68% of the market share, according to NetMarketShare, which does not feature Brave on its list. StatCounter, Wikimedia, W3Counter also show that Chrome is by far the most dominant browser. They, too, have left Brave out of calculations.

Brave has long sought to destabilize Google’s hegemonic share over the browser and advertising market.

It has lodged several complaints with authorities. In a letter to the UK Competition & Markets Authority in February, it argued that Google collects too much data about its users and repurposes “between its businesses and products in bewildering ways.” In September 2019, Brave alleged that Google uses hidden web pages to send personal information to advertisers.

Brave would surely benefit from the fallout. So far its actions have not caused heads to roll at Google. But its numbers show that, slowly, its efforts are beginning to pay off.

“The battle is already starting to rage between governments and companies seeking more and more of our data and the rights of an individual to protect their own data,” said Reuben Yap, Project Lead of ZCoin, a privacy coin. Brave has proven itself to be one of the top contenders.