Solana rallied from $30.9 to $37 over the weekend, a nearly 20% increase. This move was quickly reversed, and SOL broke through the $31 support level the day before. It fell to the point where higher timeframe traders might be interested in bidding for the asset.

For Solana to present a more appealing short-term outlook for bulls, Bitcoin would need to reclaim the $20k and $20.8k levels. In the meantime, long-term investors can consider purchasing Solana near the low end of a range that dates back to late May. 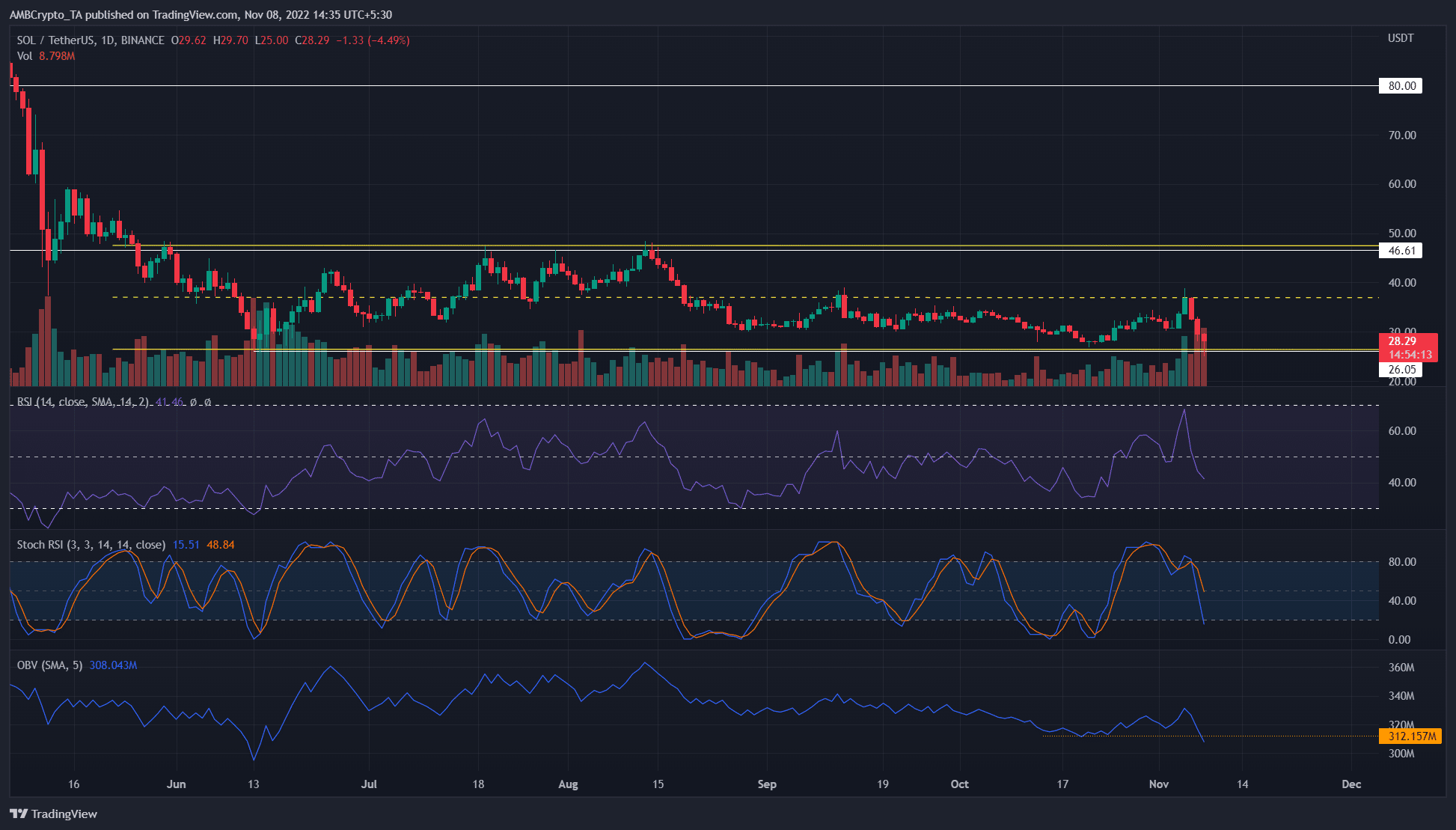 Solana formed a range between $47.5 and $26.4. This range’s mid-point lay at $37, a level that has acted as resistance since mid-August. The recent rally was unable to break above the $37 mark, its third attempt in as many months.

The 12-hour RSI fell below neutral 50 to show that momentum was in the hands of the sellers. The Stochastic RSI plunged toward oversold territory as well. The trading volume over the past couple of days was well above what it had been on any day in October.

To highlight this fact, the OBV took a swift tumble almost overnight. It broke beneath a support level in mid-October. Moreover, the OBV has been forming lower highs since August. This suggested that Solana did not experience strong demand in the past few months.

In light of the absence of buying pressure, a bounce from the range low might not be strong. The $26-$26.5 could offer a buying opportunity on a retest but traders should be eager to take a profit on a bounce in price. $30 and $37 are important levels of resistance for bulls to flip to support.

The funding rate also reflected the heavy selling volume in recent hours. The metric fell quite sharply on DyDx to show that market participants were overwhelmingly bearish.

Social dominance also saw a sharp uptick in the past few days. However, the surge was not enough to match the ones seen within the past six months. NFT trades count was also near the lowest it can get. The past month averages around a dozen NFT trades a day.

A bounce from the range lows could materialize. However, Bitcoin was trading beneath the $20k mark and had substantial resistance at $20.2k itself. A rejection for BTC can spark another leg downward for Solana.