Following a short-term rejection of Bitcoin [BTC] at $16,950, ADA bulls may attempt to retest $0.2785, but extending beyond this level may appear difficult. 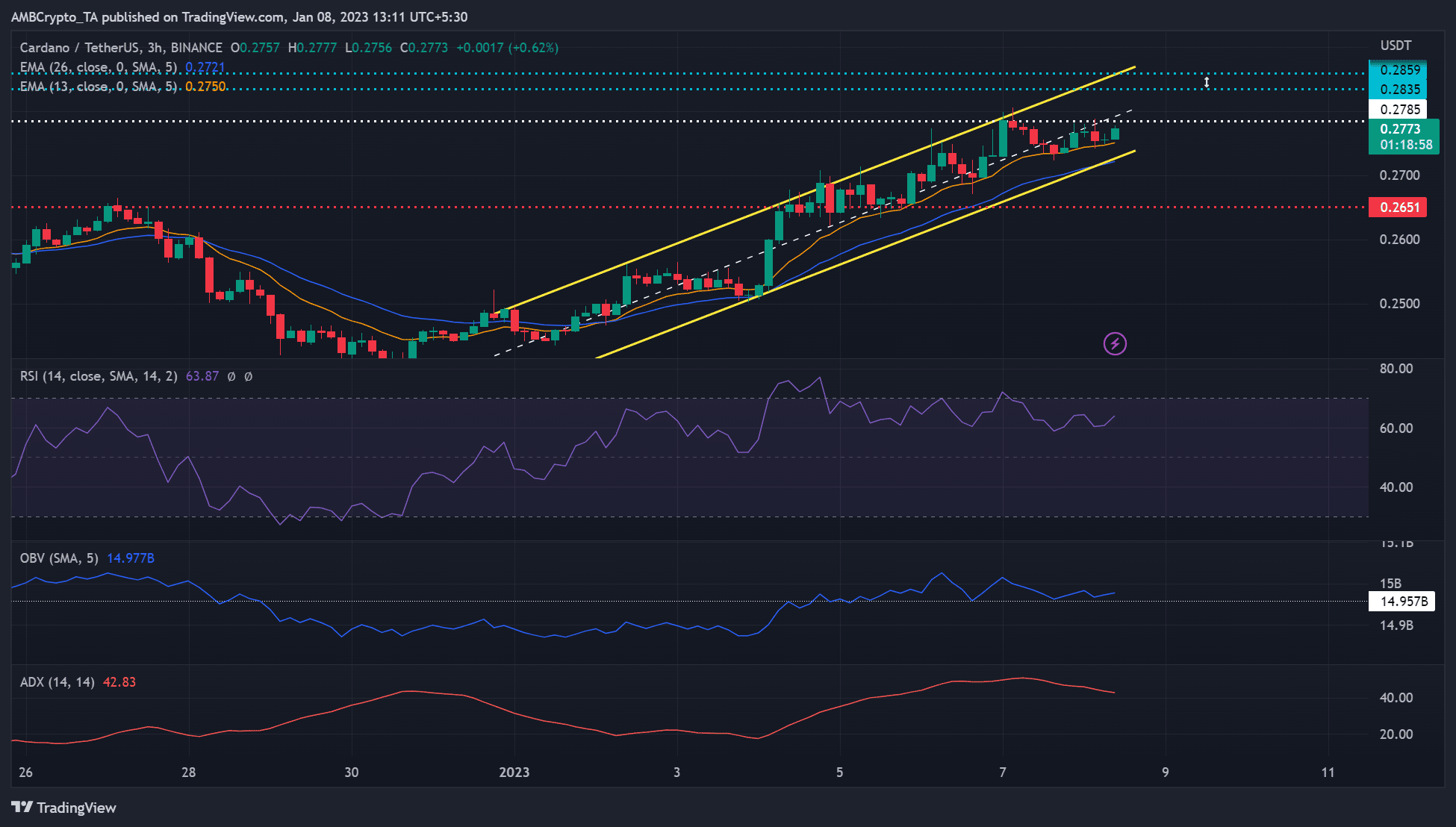 ADA faced a bearish order block at $0.2785 on the three-hour chart. ADA may only overcome the obstacle and trade sideways if BTC takes a definitive direction.

The Relative Strength Index (RSI) pulled back from the overbought zone but moved within a range. The On-Balance Volume (OBV) also fell but moved sideways and reached almost the same lows. This showed that the buying pressure eased, but later, opposing selling pressure forced ADA to fluctuate within a range.

The bulls had more influence overall. It was worth noting that despite the decline, the overall bullish momentum was still strong, as shown by the Average Directional Movement Index (ADX) of 42. Thus, the bulls could attempt to retest the $0.2785 level.

However, given BTC’s short-term sideways trading pattern, a break above this level might be unlikely.

Alternatively, the obstacle at $0.2785 could tip the scales in favor of the bears. This could cause ADA bears to break below the 13-period exponential moving average (EMA) of $0.2750, rendering the above forecast invalid.

ADA saw a decline in hourly and daily active addresses, which could undermine further upside momentum. In addition, weighted sentiment sank deeper into negative territory. This indicated an extremely bearish outlook for the asset in the near term.

However, a bullish BTC, especially a break above $16,950, could spur ADA bulls to overcome the $0.2785 obstacle. Therefore, investors should follow the movements of BTC to get a more reliable ADA price trend.