Chiliz has been held captive by bears since November 21. In early December, it fell below the lows of a four-month range. The asset lost 41.8% between the 1st of December and the swing low late in the same month.

Chiliz bulls must temper their enthusiasm with caution 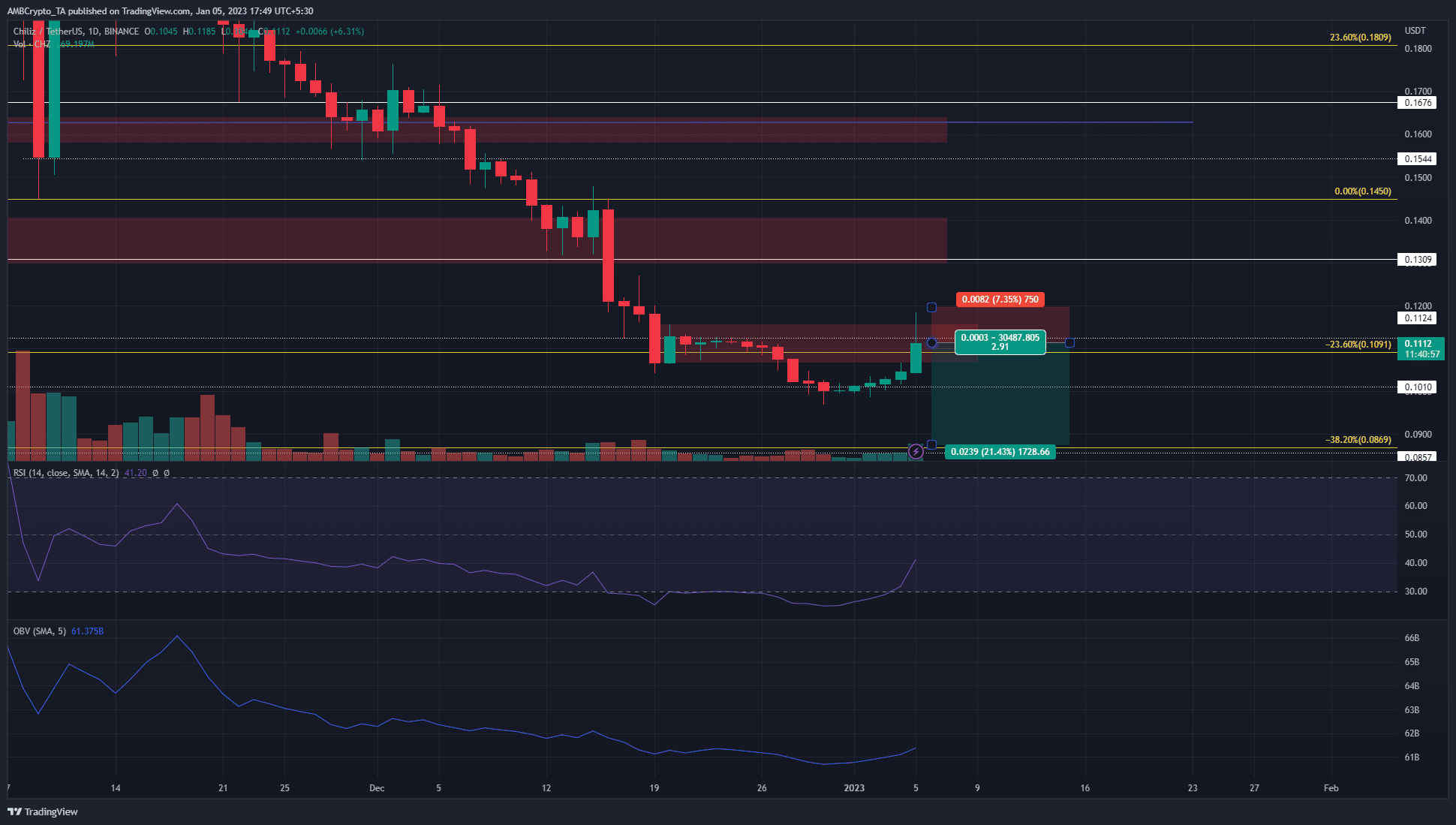 The trend of CHZ on the higher timeframes was strongly bearish. This was evident on the charts based on the series of lower highs and lower lows the price has made in recent months. On the most recent drop, Chiliz formed a bearish order block on the daily timeframe.

The move downward from $0.145 to $0.1 devastated the bulls, and also offered areas of interest for the bears to look for shorting opportunities on a retest. One such area sat at $0.111. The move upward on 20 December signified an area where the price consolidated before the move downward.

Additionally, the past few hours of trading saw CHZ boost as high as $0.1185. In doing so, short positions were caught offside, and liquidity was collected. Based on the market structure and the bearish order block, it appeared likely that the short-term surge and reversal from $0.1185 was likely to be followed by more losses.

Dormant circulation wakes up after the brief upward surge, and the result could be strongly bearish

The exchange flow balance showed a large amount of CHZ withdrawals on 5 January as well as flow into exchanges. Overall, the tokens withdrawn were more in number. At the same time, the dormant circulation (90-day) saw a massive spike.

This indicated formerly dormant tokens were suddenly on the move. Considering the fact that we could have witnessed a liquidity hunt a few hours earlier, the flow of tokens into exchanges likely foreshadowed a large wave of selling.

The 30-day MVRV ratio recovered above the zero mark and could climb higher. However, it was also in a place where short-term holders will look to take profits. This could add to the selling pressure.