Bitcoin Cash [BCH] surged mid-week, aiming for its pre-FTX implosion value of $126. However, it encountered several roadblocks along the way, but the goal remained the same. At press time, BCH was trading at $114.1, up 30% from its low of $87 on November 9th.

If the bulls keep the momentum going, BCH could reclaim its former glory after breaking through resistance at $117.7. 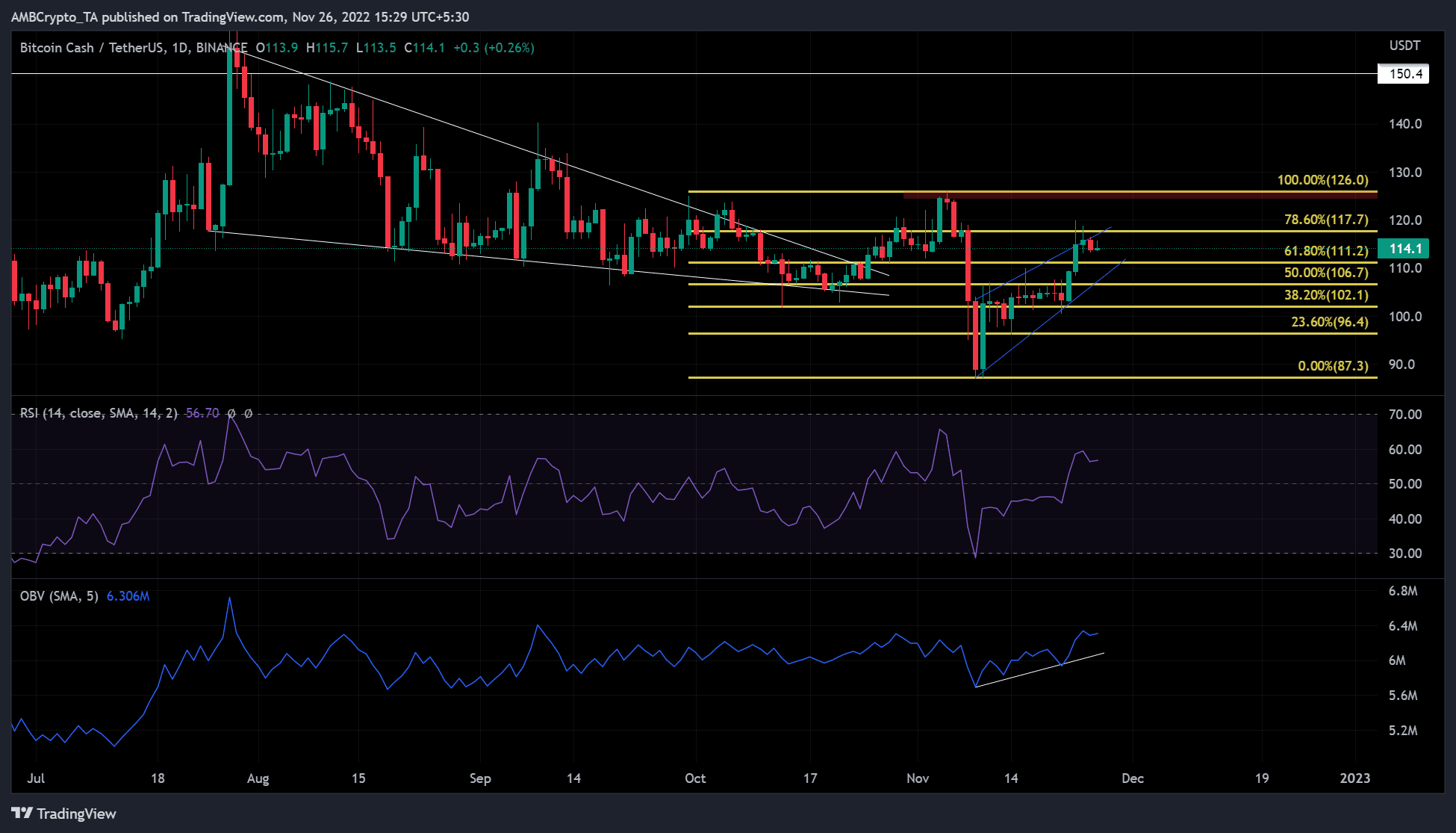 But the FTX implosion broke the uptrend and forced a downtrend at $126, driving BCH’s nostalgic rally to a halt.  Since 10 November, BCH initiated another price recovery.

The rally was reinforced on 22 November after BTC recaptured $16K. The Relative Strength Index (RSI) was at 56, indicating that stronger upward momentum is developing. On-Balance Volume (OBV) has also reached several highs over the past two weeks.

BCH’s Open Interest rose after the 8 November market crash, but…

According to Coinglass, BCH’s open interest (OI) increased after the crypto market crash. This showed that there were more derivative contracts and, therefore, more money flowed into the futures and options market. This was a strengthening market, which was consistent with the upward trend of BCH since 10 November on the daily price chart.

However, since then, the market has lost traction as BCH entered the weekend with a slightly falling OI. If the decline in OI continues over the long term, a trend reversal in addition to a price correction could be imminent.

Furthermore, data from Santiment showed a negative sentiment extending slightly southward at the time of publication. Throughout Q3, BCH prices showed a positive correlation with the sentiment. Thus, if negative sentiment persists over the long term, a price correction could be likely.

Therefore, BCH ‘s sensitivity to BTC and overall weighted sentiment should be among the most important factors before long-term holders of BCH positions trade.