Bitcoin fell as low as $15.5k in two days of trading, but immediately recovered and fought its way back above $16.2k. However, it encountered resistance in the $16.5k-$16.7k range. Dogecoin rose alongside Bitcoin on the charts, gaining 15% in the last 36 hours.

The US Dollar Index was at 107 at the end of November, but it has been declining since then. Volatility is to be expected with the release of the FOMC minutes later in the press day. Will the bulls be able to maintain their lead, or will the bears retake control of the crypto market? 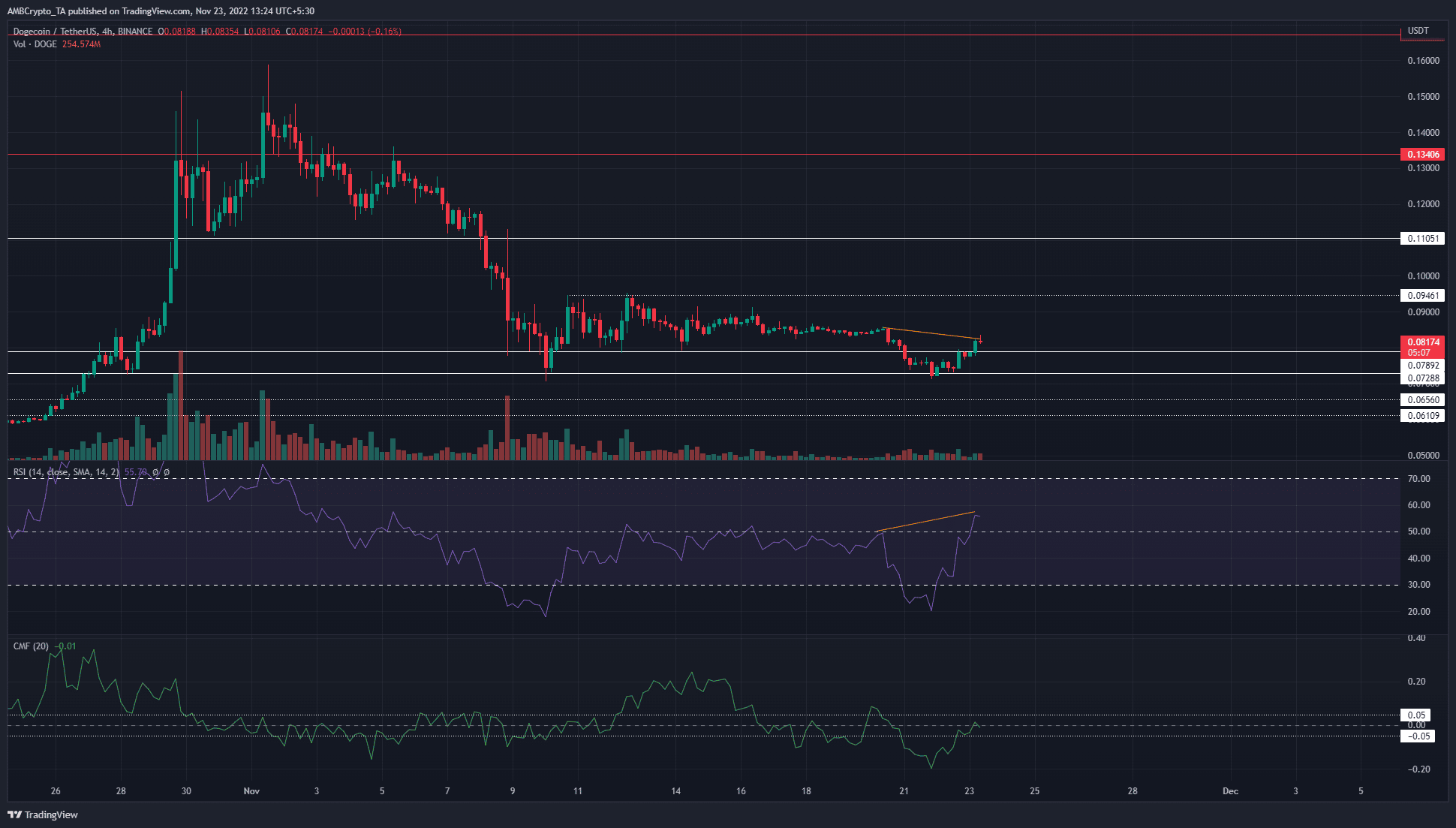 From 8 to 14 November, the region from $0.078-$0.082 was a place where the price regularly wicked down before seeing a bounce. This suggested that strong demand was present, and even a move to $0.073 was quickly reversed. It was this same region within which Dogecoin traded at the time of writing.

$0.0835, $0.089, and $0.0946 are stiff resistance levels to the north. The four-hour chart showed the market structure to be bearish. Meanwhile, even though the RSI climbed back above neutral 50, it exhibited a hidden bearish divergence. This suggested that the previous downtrend could continue soon. The Chaikin Money Flow (CMF) was near 0 and the inference was that strong money flow into or out of the market was not yet indicated.

Cautious traders might want to wait for Bitcoin to make up its mind over the next day or two. The trend has been downward, but the FOMC meeting could throw a wrench into the plans of both bulls and bears.

The funding rate was positive on Binance. This meant that futures market participants have been bullish in their outlook in recent hours. A fall beneath the zero mark can be indicative of heavy selling pressure on lower timeframes.

The social dominance metric soared earlier in November and still stood strong at 4.3%. However, the weighted sentiment was in negative territory to point out that the social mentions of DOGE were negative overall. A strong rally could change the outlook on social media. To do that,  $0.089 and $0.094 would have to be flipped to support levels.