According to an announcement made on January 13, Ethereum [ETH] holders now have an additional incentive to keep their funds on MetaMask, as MetaMask staking will serve as the new Ethereum staking programme.

Prior to this announcement, ETH holders had to move their funds to a different wallet when staking because MetaMask did not support direct staking. However, this new announcement will allow liquid staking on Rocket Pool or Lido DAO [LDO].

The announcement comes at an ideal time, as the crypto market was showing signs of recovery at press time. As such, investors will now be more likely to hold on to their ETH with a long-term focus. Notably, Ethereum’s total value locked in DeFi grew from as low as $38.6 billion on 2 January to $43.46 billion on 13 January. 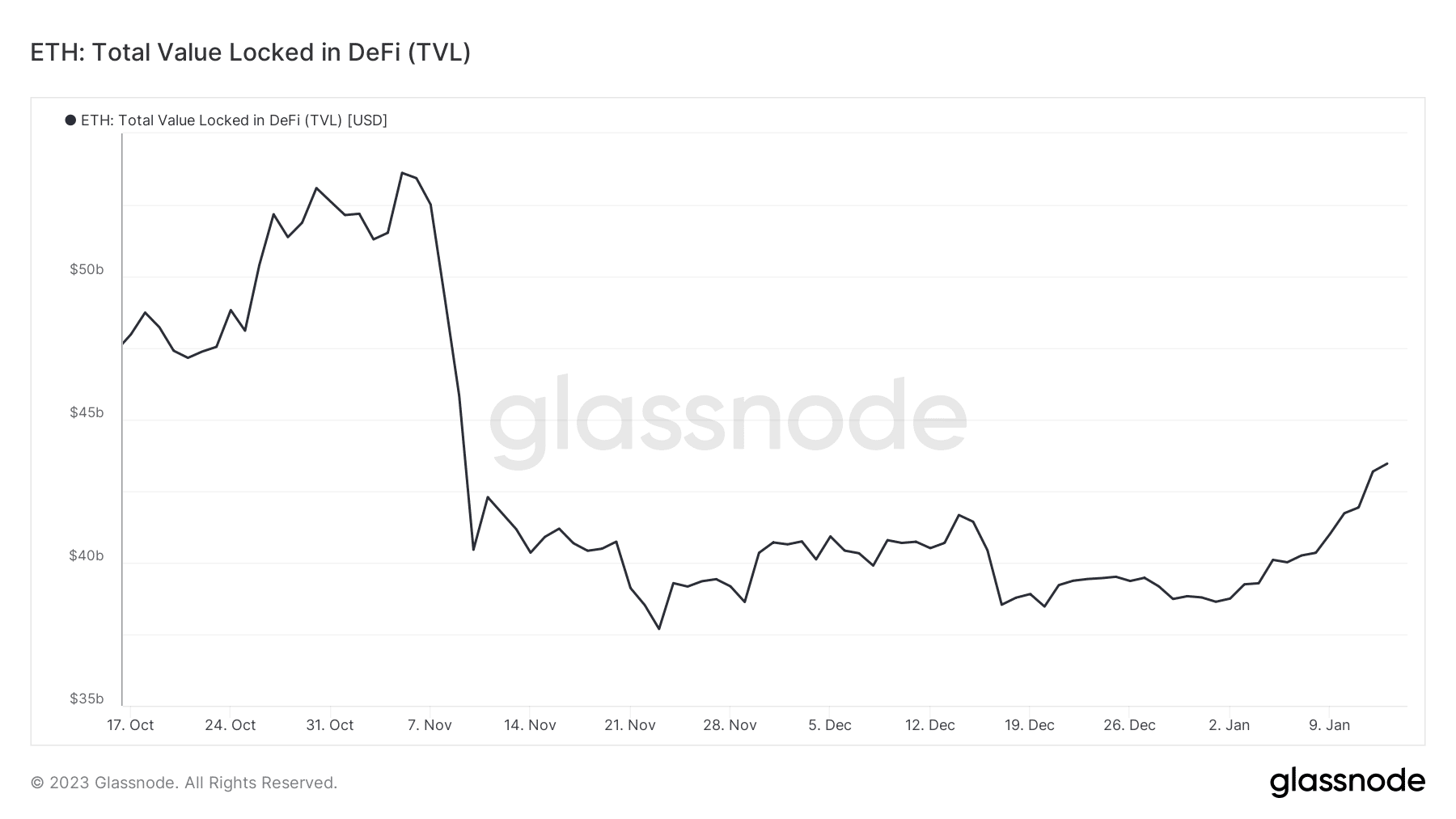 Having staked ETH is a great way to earn passive income as the market recovers. But can Ethereum really sustain its current upside? Whether the current rally is the start of the next bull run or just another relief rally is still anyone’s guess. Nevertheless, ETH is currently approaching a key resistance level within the $1640 to $1660 price range.

Are ETH bulls getting exhausted?

A couple of things to note: ETH rallied as high as 1591 in the last 24 hours, putting it closer to the resistance range. It has since then experienced a slight pullback, indicating that sell pressure was manifesting. 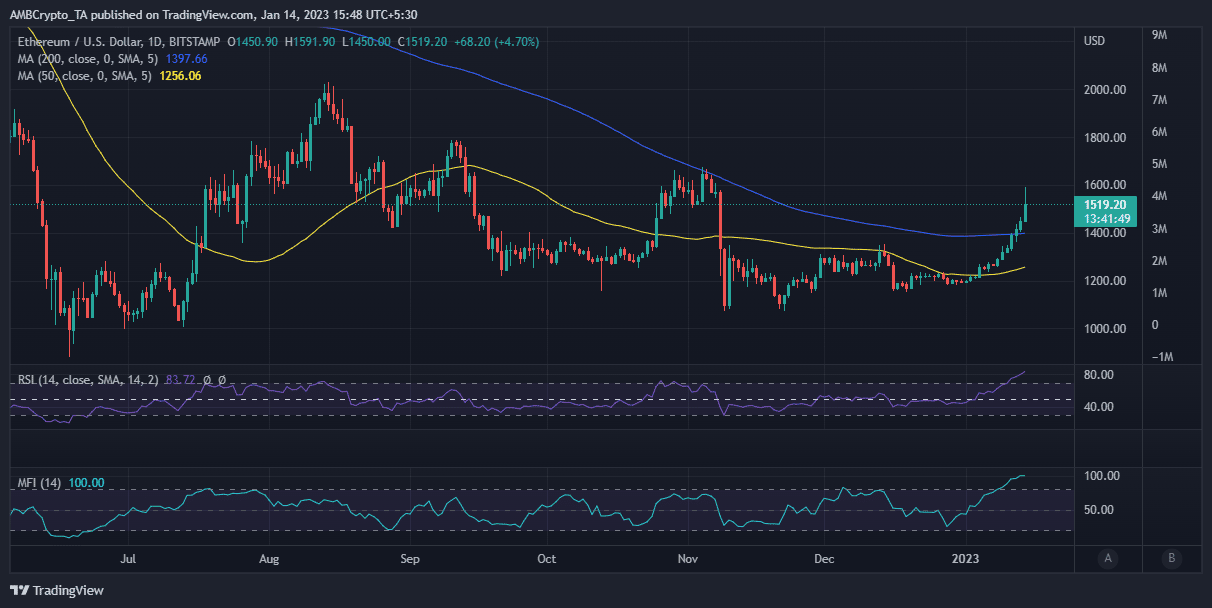 Also worth noting is the fact that Ethereum’s native token was deeply overbought at press time. Sell pressure is more likely to manifest within the overbought zone. Perhaps exchange flows may help gauge the level of incoming sell pressure. The latest data revealed a sharp drop in exchange outflows.

The above observation suggested that the amount of ETH flowing out of exchanges is slowing down, a reasonable outcome now that the market is in overbought territory. This outcome might set the price up for a sizable retracement if the price fails to rally into the next resistance range.