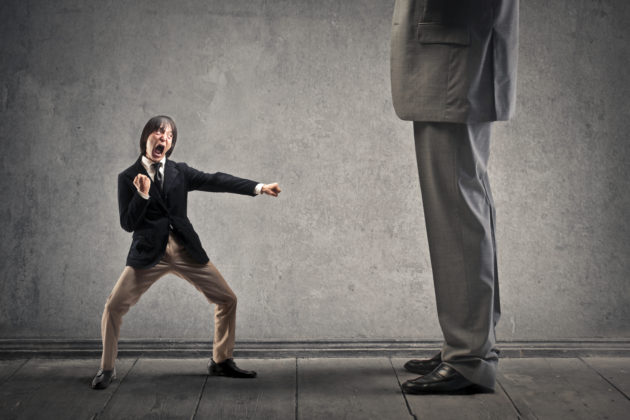 It’s been a tough week for all cryptocurrencies, Ethereum included. Investors at the start of this week were expecting this nascent market to push to new yearly highs, but their perspective quickly changed when most digital assets plunged by 10% over the course of two days.

The dump coincided with fears that Satoshi Nakamoto — the pseudonymous coder behind the earliest iterations of the Bitcoin project — was selling his stash of BTC. With Nakamoto believed to wield a large amount of Bitcoin worth billions, it was no surprise the market fell quickly.

While some are expecting a crypto market recovery because it was revealed that Nakamoto most likely isn’t selling his Bitcoin, analysts say Ethereum is running up against crucial levels of resistance, restricting upside.

On the day, Ethereum is up 4%, outpacing most cryptocurrencies in the top 10, though the rally is expected to stop soon.

One prominent crypto market technician recently shared the chart below, indicating that Ethereum is currently “approaching heavy resistance with the weekly open and monthly open coming up.”

Unfortunately, it’s unlikely to break through these resistances.

Per previous reports from Bitcoinist, cryptocurrency exchanges are holding (aggregate) more Ethereum than ever before, with addresses owned by platforms like Bitfinex and Binance holding ~18,000,000 ETH.

A prominent data analyst remarked that this is a potentially bearish sign for the cryptocurrency:

“ETH balances are basically at all-time highs, and are up 132k ETH (~26M) since Black Thursday… My interpretation here is that it’s bullish for btc/bearish eth,” the analyst opined through a Twitter thread that was about cryptocurrencies that exchange wallets hold.

Ethereum’s bearish outlook can be corroborated by another trader, who shared that ETH is in a textbook “corrective pattern” that could end up with the asset trading around the $50 level.

Despite the bearish short-term outlook, some analysts have asserted it isn’t wise to doubt ETH’s long-term outlook.

Messari’s chief executive Ryan Selkis explained that the introduction of decentralized finance (DeFi) into the blockchain’s repertoire gives ETH a “higher ceiling” to rally towards in the long run.”

Whether this comment was made in reference to Ethereum’s performance against the U.S. dollar or against Bitcoin was not made apparent.