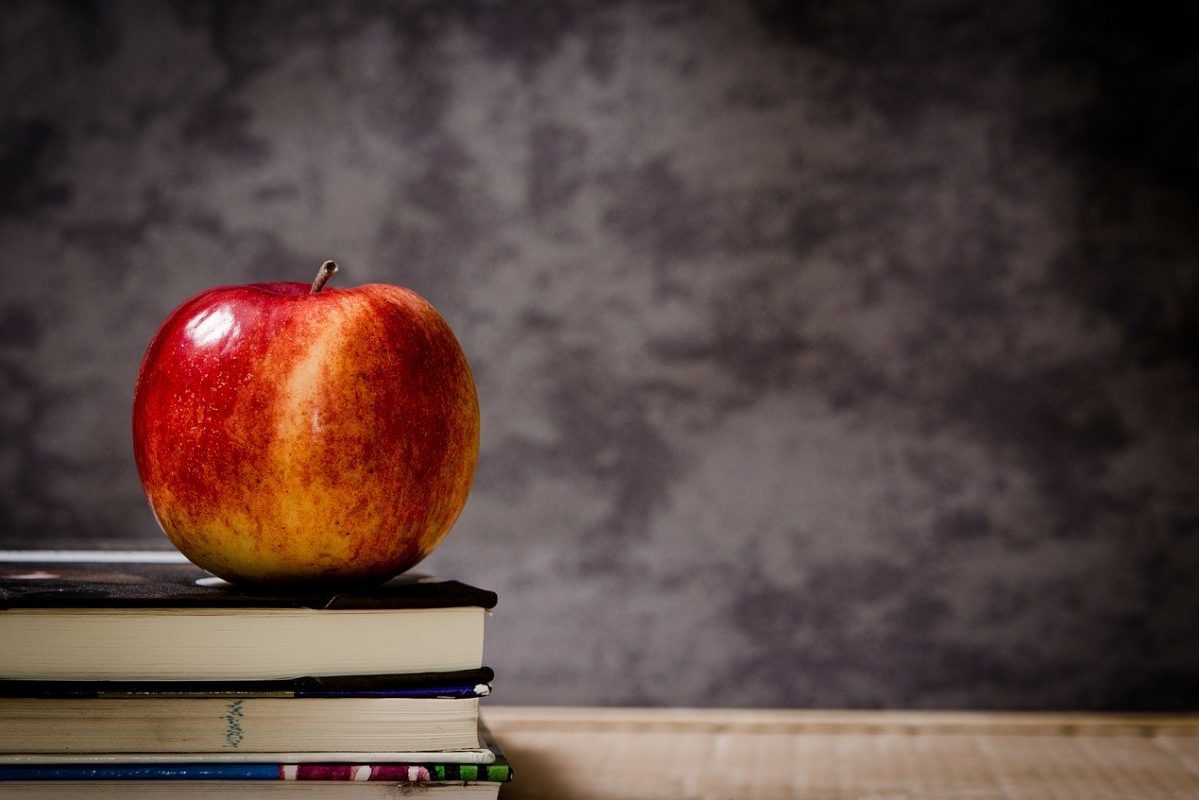 The cryptocurrency market noted a rather flat month in May. While the general consensus in the community was that Bitcoin’s third halving will rally the bull market, the bulls did not materialize. However, with the last month of the second quarter now beginning, a new phase of market fluctuations may just dawn upon everyone.

Another day, another ATH. The derivatives space has seen significant growth after the crash in March, something that suggests a rising interest in the market. The Options market is evidence of that after Ethereum‘s Options volumes on the crypto-derivatives platform Deribit broke yet another record after it skyrocketed all the way to a new high of $30 million on 1 June. According to the latest Skew charts, the Open Interest, which has been on the rise for quite some time now, also hit a new ATH on the same day and registered a figure of $136 million. 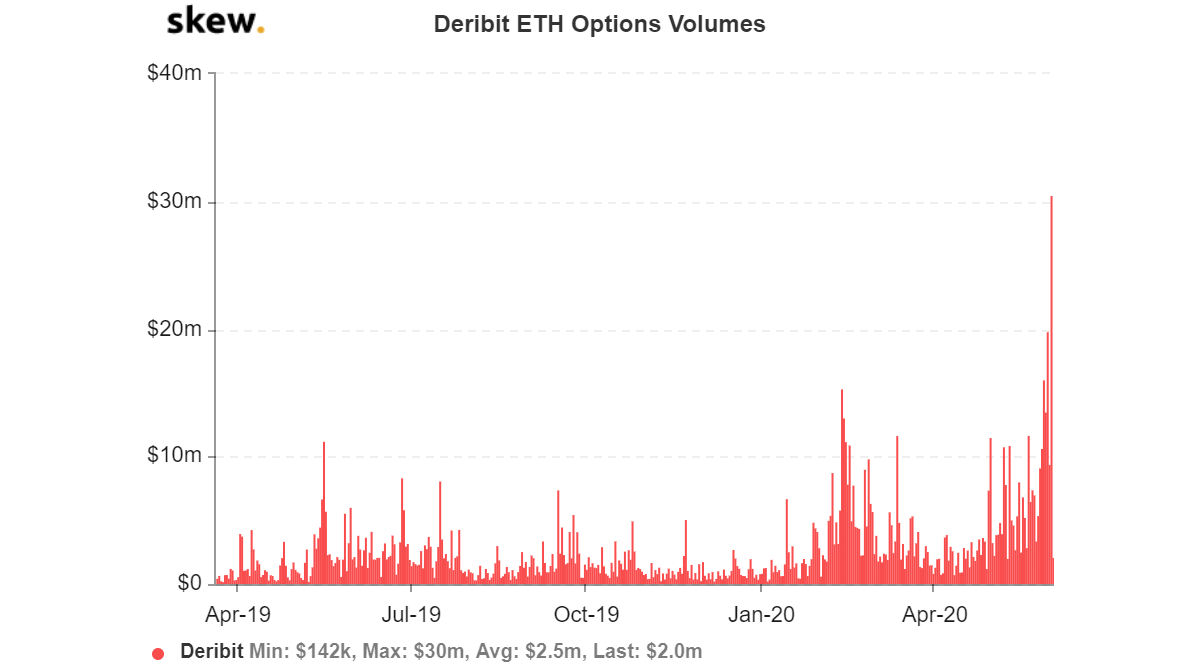 These findings suggest a rising interest among traders in the Ethereum market, with many of them anticipating the world’s largest altcoin to make a big move in the days and weeks ahead. Interestingly, the aforementioned development in the Options market coincided with the coin’s bullish price action nearing the $250-mark. And while the coin showed subtle signs of weakness over the past couple of days, it subsequently did strengthen its position, trading at $247.5 at the time of writing, after a drawn-out consolidation above the $200-level. 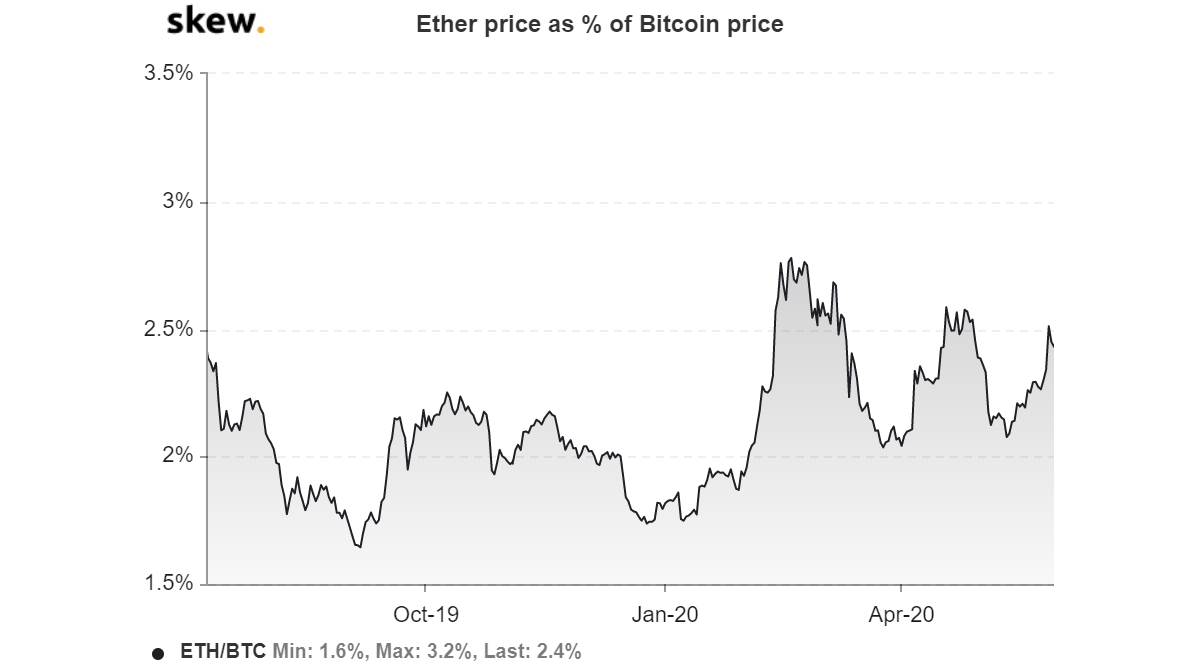 Ethereum saw another attempted breakout against its Bitcoin trading pair on 31 May. This was the third attempted breakout this year, indicative of a possible highly volatile period in the near-term. Additionally, Ethereum’s 25d skew dived below the zero-line, with the same hovering in the negative zone, at press time. 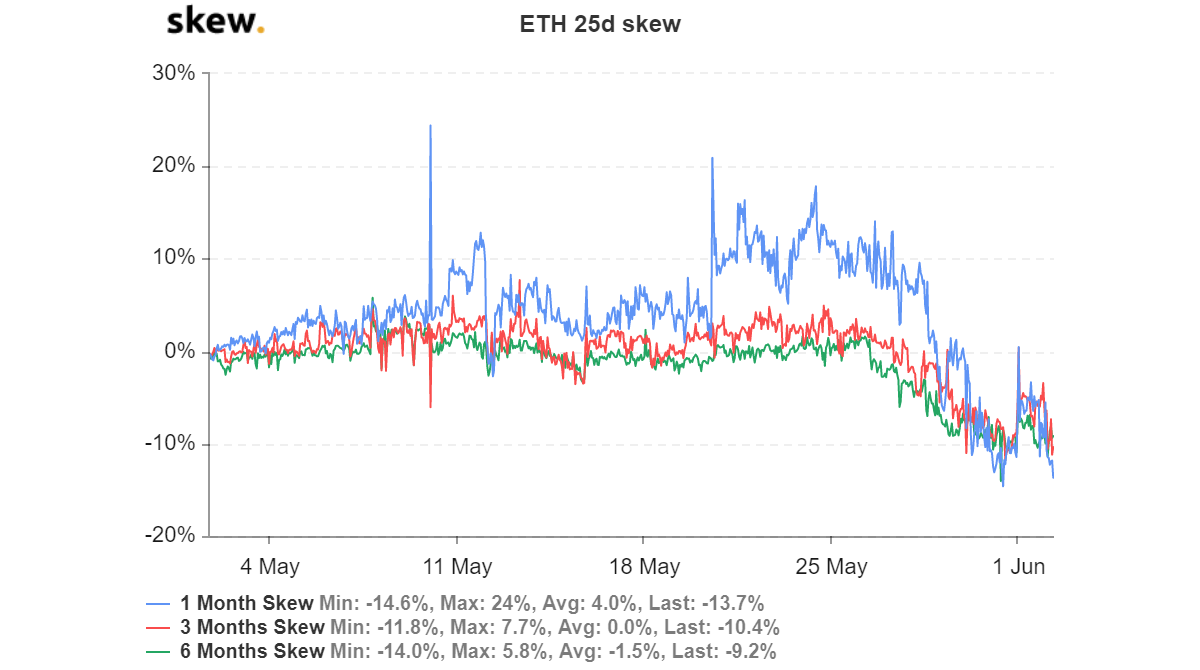 The imminent volatility expected by the market’s traders could be due to the upcoming launch of ETH 2.0. This sentiment was highlighted by the strong performance of yet another on-chain metric as the crypto-analytics firm Glassnode revealed that the number of addresses holding over 0.1 ETH reached an all-time high of 2,931,809.000.