As the price of the major altcoin Ethereum [ETH] remained above the psychological support level of $1,200, Santiment data revealed that sharks and whales increased their ETH holdings in the last 13 days.

🦈🐳 #Ethereum is limboing just above the $1,200 psychological support level, and is down a modest -3.3% in the past week. Sharks & whales, meanwhile, have rapidly added $ETH to their bags, increasing their holdings by 3.52% in just the past 12 days. https://t.co/dLz52ovfTs pic.twitter.com/fTrwdn8Ku0

ETH witnessed a 4% price drop in the last seven days. However, according to the on-chain analytics platform, ETH addresses that hold 100 to 100,000 ETH grew their holdings by 3.4% in the last 13 days.

For context, 13 days ago, Binance co-founder and CEO Changpeng Zhao made the first tweet about FTX that cascaded into the exchange’s eventual collapse. Subsequently, ETH sharks and whales embarked on an accumulation rally as the general cryptocurrency market plummeted.

Per data from Santiment, this cohort of ETH holders currently held their largest percentage of ETH’s supply since July 2021 – 46.85% at press time.

Although ETH traded at the price level last seen in June, on-chain data revealed that HODLers have increasingly accumulated the leading alt since 6 November.

Furthermore, data from CryptoQuant showed a consistent decline in the coin’s exchange reserve. In the past two weeks, the amount of ETH on exchanges declined by 10% and sat at 20.33 million at press time. 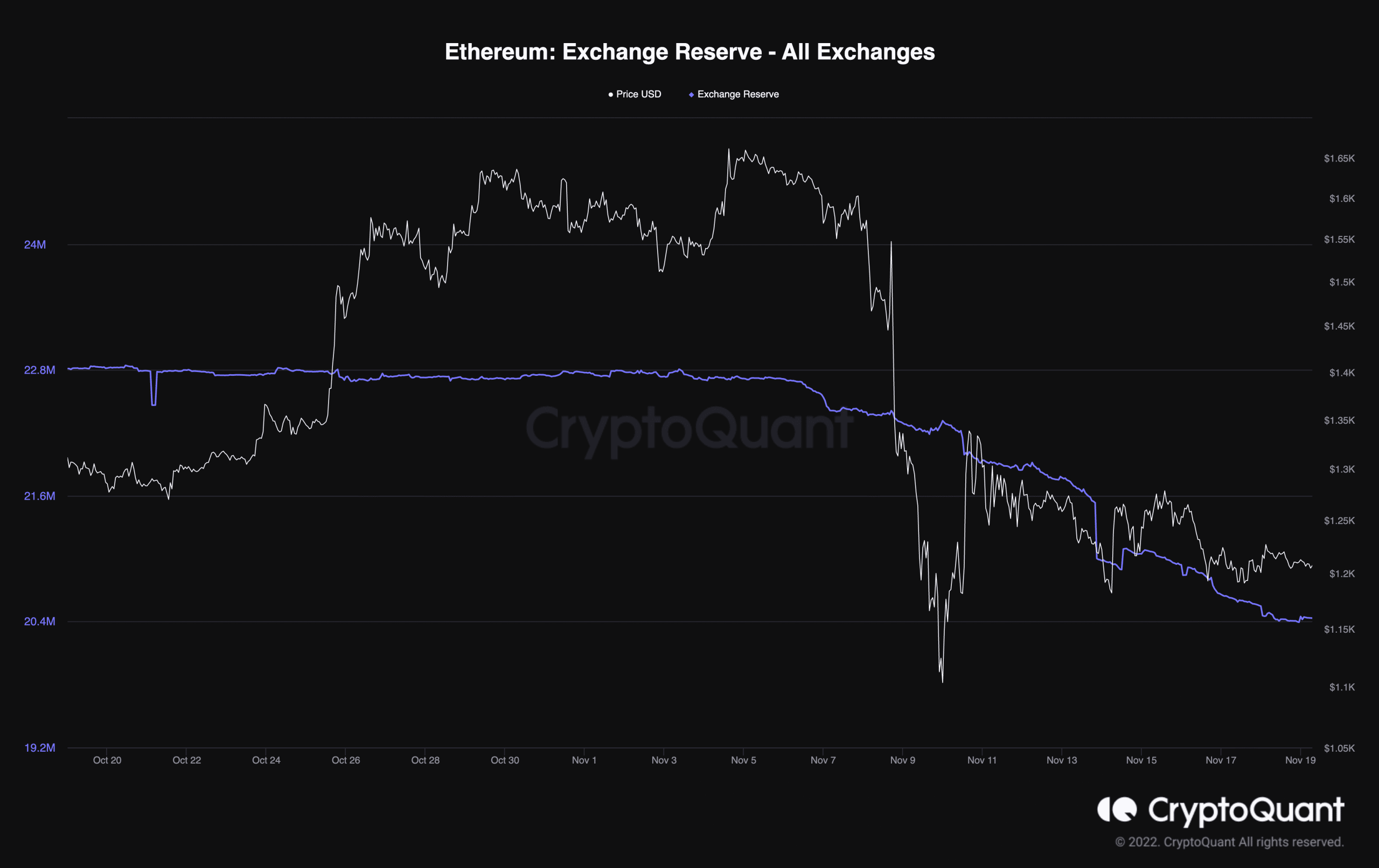 This was an indication that fewer ETH sell-offs have taken place since FTX’s collapse, and more investors have bought than sold since then.

However, as uncertainty and FUD trailed the general cryptocurrency market following FTX’s collapse, investors’ sentiment toward ETH remained mostly negative and sat at -0.613 at press time.

In addition, most ETH holders held on to their tokens at a loss since 6 November, data from Santiment revealed. The Market Value to Realized Value (MVRV) ratio at press time was negative -19.41%.

If most holders have seen losses on their investments since 6 November, why the continued accumulation? A look at ETH’s funding rates can explain this.

Since 6 November, ETH’s funding rates have been primarily negative. This meant that the ETH market was flooded by short traders who accumulated in expectation of a further price decline. 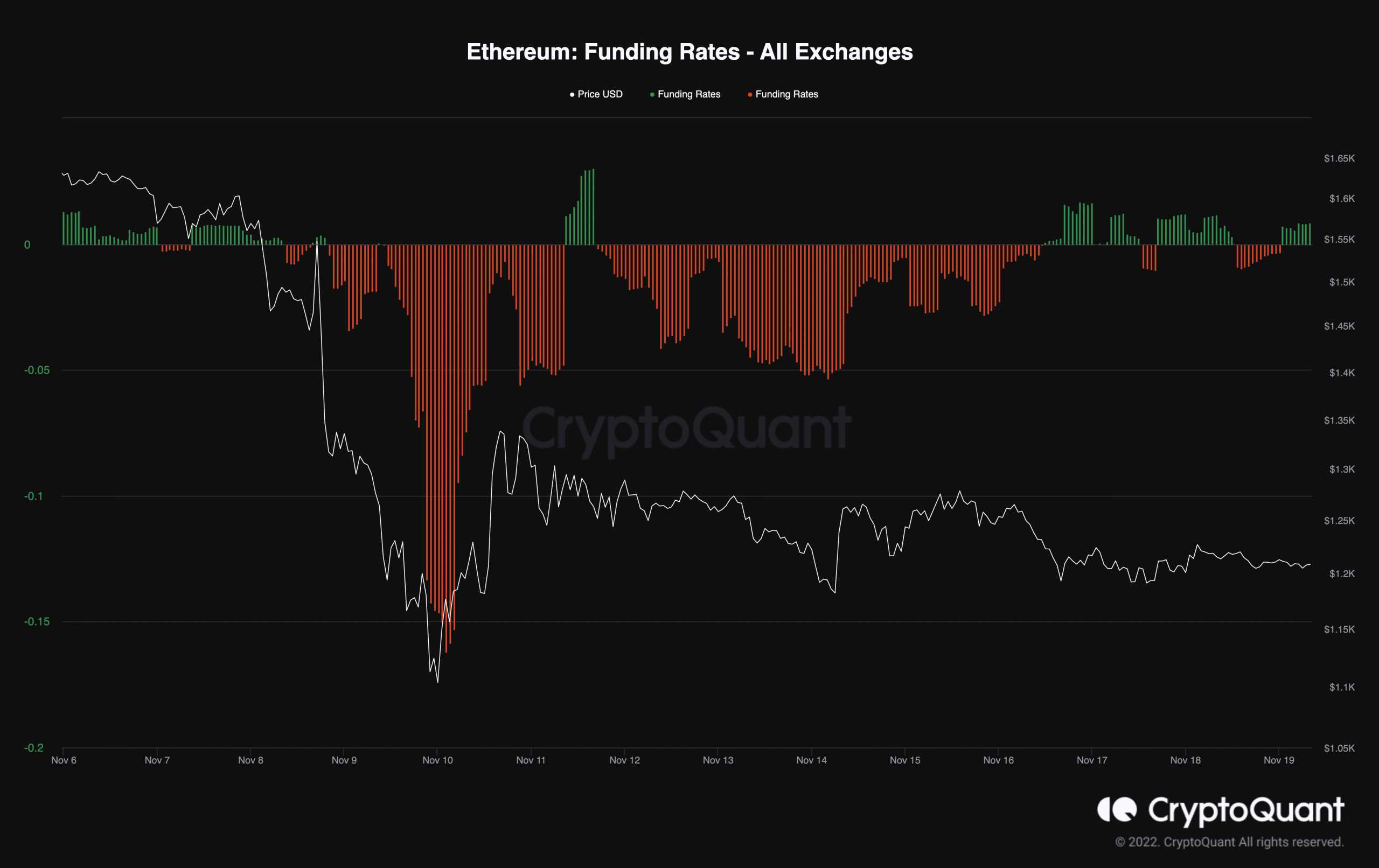