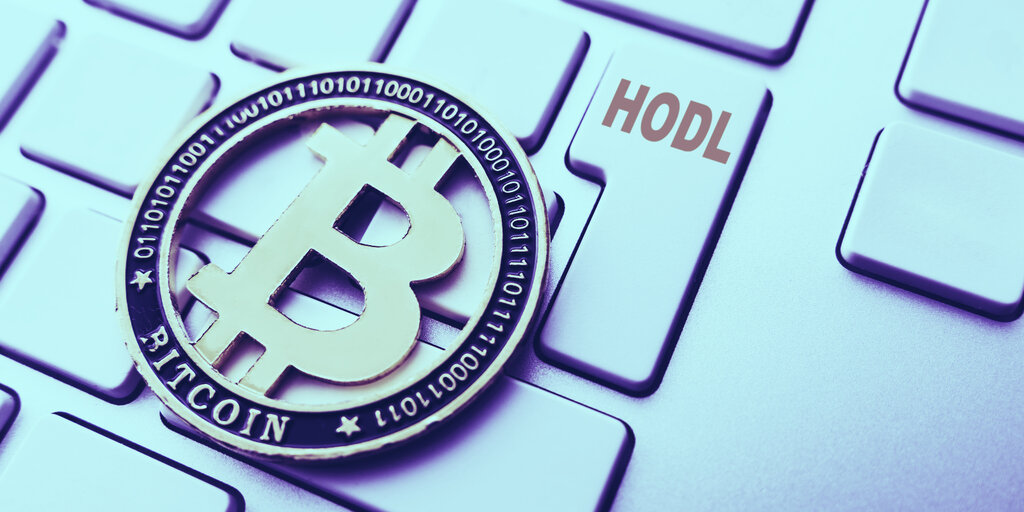 Over 60 percent of Bitcoin supply has not moved in over a year, data from Glassnode shows.

New figures from the market intelligence firm show that investors haven’t HODLed this much Bitcoin since 2016—the year before the 2017 bull run, the firm said in a tweet.

60% of the #Bitcoin supply hasn’t moved in over a year, showing increased investor hodling behaviour.

Last time we saw these levels was right before the $BTC bull market of 2017. pic.twitter.com/mRXQmhUzGu

Bitcoin investors have recently demonstrated that they are optimistic about the market.

Despite a disastrous crash in March that almost cut Bitcoin’s price in half, the biggest cryptocurrency by market capitalization made an amazing recovery—with long-term holders appearing to be unaffected by the drop in prices.

In fact, the Hodler Net Position—the monthly position change of long term investors—remained positive during the crash and has climbed to new highs.

Glassnode last month also said that while long-term investors were holding on to their investments, retail investors were using the low prices from the crash to invest further.

The market cap is calculated by adding up the price of a currency and multiplying it by the total coins in circulation. But huge amounts of Bitcoin stay put—often for years.

Crypto data firm Coin Metrics has long argued that dormant Bitcoin should be left out of calculations about market cap—which is generally seen as an indicator of the health of the Bitcoin market.

Through this method, it wrote, “if a coin last moved in 2017 when the price of the asset was $2,500, that particular coin would be priced at $2,500 instead of the current market price.” The realized market cap can be worked out by calculating the sums of the prices of these coins.

However Bitcoin’s market cap is worked out, Glassnode’s research suggests the industry has enough time to work things out: the Bitcoin’s not moving anywhere any time soon.