According to a 14 January tweet from Santiment, increased whale activity since the start of the new trading year has resulted in a 26% increase in the price of Bitcoin [BTC].

🐳 Amongst many of the foreshadowing metrics for this 2023 breakout was the rapidly growing amount of addresses holding 100 to 1,000 $BTC. Price pumps generally occur marketwide when whales accumulate #Bitcoin. The #1 asset in #crypto is +26% in two weeks. https://t.co/JMh83m3mIu pic.twitter.com/FiRTLIc3LB

According to the on-chain data provider, the count of BTC whales holding 100 – 1,000 BTCs rallied by over 3% in the last two months. At press time, the count of this cohort stood at 14,110 whale addresses.

When whales intensified the accumulation of a crypto asset, it often created a positive sentiment among other investors. This leads to an increase in demand for the asset, which can, in turn, drive up its prices.

Open interest refers to the number of outstanding contracts, or positions, that have not yet been settled. An increase in open interest suggested that more traders and investors were entering trading positions on the asset. This is often regarded as a sign of increased demand for the asset, which precedes a price rally.

Likewise, funding rates on the BTC network since 2023 have been positive, data from CryptoQuant showed. 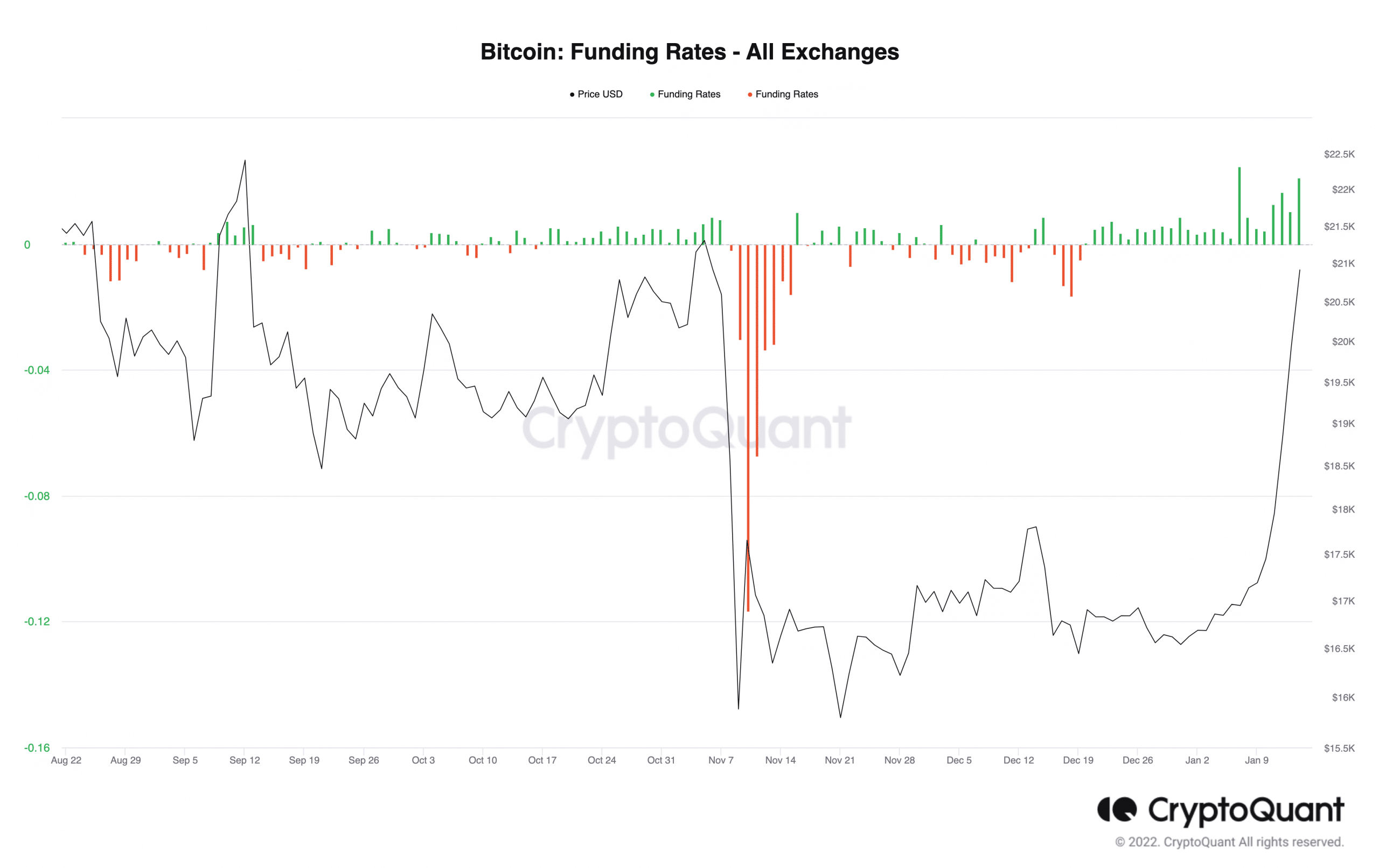 For example, despite the FTX debacle in November 2022 and the consequential decline in BTC’s value, traders were undeterred and continued to take long positions.

Keep this at the back of your mind

CryptoQuant analyst Inspocrypto found that BTC logged the highest spot inflow on 13 January, which showed that holders of 1000 to 10,000 BTC had resumed sending their holdings to exchanges.

While the increase in an asset’s exchange inflow is often regarded as a bearish sign, it could also mean that the asset is becoming more liquid and easier to trade, which can be positive for the market.

On where BTC’s price might go next, Inspocrypto opined,

“To be sure about the price movement ahead of us, we should see a retest to the aSOPR rising trend, then a (fall down) and transition to a downtrend….”