Until press time, Ripple [XRP] had rallied in the previous two weeks. However, two roadblocks prevented it from reaching the $0.4000 mark.

Despite the presence of bears, as evidenced by long tail wicks, bulls held the upper hand and could retest and push above the range upper boundary of $0.3783. 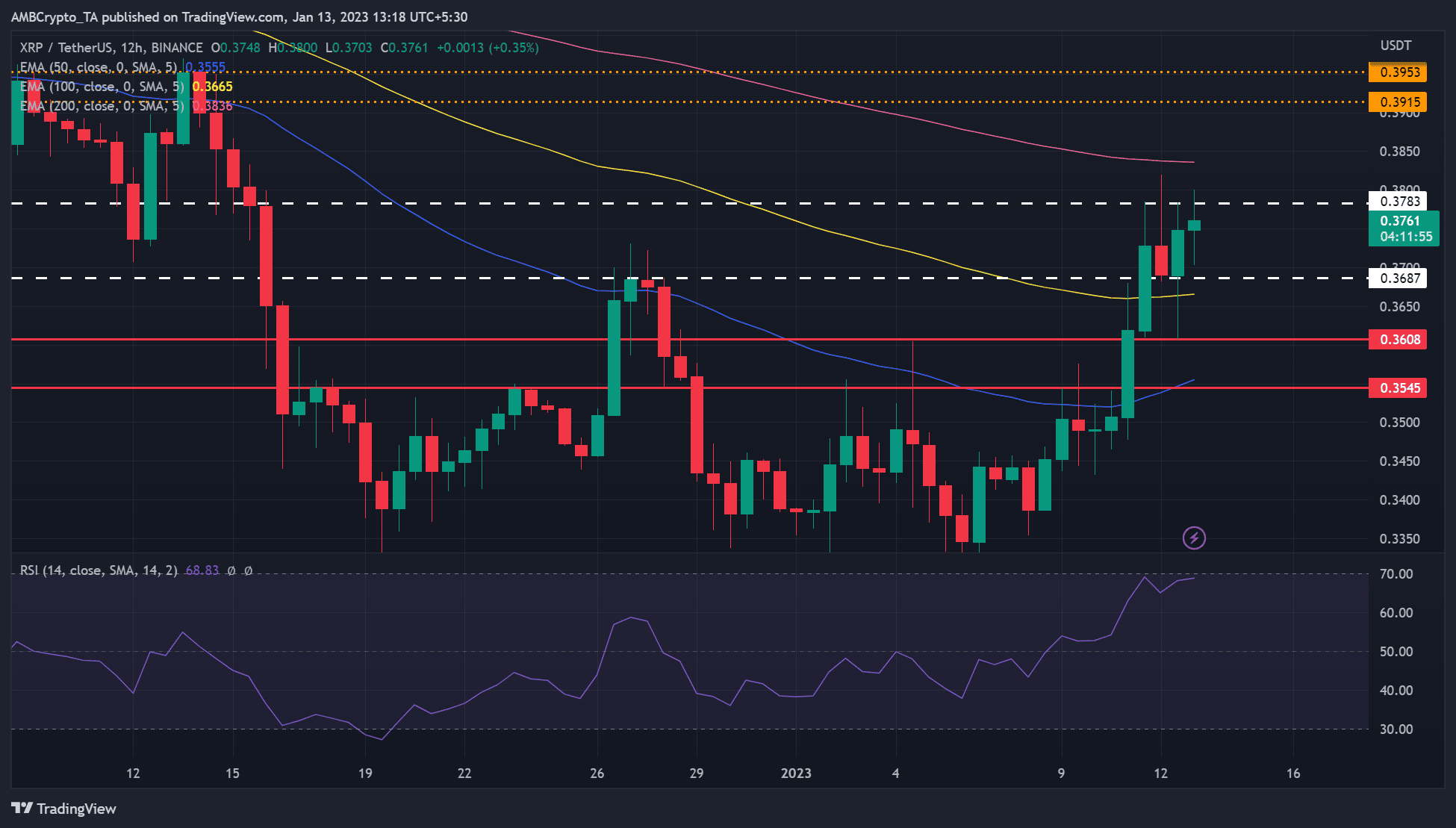 The Relative Strength Index (RSI) was in the overbought zone on the 12-hour chart, showing strong buying pressure. Therefore, XRP bulls could attempt to retest or break above the upper boundary of the $0.3687 – $0.3783 range in the next few hours/days.

A candlestick close above the current trading range will give bulls impetus to target $0.4000. However, bulls must clear the obstacle between $0.3915 – $0.3953 to climb closer to last year’s December high.

Alternatively, bears could gain influence and push Ripple below the current trading range, invalidating the above bias. However, such a downtrend could cool off at the 100-period EMA of $0.3665 or the range of $0.3545 – $0.3608.

Besides, the overbought condition, as shown by the RSI, makes XRP ripe for a price reversal. Thus, investors should track Bitcoin’s [BTC] price action to gauge XRP’s movement before making decisions.

XRP’s demand in the derivatives market remained positive, but …

However, the weighted sentiment was slightly below the neutral line, and trading volumes had declined gradually at the time of writing. This shows analysts were slightly bearish about XRP, and the dropping volumes could undermine the uptrend momentum needed to break above the current trading range.

Investors should monitor BTC performance to pin XRP price movement with more accuracy. At press time, BTC faced a price rejection at the $19,000 mark. Therefore, if BTC convincingly breaks above the $19,000 level, it could set XRP bulls to break out of the current range and target the $0.3915 – $0.3953 resistance range.