Skip to the content
Bitcoin Cryptocurrency
December 8, 2020
Spread the love

Here’s what veteran trader John Bollinger has to say about Bitcoin while it’s trading just under $19,000

In a tweet, he claims that the ongoing consolidation is “normal market action,” adding that traders should keep an eye on support:

“We reached the current level for $BTCUSD on November 18th and have consolidated to the point where the middle band has caught up with price. Normal market action so far. Let’s see if support can hold here.”

Bitcoin has been moving sideways since a sharp correction on Dec. 1 that was triggered by a failed attempt to breach the all-important $20,000.

The flagship cryptocurrency is now set to finish another day in the red after dipping almost three percent earlier today to $18,611 on the Bitstamp exchange.

Bollinger — who developed the widely used Bollinger Bands (BB) indicator — claims that that the middle band has “caught up” with the price during this consolidation period.

As seen on a daily chart, Bitcoin managed to bounce off the middle band, thus averting a steeper drop.

RECOMMENDED READ:  'We should do whatever we can' to legalize Bitcoin, says libertarian Ron Paul 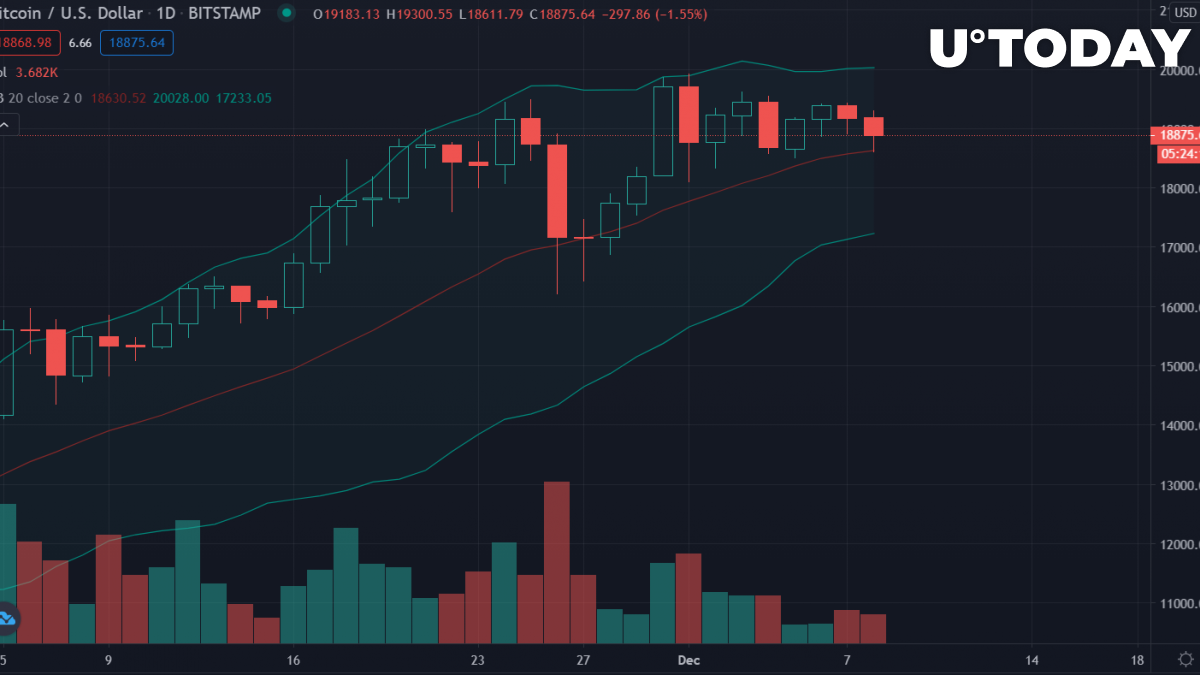 The cryptocurrency is currently changing hands at $18,875 on Bitstamp.

On Nov. 30, the day Bitcoin reached a new lifetime high in almost three years, the 70-year-old trader warned his followers about “a classic top setup”:

“That is a classic top setup. No confirmation yet and the setup could easily be overrun, but wise traders should wash their glasses.”

The $19,500 resistance level has so far proven to be way too hard to crack for the bulls. The approaching Mt. Gox rehabilitation plan deadline could potentially exert more pressure on the market, CryptoQuant CEO Ki Young Ju:

“It could be delayed. But if they meet the deadline, I think the market will react right away depending on the reimbursement plan’s specificity.