According to data provided by ledger.exposed, the website created by XRPL Labs developer Wietse Wind, XRP whales recently went on an accumulation spree.

Every ‘exclusive’ percentage tier (from 0.01 percent to one percent) has seen a notable spike in the number of held tokens. 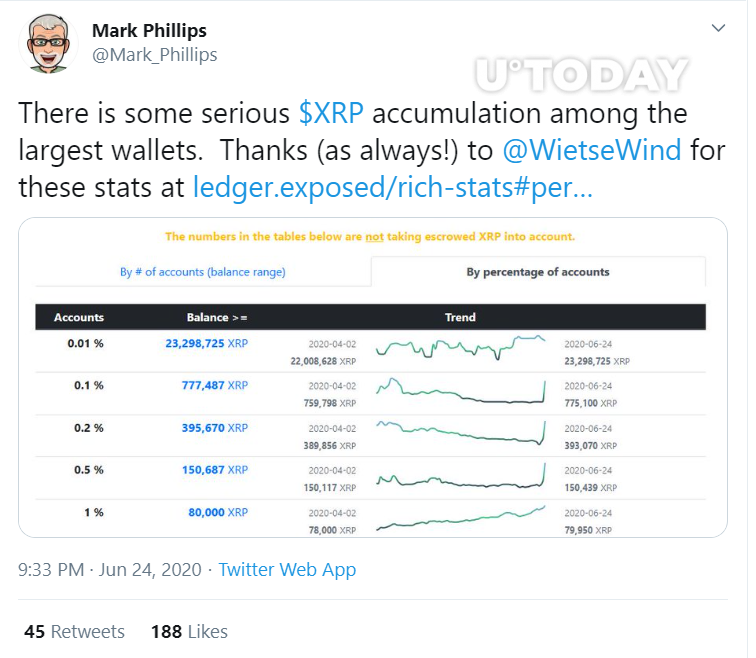 Over the past ten months, the threshold for joining the tiniest fraction of XRP holders skyrocketed by roughly 64 percent.

As reported by U.Today, XRP has one of the highest levels of wealth inequality among the biggest cryptocurrencies, with whales controlling more than 85 percent of its supply.

See also  Ethereum 2.0: Is the Interest Real or Hype About Nothing?

It is worth pointing out that ledger.exposed doesn’t take into account those tokens that are held by Ripple Labs in its escrow.

Despite this heavy whale accumulation, the XRP price has so far failed to move the needle, currently sitting at just $0.18. 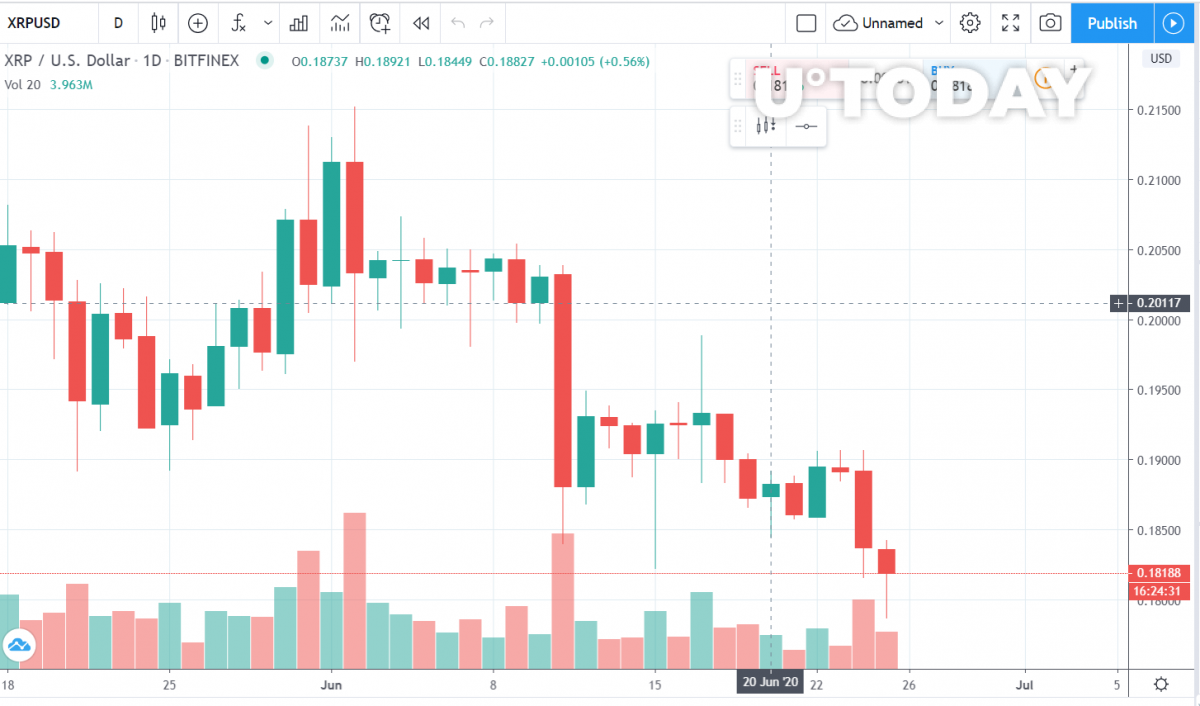 The embattled token reached its lowest level against Bitcoin in more than two years on June 22.

See also  Bitcoin HODLers are offering, are you going to buy?