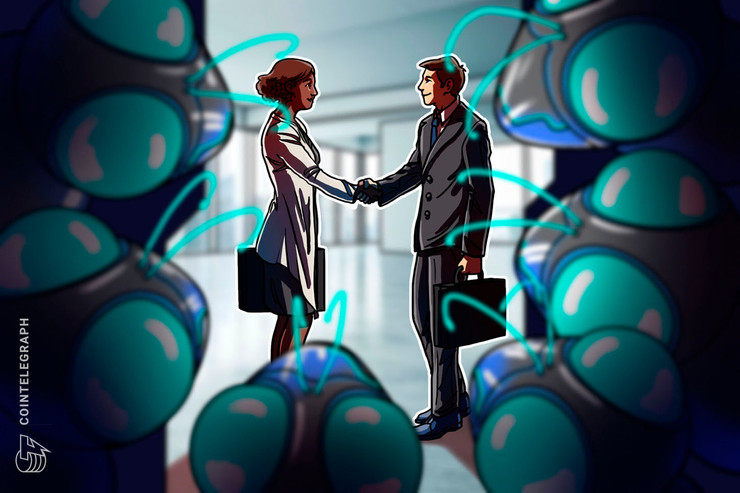 Hedera Hashgraph CEO Mance Harmon told Cointelegraph that LG is the first home appliance manufacturer to join the Hedera Governing Council. Harmon noted that LG will specifically work with the other council members to identify ways that distributed ledger technology, or DLT, can benefit consumers and supply chain partners, saying:

“LG has fantastic use cases and reach, and although we aren’t prepared to talk about the specifics just yet, there is not a shortage in the potential ways we can work together from a consumer facing perspective and backend related service with supply chain and traditional enterprise applications.”

According to Cho Taeg-il, senior vice president of LG Electronics, distributed ledger technology in particular has the potential to improve customer value by allowing enterprises to offer new services that demonstrate trust, security, and speed. He noted that the collaboration with Hedera will help the company further develop their use of DLT, saying:

“We look forward to being a part of the Hedera Governing Council and opportunities where we can collaborate with other leading organizations across a wide range of industries to further develop the application of distributed ledger technology to benefit businesses and consumers alike.”

It’s important to point out that Hedera’s Governing Council is designed to enable a fully decentralized governance model for a public ledger. This is achieved by allowing each of its council members to run a node on the Hedera Hashgraph public network. Each member is responsible for regularly approving Hedera’s roadmap and updates to the platform’s codebase, ensuring the council’s decentralization and diversity.

According to Harmon, Hedera’s Governing Council will ultimately consist of up to 39 global organizations from a diverse array of industries and geographies. Being headquartered in Seoul, LG brings an important element to Hedera’s growing council – a larger presence in Asia.

While Hedera already has one Asia-based company on their Governing Council – Nomura, which is headquartered out of Japan –  the addition of LG is notable, as there is an increasing amount of DLT innovation coming from Asia. This is especially apparent due to the rise of digital assets in the region.

Global crypto leader for Big Four firm PwC, Henri Arslanian, told Cointelegraph that Asia has always been a critical region for the development of the global crypto and blockchain ecosystem, saying:

“I expect Asia to play an even bigger role over the coming months. Any global crypto or blockchain player needs to have a presence in Asia, as this is where some of the latest cutting edge developments are taking place.”

Moreover, expansion in Asia seems to align with Hedera’s overall mission, which is to serve as a trust layer for the internet. Harmon noted that this trusted layer should be incredibly diverse, with a presence in different geographies and verticals. He explained:

“We believe, and have made it our mission from day one, to be incredibly diverse. LG is our second Council member out of Asia. Given the amount of innovation in the distributed ledger space that is coming out of Asia, both in terms of application development and user adoption, this region will continue to be incredibly important to us.”

What to expect next from Hedera

While Hedera’s governing council is expanding, the company also aims to provide a “consensus-as-a-service” blockchain for enterprises seeking a hybrid distributed ledger model. This concept was explained by Harmon on May 14, during the Consensus Distributed online conference.

Harmon mentioned that while enterprises are able to create their own network to implement a consensus algorithm, this process is often costly and difficult. He noted that there are complexities involved with running consensus nodes, updating software and ensuring that nodes remain online. He said:

“Enterprises must create a legal and business framework for determining who is eligible for running the consensus nodes, what happens when consortium members leave and join the consortium, and they must ensure that there are enough consensus node operators to ensure distributed trust. In short, they must build an entire consensus network and ensure it is properly governed.”

In turn, the Hedera Consensus Service, or HCS, aims to remove the complexities associated with consensus models for large organizations. Harmon explained that HCS is a main discussion point for Hedera’s council members, as this service allows developers on the Hedera mainnet the opportunity to create verifiable timestamps and ordering of events for any application.

Potential use cases that could evolve from HCS include auditing and the synchronization of databases, both of which could be demonstrated by council members moving forward.

For instance, Harmon explained that the ability to use HCS’s network as a trusted notary service for enterprises is very possible, saying:

Harmon also pointed out that synchronization use cases are emerging, where a consortium of businesses working together could run transactions from their databases directly through HCS for automatic data synchronization. He said:

“This could be applied for a supply chain application, in which all supply chain transactions flow through HSC, allowing everyone on a network to receive those, and then update their databases to be in sync with current transactions. This proves the general ability of distributed ledger technology.”