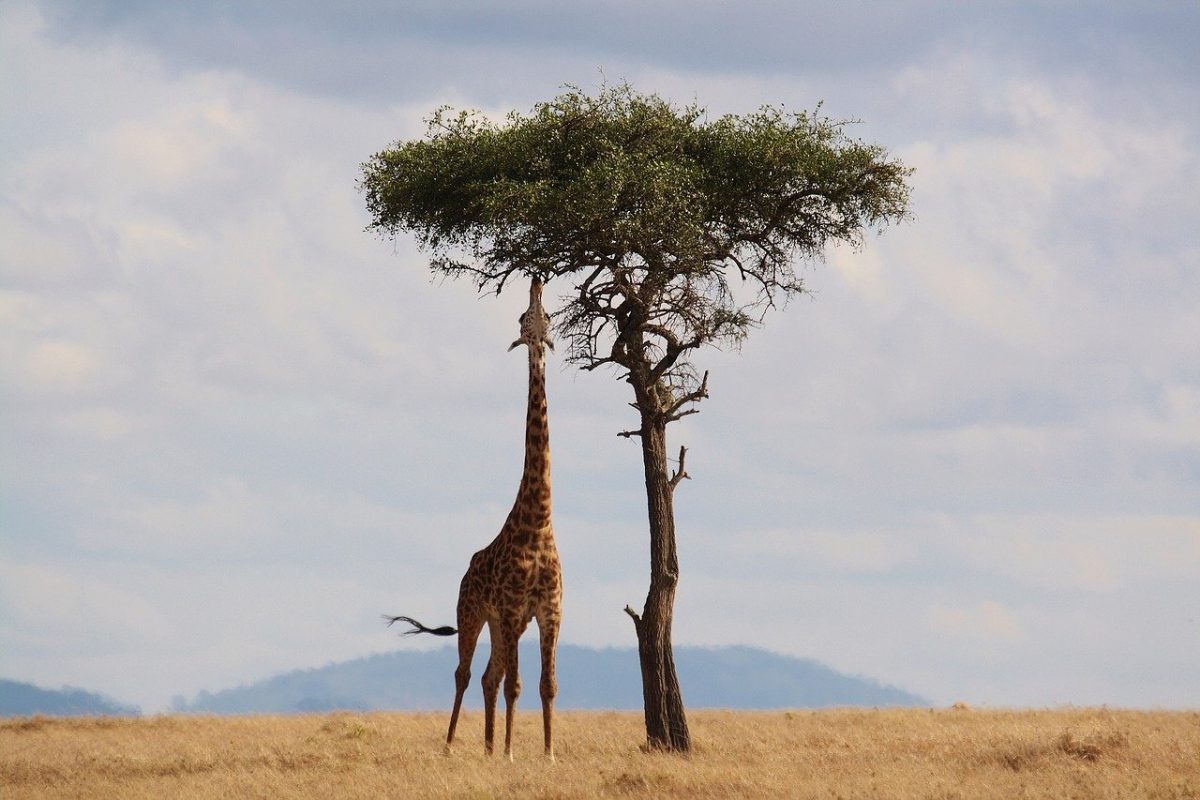 The past twelve hours saw the altcoins mirror Bitcoin’s movement. The momentum was bullish for Litecoin and IOTA, but the trading volume would need to pick up to affirm their price movement in either direction in the short-term. Ethereum Classic was likely to flip another level of resistance to support and could post more gains in the coming hours. 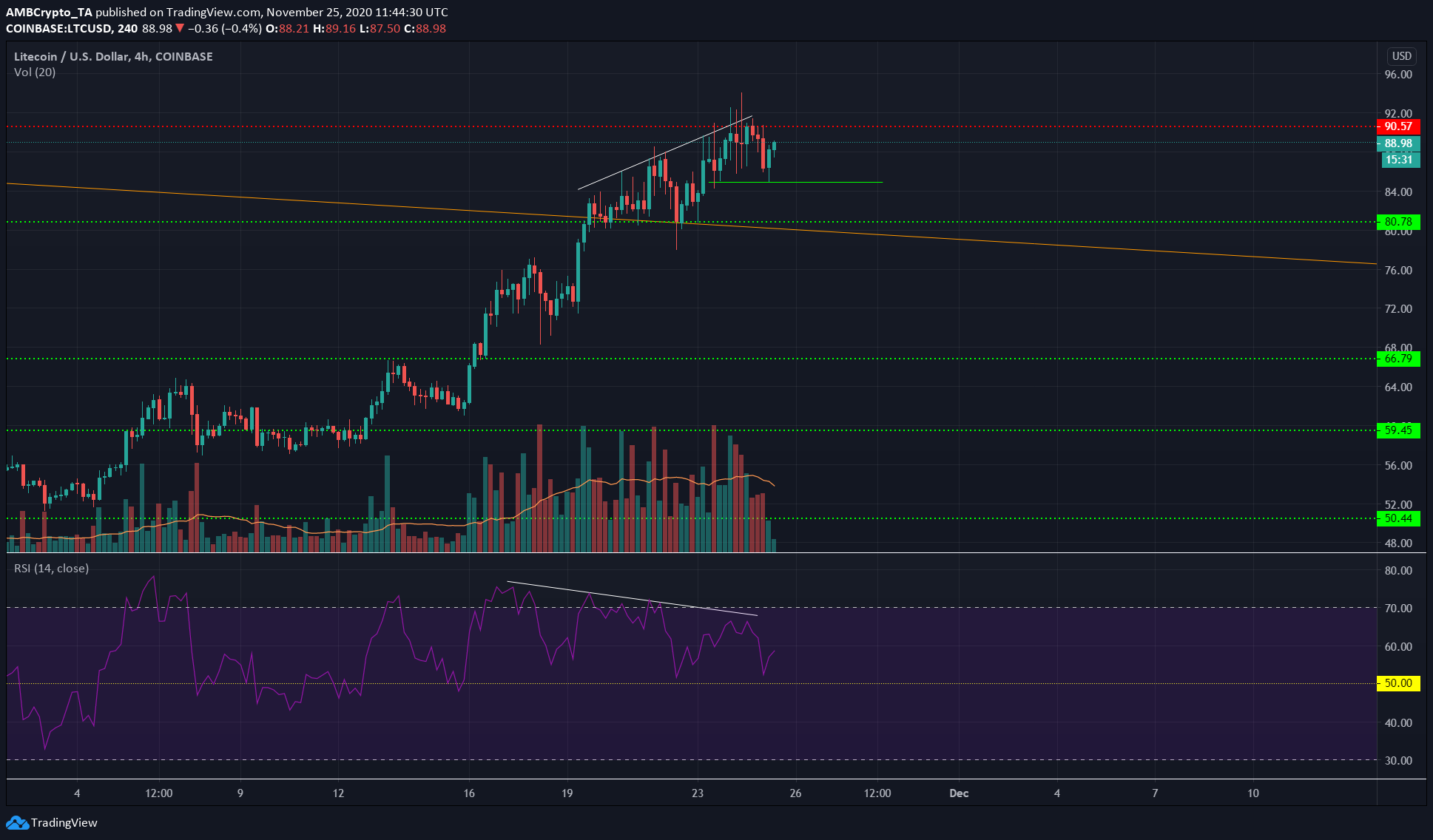 Litecoin exhibited a bearish divergence between price and momentum. The RSI set lower highs while the price posted higher highs, as bulls sought to push past the level of resistance at $90 but were thwarted.

LTC found support in the liquidity pocket around $85 and has since bounced. The orange trendline represents a longer-term downtrend for LTC from early 2018, and it could have further to go toward the upside.

A close below $80 would indicate that LTC could be headed toward a deeper correction, while the flip of $90 from resistance to support would pave the way for LTC to test $100 over the next few days.

RECOMMENDED READ:  Bitcoin: Will we see a ‘deeper crypto-market’ in the future? 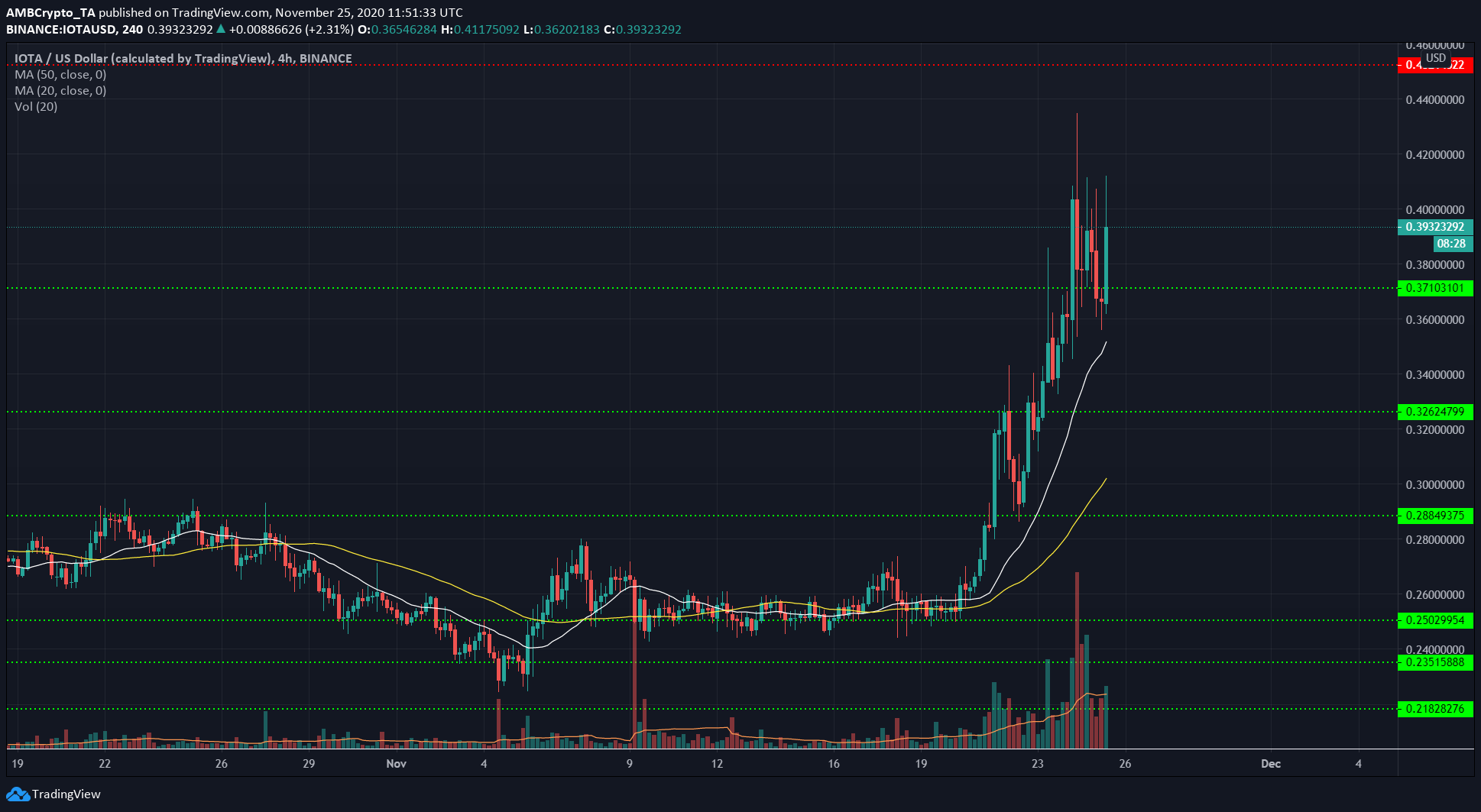 IOTA looked very similar to many other altcoins after its surge of nearly 60% and counting in the past two weeks.

It was trading well above its 20 SMA (white), to highlight how significant its recent gains have been.

At the time of writing, most altcoins are likely to follow Bitcoin’s direction. Over the next few hours for IOTA, levels to watch out for are the 20 SMA and the support at $0.37.

The previous day saw resistance at $0.45 tested, and subsequently, a higher low has been registered. Hence the outlook for IOTA is quite bullish going forward. 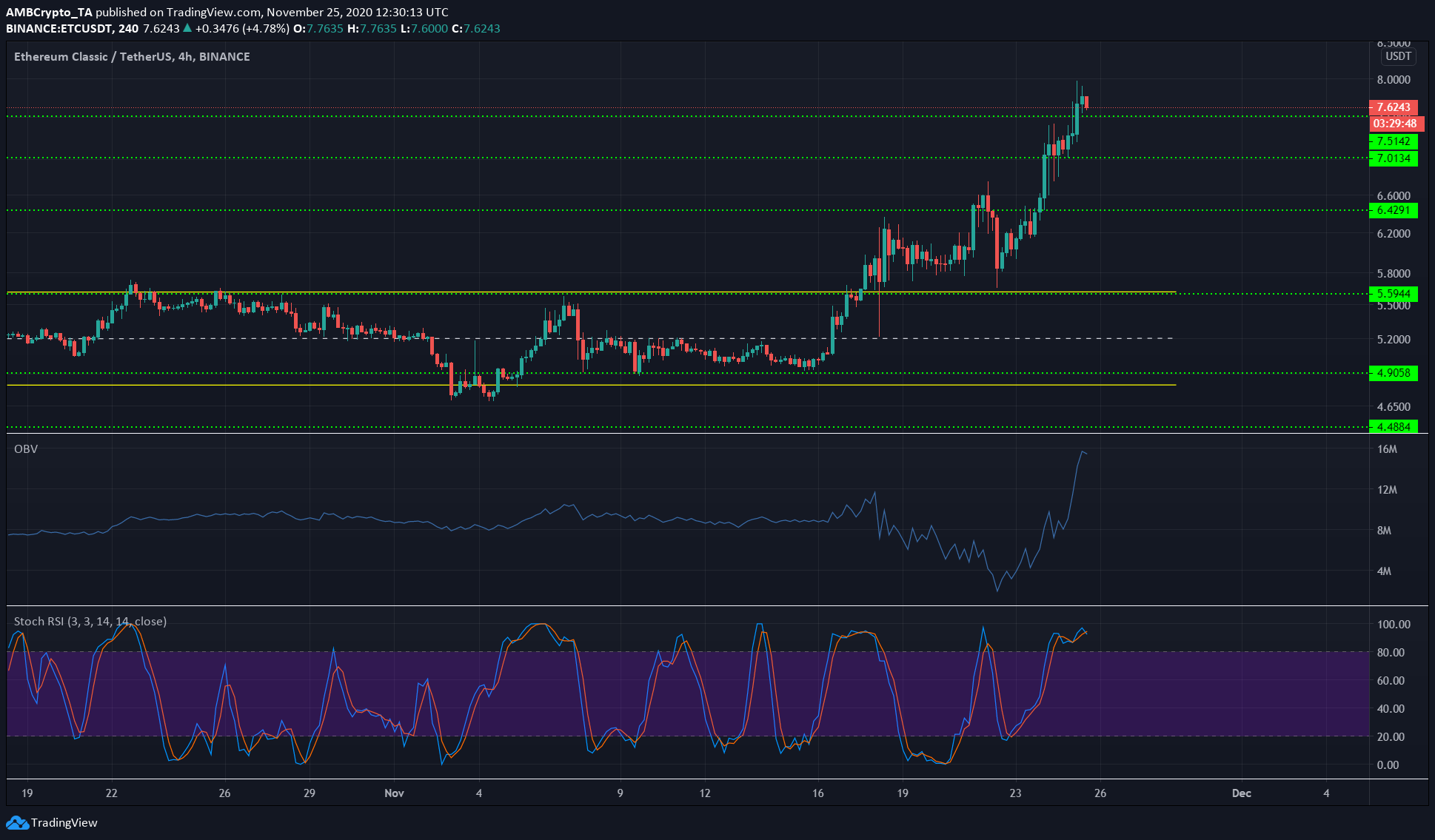 ETC flipped the level of resistance at $7 to support and could repeat the feat with $7.5 level as well. The Stochastic RSI was in the overbought territory. This indicated that ETC would see a pullback, and possibly followed by a few sessions of consolidation.

The market was highly bullish and buyers can be expected to flock toward altcoins. For how much longer, remains to be seen. Extraordinary trading volume, followed by a drop beneath $7 would indicate that ETC’s run had met a wall and could drop toward $6.