According to Glassnode, an on-chain analytics provider, 95 percent of Bitcoin changing hands was last passed on the blockchain less than three months earlier.

According to Glassnode’s March 15 The Week On-Chain survey, only 5% of spent outputs are more than 90 days old, suggesting that the vast majority of BTC passing on-chain are “young coins.”

Other Glassnode data reveals that addresses that have been hoarding BTC for at least three years have dramatically expanded their holdings in the last six to twelve months, whereas short-term investors have been profiting since the beginning of 2020. 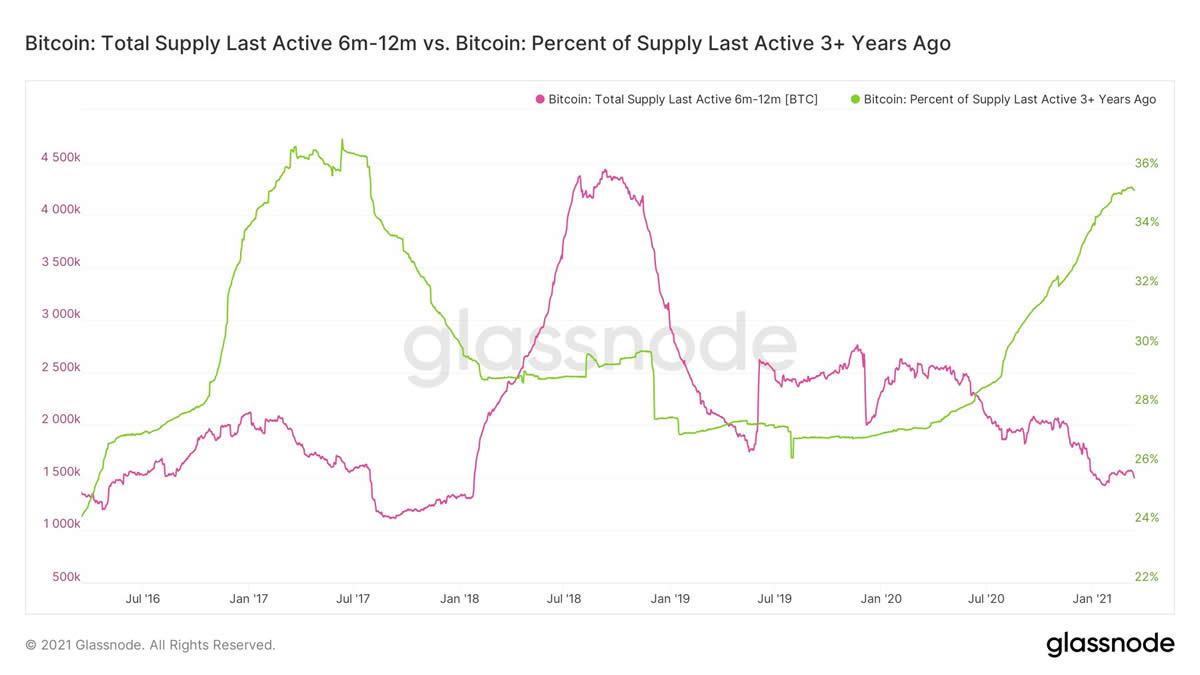 According to the report, LTH have a stronger understanding of Bitcoin, buying BTC through bear markets and selling some during bull markets. STH, on the other hand, are likely to be either younger market players or short-term speculators who regularly transfer value between exchanges, according to the study.

RECOMMENDED READ:  Top Airdrops You Should Look Out for in July 2020

Glassnode discovered that at current values, 10.85 million BTC, or 58 percent of Bitcoin’s circulating stock, was actually in benefit based on when they last passed on-chain, while 5.3 million BTC are currently in profit and owned by STH wallets.

LTHs are now hoarding more coins than in past business periods, according to Glassnode.

The analytics provider has discovered that the number of participating new companies has recently risen to new all-time highs, signalling that a large number of new institutional buyers have recently entered the market.

The number of new participants in the #Bitcoin network is unprecedented.

Over the past weeks, we have seen a large growth of new entities. This is a strong indication that new retail investors have been entering the space.