Litecoin (LTC) has been around for over a decade and has come a long way since then. The network’s most recent update reveals the breadth of Litecoin’s accomplishments while emphasising the cryptocurrency’s steady growth.

Litecoin is celebrating its 11th anniversary and has revealed that it has secured over 133 million transactions. The network also reached that milestone without any downtime, according to the update.

11 years of continuous immutable, uncensorable, flawless uptime and a wonderful end to the year!#Litecoin ⚡ pic.twitter.com/aQ1LTdtT6M

The milestone is a testament to the Litecoin network’s efficiency and health. However, this has not stopped LTC from experiencing market headwinds. The cryptocurrency is currently at an 83% drawdown from its historic high. 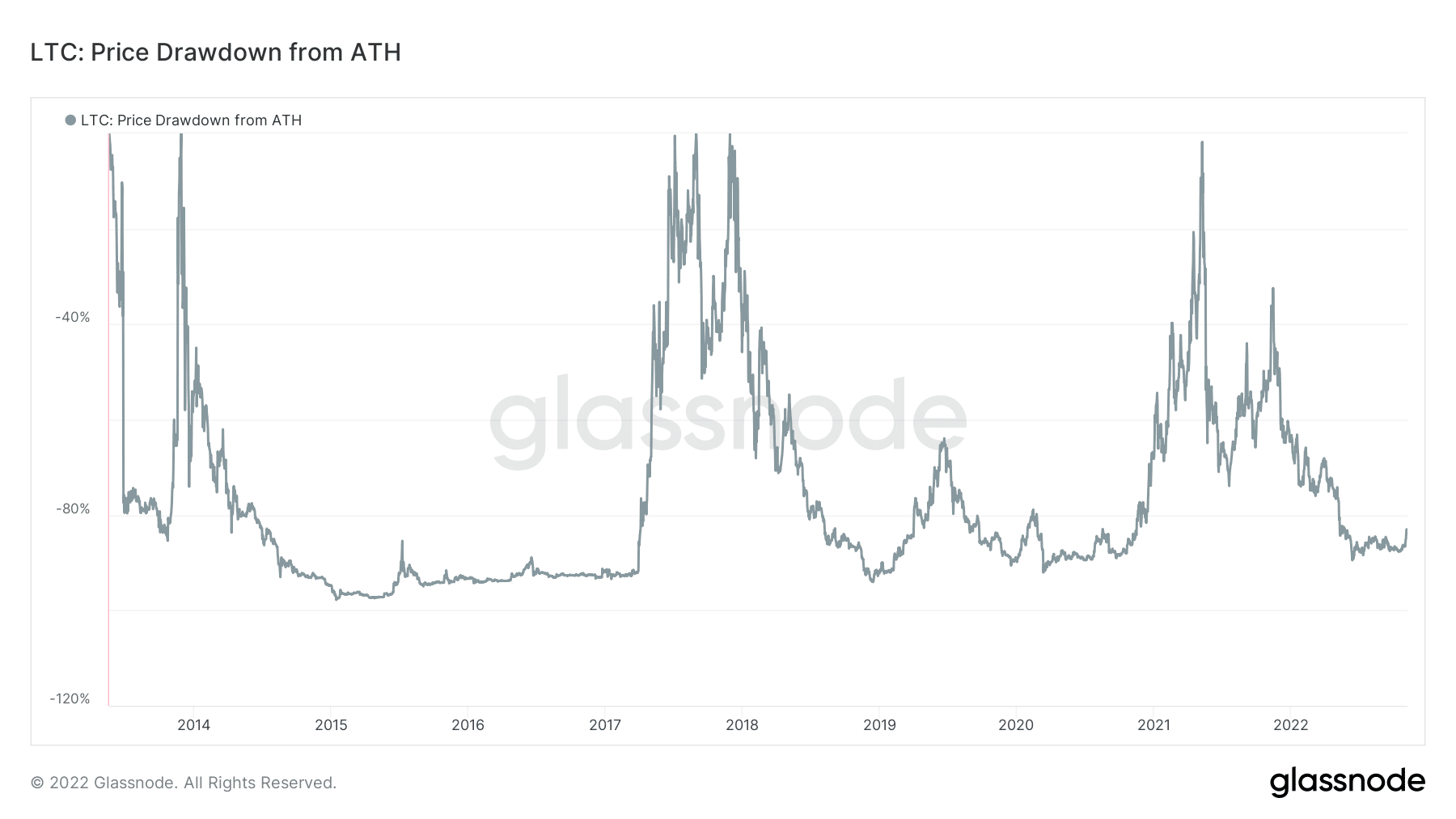 The 2022 bear market is not the first time that LTC has been heavily drawn down. The first was between 2014 and 2015 while the second major drawdown occurred between 2018 and 2019. As far as LTC’s latest price action is concerned, it managed to pull off a 50% upside from its October lows, in an attempt to exit the lower range.

LTC’s latest upside was capped at $73.36 after soaring into overbought territory on Monday (7 November). The return of sell pressure especially in the last two days triggered a retracement to its $64.76 press time level.

In fact, LTC has notably demonstrated some buying pressure in the last 24 hours despite the pullback. This might be a sign that the recent update has influenced investors’ sentiment, potentially cushioning Litecoin from more sell pressure. But is it enough to support a recovery back above $70?

Where is Litecoin headed next?

This surge in transaction volume is likely a reflection of the surge in sell pressure. A look at Litecoin’s circulation metric reveals a similar outcome.

We saw a surge in the circulation metric in the last seven days, resulting in a new weekly high. However, the same metric indicated a pivot since Sunday (6 November).

Litecoin’s supply distribution provides a better view of what the top addresses or whales have been doing. LTC’s largest addresses holding over one million coins registered a sizable increase in their balances on 5 November. However, this incoming buy pressure tapered out the next day (Sunday).

Most of the top whale categories have leveled out, meaning they are not selling or buying. This might result in a limited downside for Litecoin. Nevertheless, the market remains highly unpredictable, which means there is still more room for downside.