According to a new revelation by a royal insider close to the Duchess of Sussex, Markle said she always felt there was a “conspiracy” against her inside the castle walls.

According to the insider, Meghan Markle never did feel comfortable among the Windsors. Even before the notoriously racist British press started hammering the “Black Widow Markle” narrative, Markle said she wasn’t comfortable with royal life, and she wanted out not long after she married Harry:

She was convinced there was a conspiracy against her and so she basically put herself in self isolation when they moved to Frogmore. I think she felt like an outsider from the start. This wasn’t the life she was used to and she wanted out.

Contrary to the “social-climbing gold-digger” narrative that the British press loves to push, Markle has “always worked,” and her inability to earn her own income left her feeling rudderless.

But what’s most interesting of all is that Markle echoed what Princess Diana said nearly 30 years before: that the monarchy felt constricting and isolating, that she felt rudderless and alone, and that she was ultimately glad to leave.

Yet, when the late Diana said it, the British public rallied around her and all but called for the royal family to be torn asunder and to bits.

So what’s the difference now that Markle’s said it?

Once And For All: It Wasn’t Meghan Who Wanted Out—It Was Harry

Though it’s been said before, it bears repeating again: it wasn’t Markle who wanted to leave “The Firm,” no matter how many conspiracies there were against her, and no matter how isolated and alone she felt.

The decision to leave was Prince Harry’s, and Markle merely supported him. 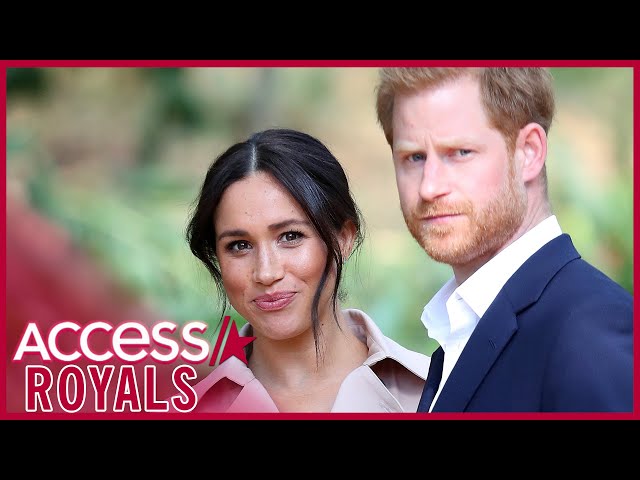 Not only that, Prince Harry has wanted to leave the royal family long before he ever heard the name “Meghan Markle.”

By all accounts, the only time he was only truly happy was when he was in the British armed forces because he was treated like “any other bloke.” He never enjoyed the spotlight, never wanted to be a royal, and only stayed because of his close relationship with his grandmother and older brother, both of whom he loves dearly.

Barring mass regicide, there is no way that Prince Harry, or Meghan Markle, will ever sit on the British throne.

So what, exactly, is the purpose of them all staying in the U.K., where Markle and Prince Harry were clearly unhappy?

It’s funny how all the Britons who were staunchly against the monarchy, who dismissed it as an archaic institution that was a drain on the taxpayers, suddenly became staunch monarchists when “the spare” fell in love with a black American actress.

It’s not hard to believe there was, indeed, a conspiracy against Meghan Markle. Because Chelsy Davy would not have been excoriated so viciously if Harry chose to fob off to South Africa with her.