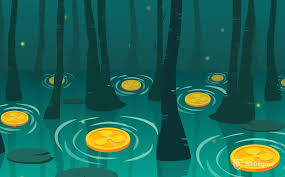 It is a new month, and the blockchain company Ripple has fulfilled its 55-month XRP escrow schedule. As expected, another one billion XRPs has been released from the Ripple escrow wallet; however, the development has faced more criticism from the crypto community.

The data tracked from the XRP blockchain by Whale Alert, a cryptocurrency monitoring bot, confirmed the development. The one billion units of the digital currency were released from the Ripple escrow wallet about seven hours ago, according to the tweet today.

The transactions were completed in two batches, wherein each contained 500,000,000 of XRPs. At the time of these transactions, the total funds released from the Ripple escrow wallet summed up to $202,126,332. As stated earlier, this is expected to last for 55 months, and it began in 2017.

As Cryptopolitan reported in May, the same amount of XRP was released for the month. Unlike June, the XRPs released from the Ripple escrow wallet in May were done in three batches. The first transaction involved 500 million; the second was 400 million, while the last involved 100 million of the crypto.

According to Ripple, the idea of locking up a significant amount of XRP (55 billion) ensures the certainty of the cryptocurrency total supply, hence removing concerns that the blockchain company could flood the market with XRP. The development is also purported to incentivize the usage and interest in XRP among users.

You can expect us to continue to use XRP for incentives to market makers who offer tighter spreads for payments and selling XRP to institutional purchasers.

Although the one billion XRPs were barely released from the escrow account, the crypto community is apparently not pleased with the idea. Many people flooded the comment section with messages claiming that the development is only dumping the cryptocurrency.