With a bullish BTC following lower US inflation rates, ETH could aim for or exceed $1,644. ETH was trading at $1,550 at the time of publication, while BTC was trading below a short-term bearish order block at $20,956.

If BTC closes above $21,000, ETH bulls may be encouraged to reclaim the November high. 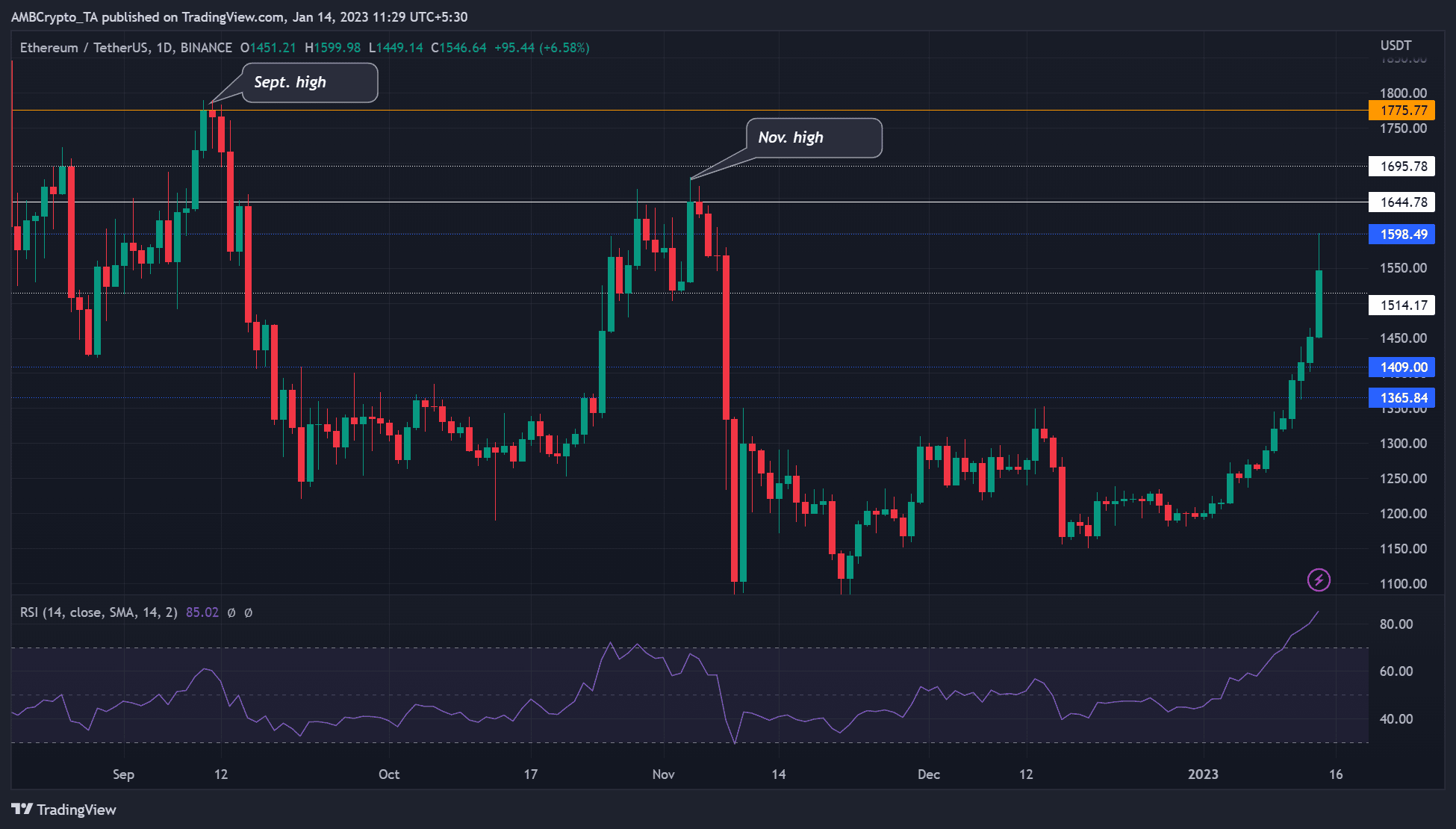 ETH peaked at $1,680 before FTX implosion forced a wide-market crash, dropping it to a low of $1,100, a 35% plunge. However, a month and a half later, ETH seems on a path to recovering all the losses made after the November crash.

ETH was highly bullish on the daily chart and could retest or break above November’s bearish order block at $1,644.78 in the next few hours/days. Such a move will allow ETH holders to recover all the losses incurred after the November market crash.

However, if bears gain more influence in the market, ETH could drop to $1,514.17, invalidating the bullish bias described above. Therefore, short traders should only bet against ETH’s uptrend if it drops below $1,514 to minimize risk.

According to Santiment, the 30-day market value to realized value (MVRV) ratio has been positive since 4 January and climbed even higher. This indicated that short-term traders saw incremental gains from January 4. However, long-term holders (365-day MVRV) were yet to cross above the neutral line; hence they were yet to post any gains.

ETH’s development activity also recorded a gradual increase in the past two weeks. This indicated that developers kept building the network in the same period. This could boost investors’ confidence and further prop up ETH’s value in the long run.

In addition, ETH’s trading volume increased in the same period but dropped sharply at press time. Although the drop could undermine uptrend momentum in the short run, ETH volumes could increase if BTC is bullish.

Therefore, investors should monitor BTC, especially if it moves above $21K. Such a move would set ETC to reclaim its November high.