This chart pattern spotted by Peter Brandt shows that Bitcoin could reach $50,000

In response to independent investor Tuur Demeester, veteran trader Peter Brandt points out that a “massive” symmetrical triangle might indicate that Bitcoin is readying to conquer new all-time highs.

The chartist also doubled down on his earlier prediction that the flagship cryptocurrency could end up reaching $50,000 without specifying an exact time frame.

A symmetrical triangle is formed when two trendlines are converging. In most cases, it resolves with a convincing breakout close to the apex. There is, however, one prerequisite for this chart pattern to play out to the upside  — it has to be preceded by a strong bull trend.

As of now, Bitcoin remains within an enormous symmetrical triangle that dates back to December 2017 when the BTC price hit its current all-time high of $20,000.

Back in January, Brandt noted Bitcoin’s coiling price movement, claiming that could break out of the triangle:

“I’m going to look at it as a symmetrical triangle continuation, and as time goes on and we start to challenge this upper line, especially if we take out the highs that we made back here in June, then we’ve completed this symmetrical triangle, and we can really start accelerating the bull trend in Bitcoin.” 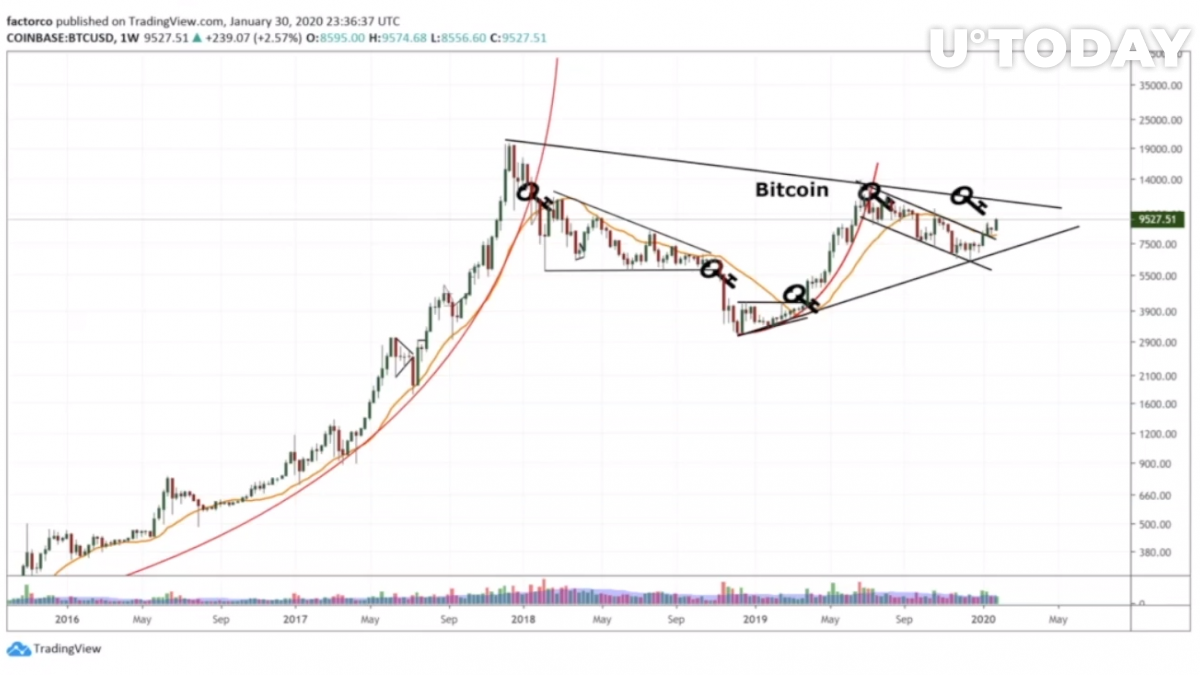 Now that BTC has fully recovered from the March crash, this chart pattern is still in play, and Bitcoin might slowly reading for a new move.

Litecoin could ruin the party

While the Bitcoin price has been grinding up for the past few days, Bitcoin has been significantly outperformed by altcoins.

Even Litecoin (LTC), the silver to Bitcoin’s gold, has been on a tear as of recently, which Brandt thinks is a worrisome sign. The trader claims that the “party” usually comes to end soon after LTC joins it:

“When lowly $LTC finally joins the party, it may mean that the party is almost over.”

In the meantime, Ethereum (ETH) and Cardano (ADA) have shot up by 12 percent and 15 percent respectively, according to CoinStats data.

Bitcoin’s dominance index has slipped below 60 percent for the first time in over a year.