Due to the high possibility of an extra BTC rally following the seasonal easing of US inflation rates, DOT could attempt to overcome the $5.272 hurdle. 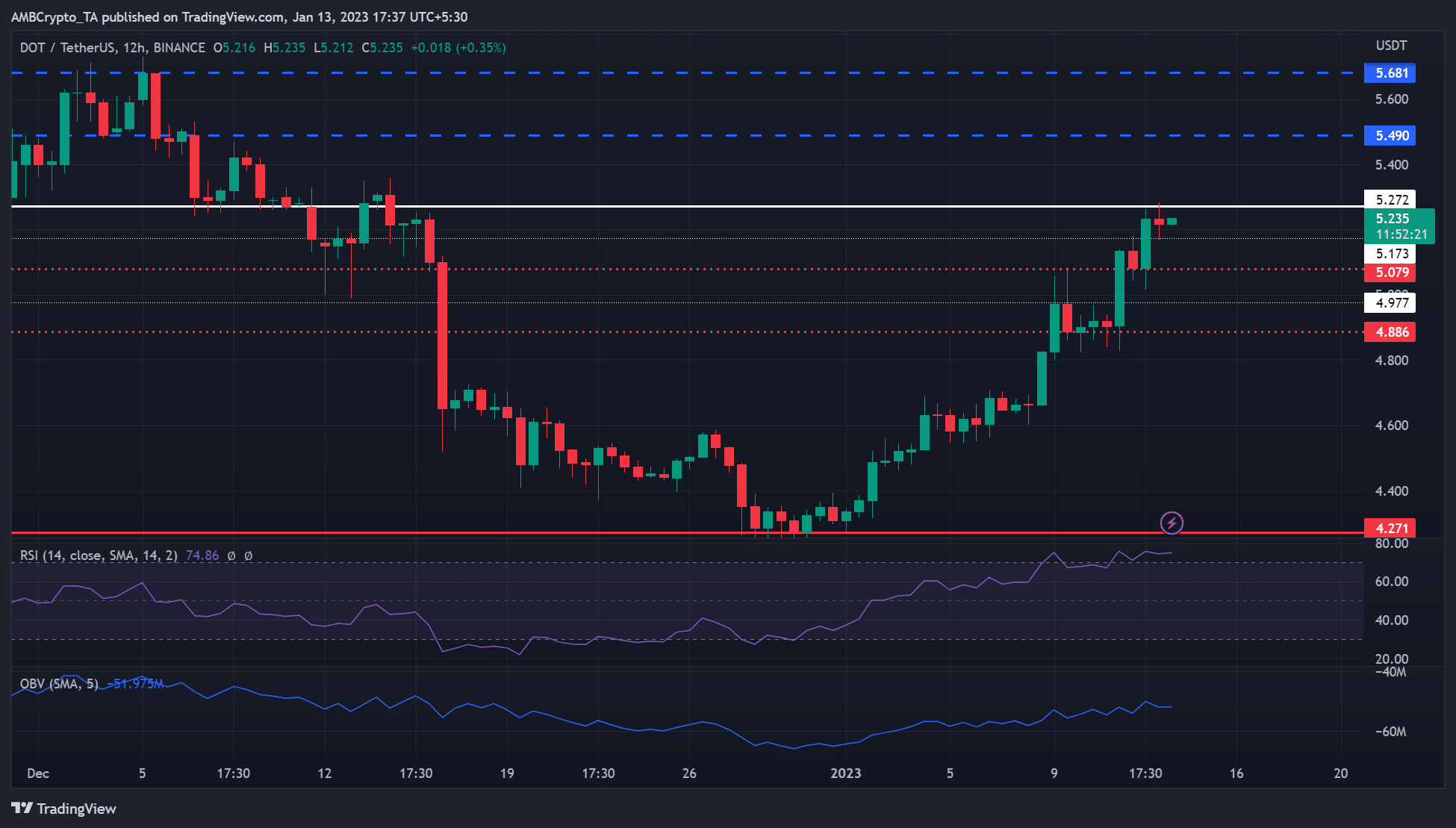 The RSI had gradually moved to the overbought zone from the oversold area, indicating intense buying pressure in the past two weeks. Similarly, the On Balance Volume (OBV) made higher highs, indicating that trading volumes increased to boost the uptrend momentum.

The above momentum gives bulls the upper hand as they could attempt to clear the $5.272 obstacle. This move could see DOT bulls target the $5.490 resistance level, a potential 3.8% gain if they succeed.

However, bears were in sight around the $5.272 hurdle, and they would come in droves if bulls failed to clear the obstacle. As such, bears could push DOT prices below $5.079, invalidating the bullish forecast described above.

According to Santiment, DOT’s development activity increased sharply over the past two weeks. Alongside a bullish BTC, the above positive metric could have boosted recent DOT’s price rally.

On the other hand, the trading volume declined at press time and could undermine further uptrend momentum. However, this could change if BTC breaks above $19.05K.

In addition, the DOT network saw increasing NFT trade volumes since Christmas. This could increase the network’s active users and boost its value in the long run.

But investors should primarily concentrate on BTC price action to determine if DOT can overcome its current hurdle.