The DOT token of Polkadot has become the fourth-largest coin in terms of market capitalization, surpassing the packed XRP.

DOT’s market cap is currently around $13.45 billion, according to Tracker Coingecko. The market cap of XRP, on the other hand, is about $13.28 billion. The sharp rise in DOT prices in recent days, some 50% in the last seven days, has pushed its market cap to higher levels.

DOT is currently trading at around $14, while XRP is at around $0.30, according to CoinGecko. 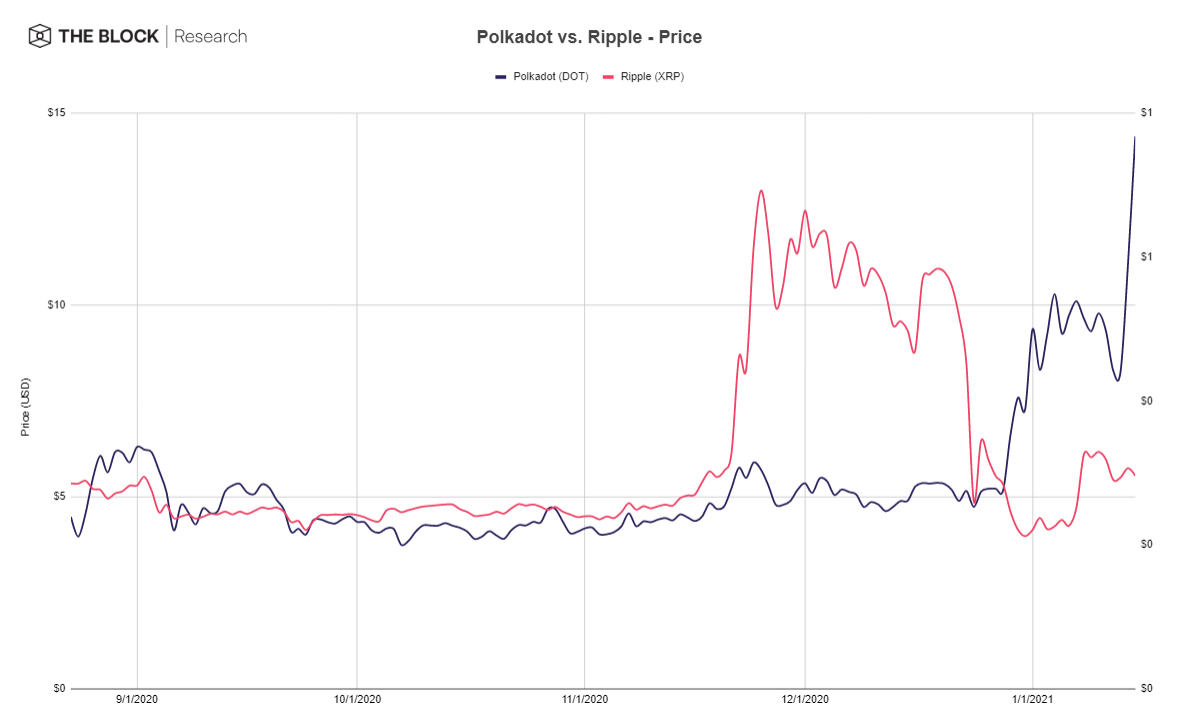 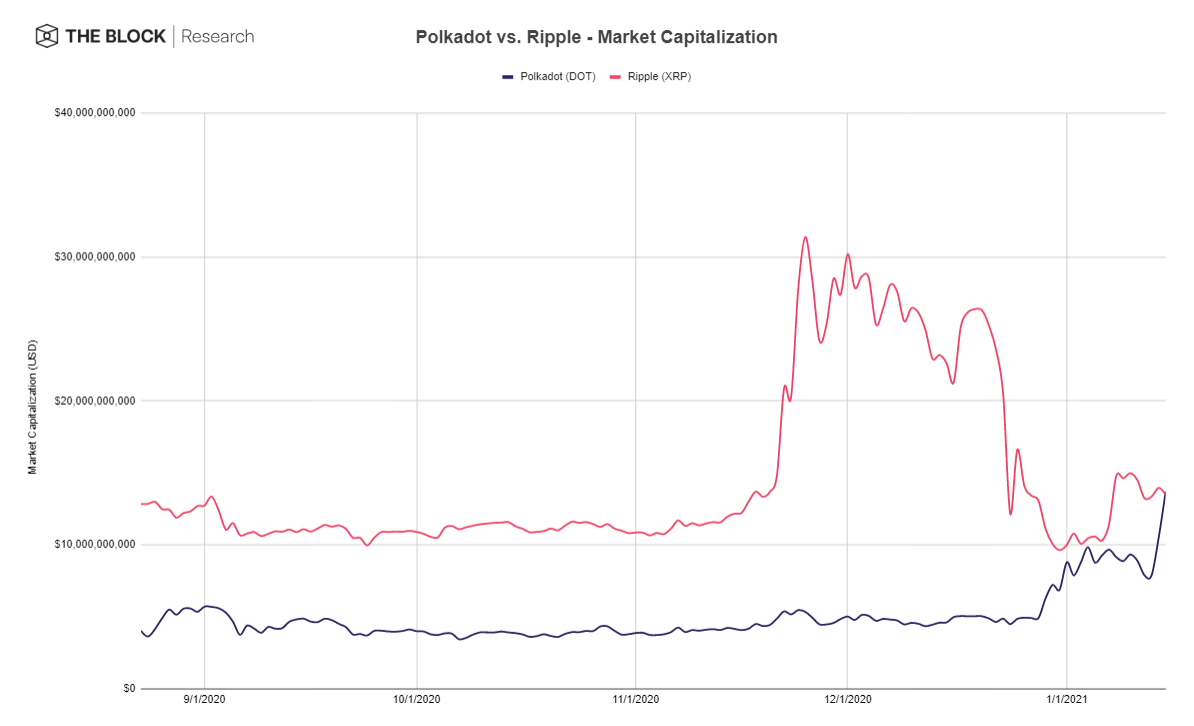 Polkadot is a Layer-1, a proof-of-stake blockchain network, and an Ethereum challenger. The protocol was established by the co-founder of Ethereum, Gavin Wood, and went live in May last year. It claims to address the scalability and interoperability issues of Ethereum.

As John Dantoni’s Block Research wrote yesterday, Polkadot has become the most popular alternative to Ethereum for Decentralized Finance (DeFi) investment purposes. From September to November 2020, approximately 19 percent of the DeFi projects that received venture funding were being built on Polkadot.

RECOMMENDED READ:  Anthony Pompliano On Bitcoin: “Hard Not To Be Incredibly Bullish”

Dantoni also mapped out Polkadot’s ecosystem and found that a total of 127 projects are currently being built on the network across 16 different vertical lines.

In the meantime, XRP has been under pressure since its issuer Ripple is fighting a legal battle with the U.S. government. Last month, the Securities and Exchange Commission claimed that Ripple and two of its executives—Chief Brad Garlinghouse and co-founder Chris Larsen—were engaged in the sale of unregistered securities. The price of XRP has decreased by about 35 per cent since the lawsuit, affecting its market cap. The digital asset is currently being traded at around $0.30 per token.