David Schwartz, chief technical officer at Ripple, has taken to Twitter (which received a major blow from hackers on Wednesday) to share another possible way the culprits managed accomplish their attack.

On Wednesday, it was reported that hackers managed to gain control of several major Twitter accounts. These included such business and political leaders as Elon Musk, Bill Gates and Barack Obama, crypto exchanges like Binance and Coinbase, and some crypto influencers.

Messages on the hacked Twitter accounts stated that the accounts had partnered with “CryptoForHealth” and were giving away 5,000 BTC to the community.

This is a typical cryptocurrency sham; scammers encourage users to send them some crypto, promising to send back double the amount or more.

David Schwartz of Ripple commented on that scheme on Wednesday, urging the community not to fall for this trick. 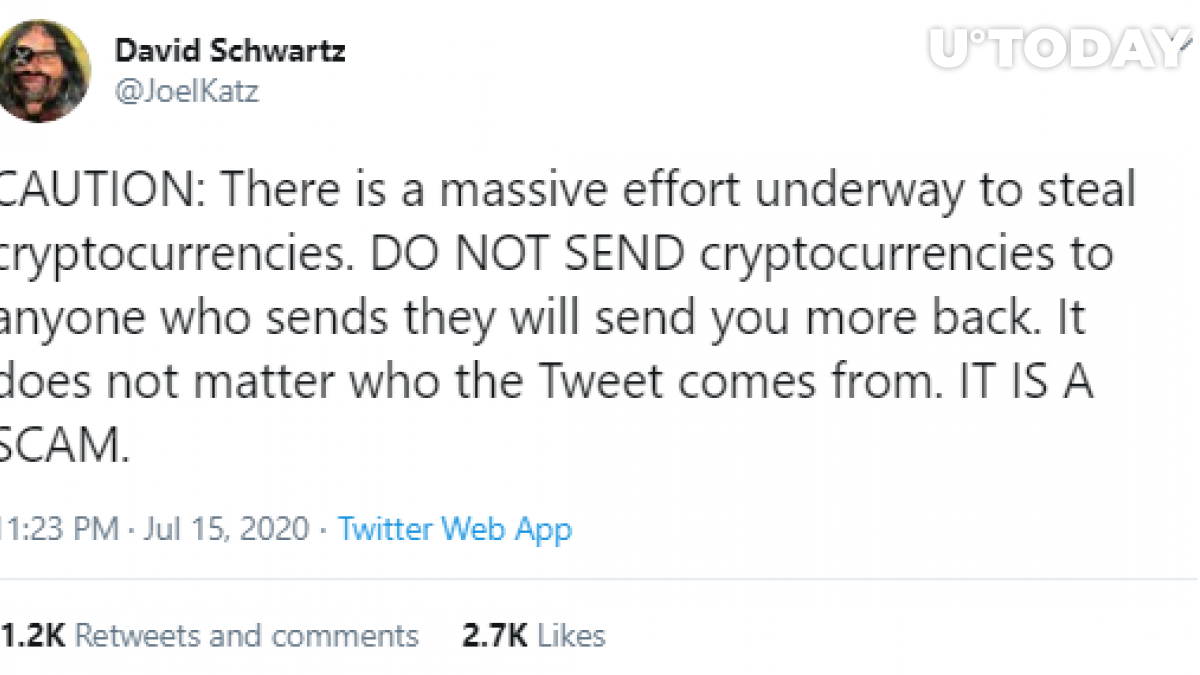 A tool the hackers may have used to compromise the accounts

The Ripple CTO suggested that one of the methods the hackers may have used to gain control of the verified accounts on Twitter was third-party apps for scheduling/monitoring future Twitter posts prepared for publishing.

Schwartz asked his followers to provide him with data on the compromised accounts, whose real owners did not use any of the aforementioned apps. 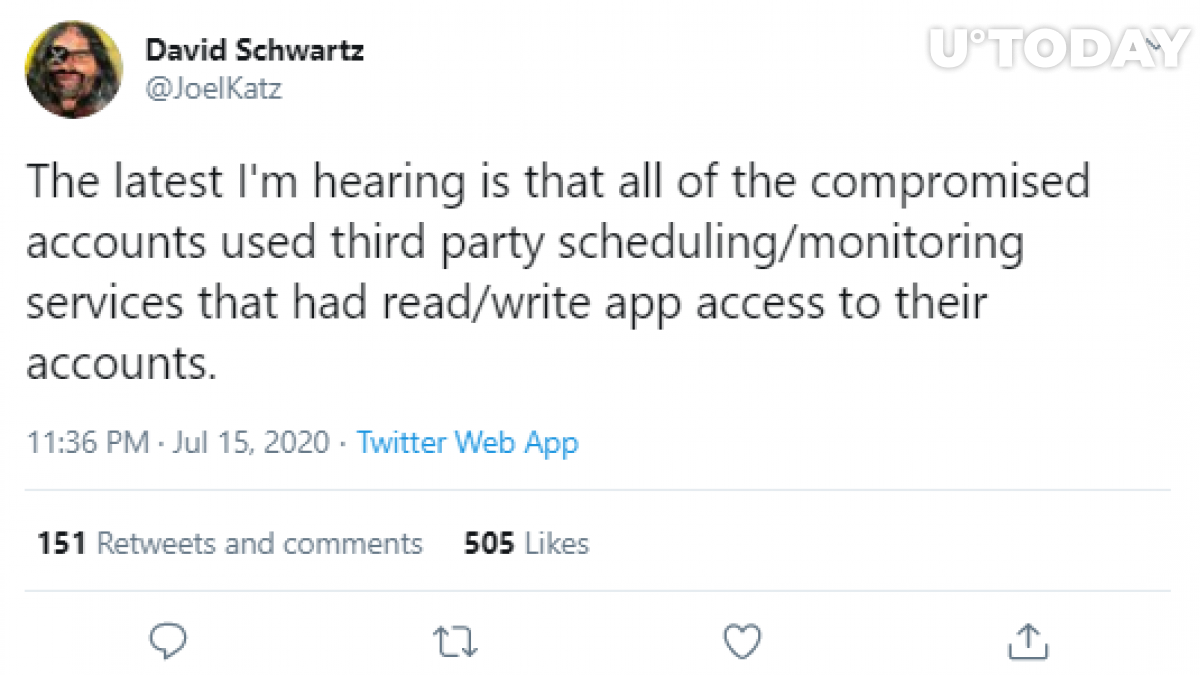 Image via TwitterEarlier, the Twitter team commented that the culprits had managed to bribe one of their team members.

The largest Twitter bot for tracking large crypto payments, Whale Alert, has concluded that so far the scammers have managed to steal $58,000 in BTC.

However, recent data states that this amount has more than doubled.

Image via scam-alert.ioFurther, another payment to the scammers’ BTC address has been detected, bearing 4.56 BTC.