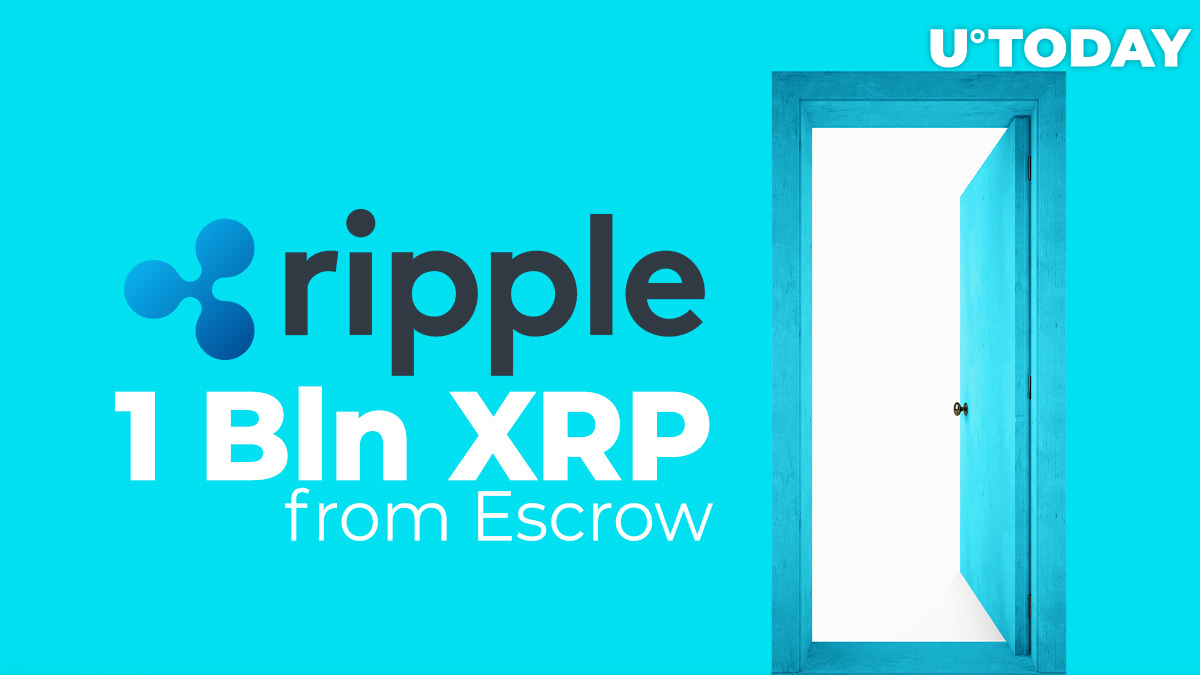 Cover image via stock.adobe.com
Whale Alert has kindly reported that Ripple has unlocked another gargantuan stash of XRP from escrow – one billion.

The San-Francisco-headquartered blockchain decacorn has regularly been releasing one billion XRP for a few years now.

Since early this year, this transaction was split into two consecutive transactions, each bearing 500 mln XRP.

Image via Twitter, @whale_alertIn a series of tweets in late 2019, the head of Ripple Brad Garlinghouse addressed the issue of Ripple allegedly dumping XRP on its investors, thus preventing the coin’s price from surging.

Garlinghouse stated that those monthly XRP releases and other multiple cases of the company making investments or donations to charities in XRP are meant to enhance the coin’s liquidity.

Besides, ninety percent of the billion XRP released each month, as a rule, goes back into escrow the very same day.

XRP fans stand up to the critics

Still, in the comments under the Whale Alert posts, the majority are cursing Ripple and XRP, calling on investors not to buy it.

XRP enthusiasts point out that critics are ignorant of the subject of the discussion and say that people shouldn’t be surprised anymore at this monthly release of XRP. 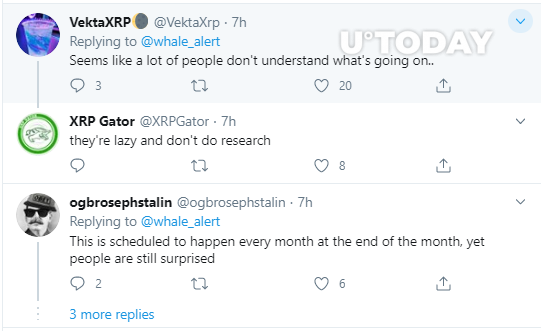 Image via Twiitter, @whale_alertNone of them, however, nor any high-positioned Ripple representatives, have publicly explained these mammoth-sized amounts of XRP that are released and returned to escrow.