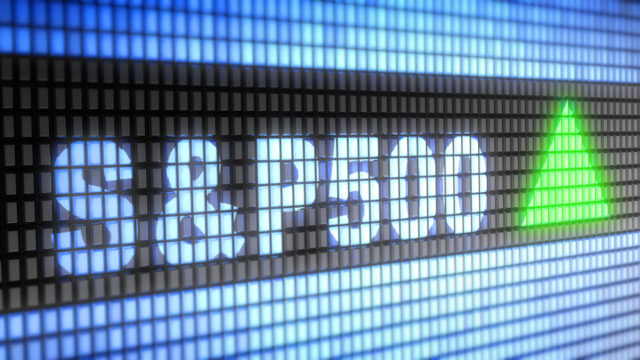 Bitcoin and the S&P 500 mini fell and recovered in sync on Sunday evening – with a minor lag between their moves.

The benchmark cryptocurrency slipped to $9,369 a token as of 1905 ET. The southward move came as a part of a broader correction from bitcoin’s weekend session top near $9,764. So it appears, day traders sold the local high to secure short-term profit, which caused the $300 blip. 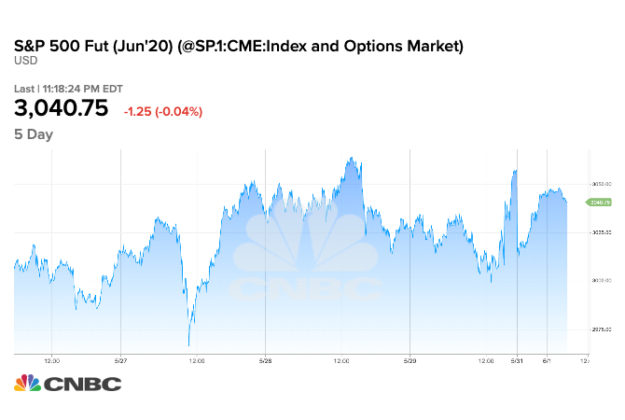 Macro analysts blamed the ongoing demonstrations in the U.S. for the fall in an otherwise bullish benchmark index, with Art Hogan, the chief market strategist at National Securities, fearing that the massive disruptions are doubling up the risks in the U.S. equities.

“When you think about clearly we’re beginning to take U.S.-China tensions seriously, and you add on to that the massive amount of disruption going on in almost every major city in the country right now, none of that could be seen as a market positive,” he told CNBC. 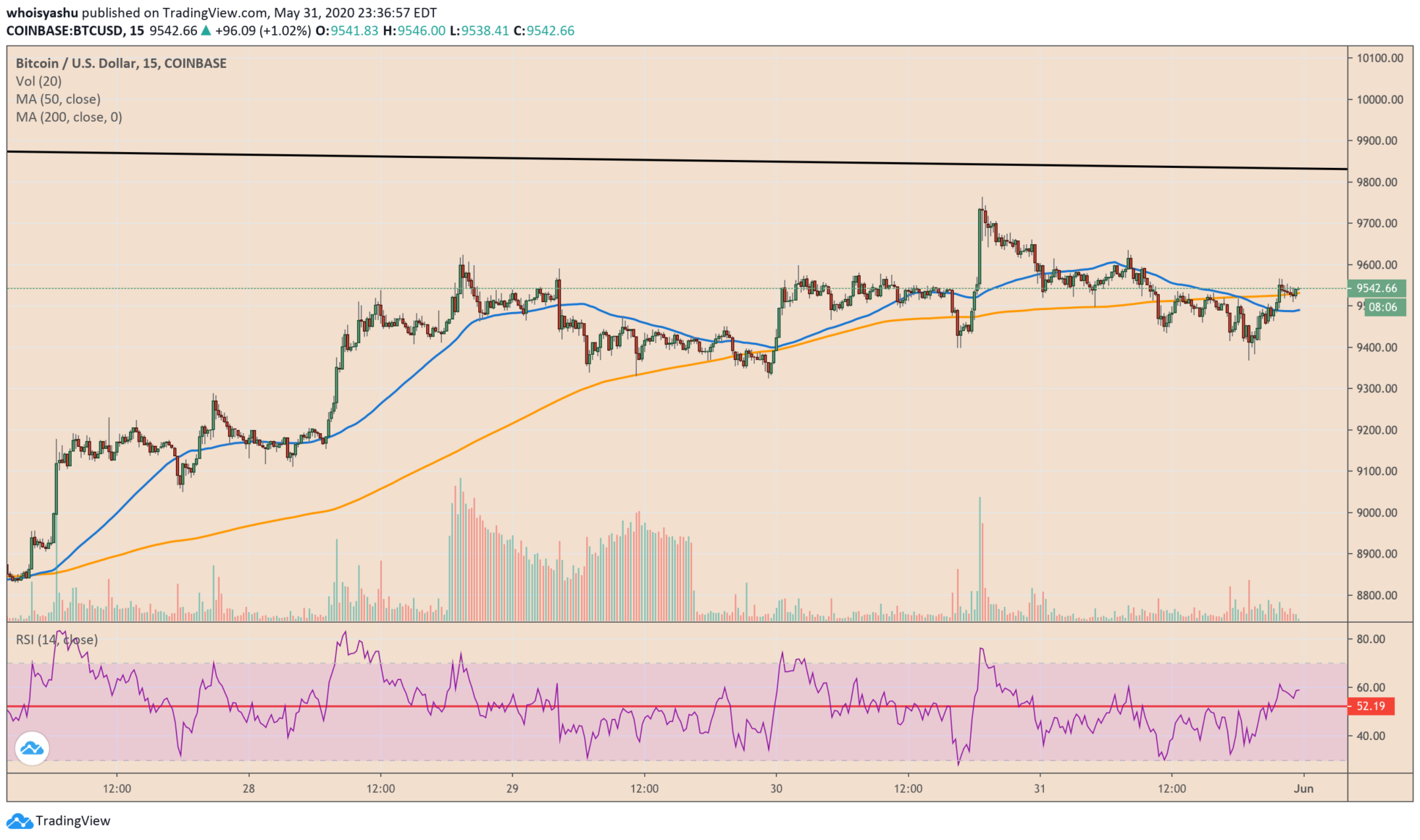 The latest price actions served as a reminder of an erratic yet positive correlation between Bitcoin and the S&P 500. Traders in the cryptocurrency community have been watching the U.S. benchmark as a barometer to realize the investors’ sentiment since February and March’s global market rout.

Bitcoin and the S&P 500 had both fallen to their record yearly lows in March.

The latest round of anti-police protests has further raised investors’ concerns about the second wave of infections. The Wall Street Journal quoted Peter Chin-Hong, an infectious disease specialist, who feared a spike in cases amid demonstrations and reopening of the U.S. economy.

That could stall the S&P 500 recovery.

Despite the weak fundamentals, Bitcoin traders could still keep an eye on $10,000, a price level they have attempted to break multiple times since May 7, 2020, but to no avail. 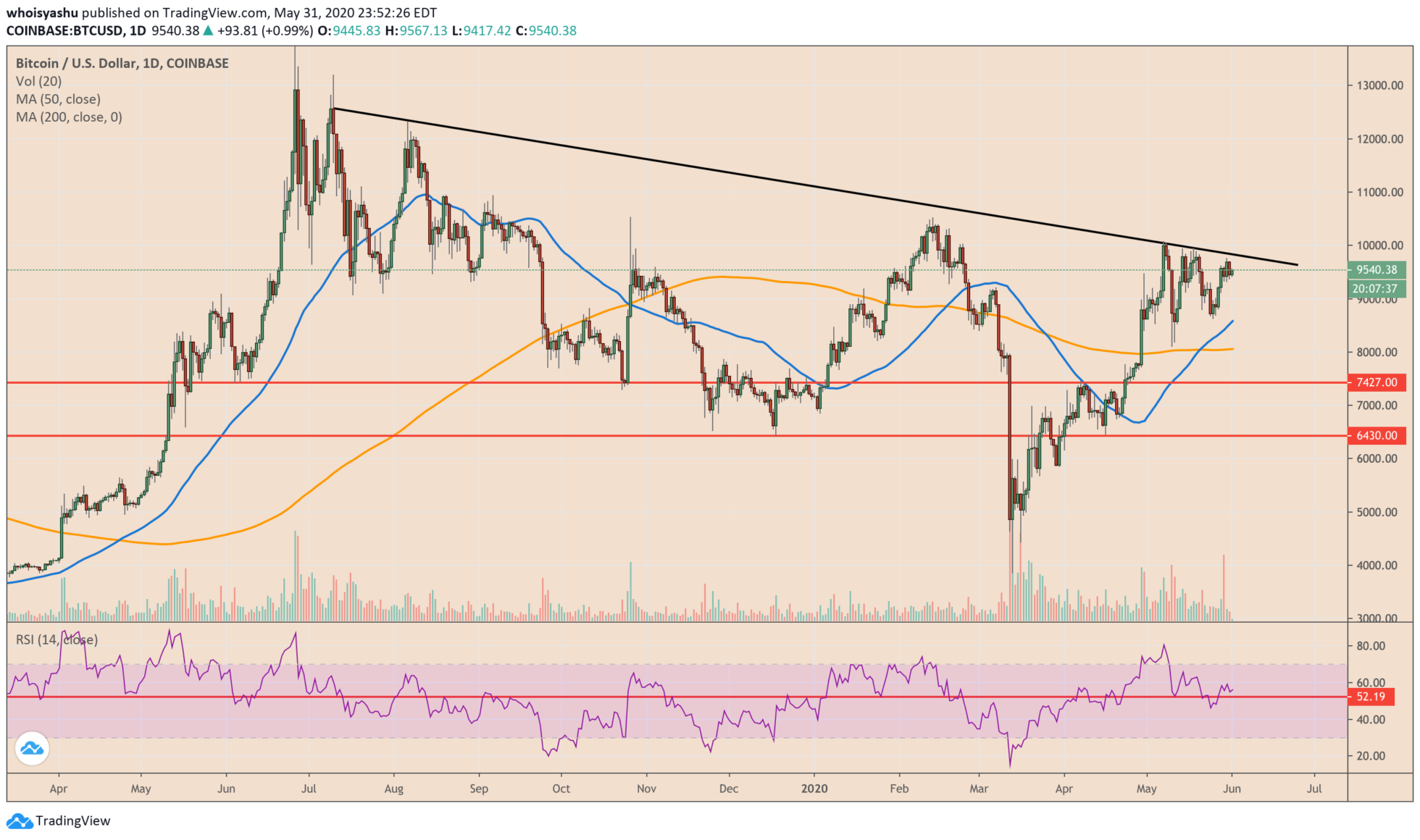 The reason why traders have failed so far appears more technical. There is a significant descending trendline that has capped Bitcoin’s upside attempts from flourishing since December 2017. So it seems, traders could retest a move above it for a potential breakout as lower bond yields raise investors’ risk appetite.

A rising U.S. stock market further increases Bitcoin’s probability of hitting $10,000 this week over its short-term correlation with the S&P 500.

Nevertheless, if a macro pullback appears, it could leave Bitcoin under a similar downside spell. It is because of investors who liquidate their crypto positions to cover their losses elsewhere, a pattern noted by analysts during the March sell-off.