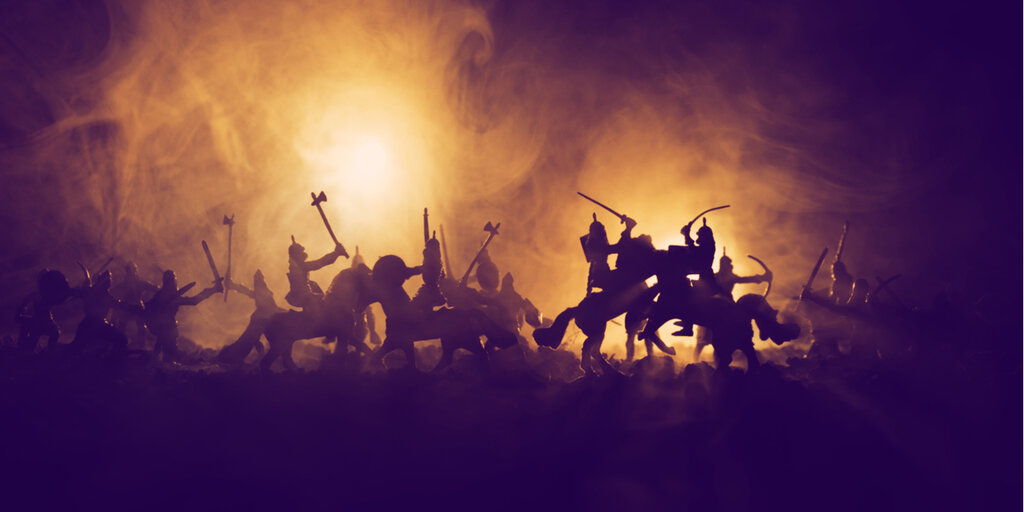 The Steem network voted to hard fork yesterday in retaliation against users who had set up a competing network, Hive. Crypto commentators with seemingly no stake in the outcome grabbed the popcorn and typed hot takes on Twitter.

But the Steem/Hive dustup poses a larger question for crypto advocates: Should all blockchain networks be totally decentralized? Or is some centralization permissible provided people have decentralized alternatives?

A quick recap: Steem network users voted for a hard fork that stripped about $5 million in funds from users who had earlier this year forked Steem to create a rival blockchain, Hive, after Justin Sun asserted control over the Steemit social network and the Steem blockchain platform.

The Hive move allowed most Steem users to receive an equivalent amount on the new blockchain—but not Sun. They were going to let him be king, but his new island would become valueless without any residents. The new Hive users, now in control of a network with tokens more valuable than Steem, kept their STEEM tokens as well.

That didn’t sit well with Sun, who used his clout to vote in favor of the hard fork. And what clout he had: The Steem network uses delegated proof of stake, in which “witnesses”—trusted users who are voted on by the community—can upgrade the network. The users with the most tokens get more votes, meaning a few big holders such as Sun have outsized power in determining who becomes a witness.

Any time a blockchain network’s users ostracize or oust other users, you have to wonder whether it’s ripe for the same abuses of a centrally run system. Twitter bans users, too, after all.

Adam Back pointed out multiple problems with Steem’s set-up to Decrypt. “It is curious that the delegated stake mechanism makes PoS vulnerable to centralized abuses of stake voting against user interests and wishes, which seemed to trigger the issue when a ‘decentralized’ system was ‘acquired’ by Tron,” said the cypherpunk CEO of Blockstream.

He added that it was “unclear how something can be acquired if it were genuinely decentralized.”

In this view, Steem’s mechanism allows for creeping centralization—but it also allows people to leave. The perceived centralized abuses Back referred to led to the initial Steem fork that created Hive. Free of Sun, users’ thinking went, we’ll have the network we want. Now Sun and others are ridding Steem of Hive ringleaders to get the network they want.

Nick Szabo, who, like Back and every other crypto OG, has been theorized to be Bitcoin inventor Satoshi Nakamoto, retweeted a warning about hard forks while intimating that Bitcoin (which uses proof of work) was superior because it mitigated against this type of on-chain drama:

But if you peel back and look at the Steem network as part of a larger ecosystem, rather than a standalone platform, the view changes. People can move between proof of work, proof of stake, and even legacy systems depending on their needs.

Jameson Lopp, the Bitcoin security guru and CTO of Casa, implied that although Steem uses delegated proof of stake, which adds a governance mechanism, the result to the larger crypto ecosystem is in line with a capitalist model:

Witness the rise of crypto anarchy! The most impressive part of this story is not the Proof of Stake power play by Sun. It’s that those who dissented exited the network they considered compromised and created one that was EVEN MORE VALUABLE. https://t.co/hn1lIgbkbE

What happened once can happen again, this time with a different crypto billionaire waltzing in to turn the HIVE social network into their personal public relations echo chamber.

And that’s just fine. As Amber Baldet pointed out during Consensus: Distributed earlier this month, “Decentralization isn’t just ‘oh, we’ve all adopted my protocol,’ but rather it is about having all these different choices.”

So, feel free to choose a network that might one day seize your tokens. Or maybe just buy some Bitcoin.