Monero (XMR), Zcash (ZEC), and Dash (DASH) are all down double-digit percentages after the news that the U.S. cryptocurrency exchange Bittrex will withdraw the privacy coins on January 15.

According to Bittrex, though the exchange “generally seeks to provide users up to 30 days to withdraw any delisted tokens… in certain instances the withdrawal period may be shortened.”

Bittrex did not include specifics about what contributed to the delisting of privacy coins. At the time of this post, XMR was down 12.34 per cent, ZEC was down 11.24 per cent, and DASH was down 10.45 per cent over a 24-hour period. 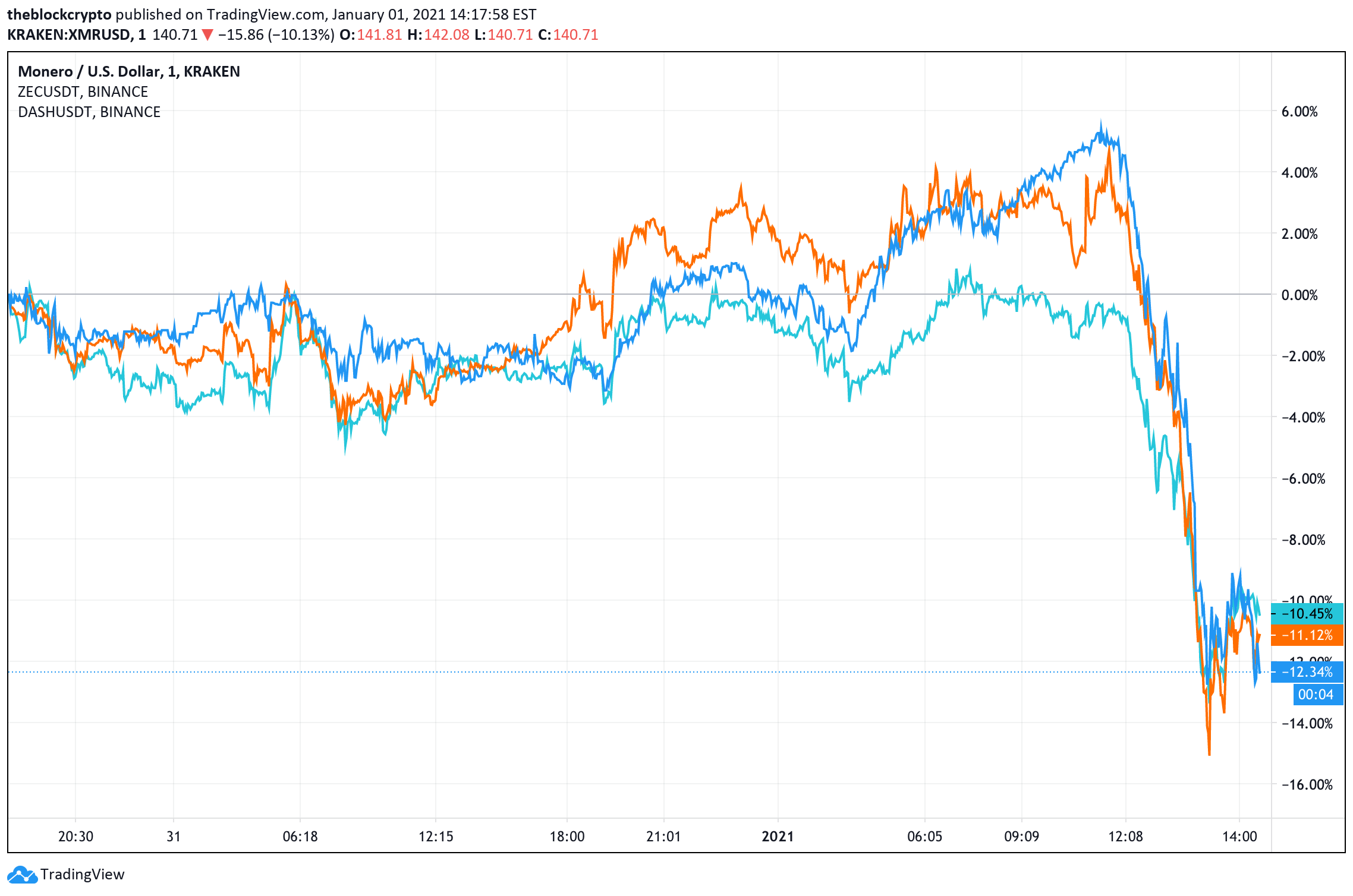