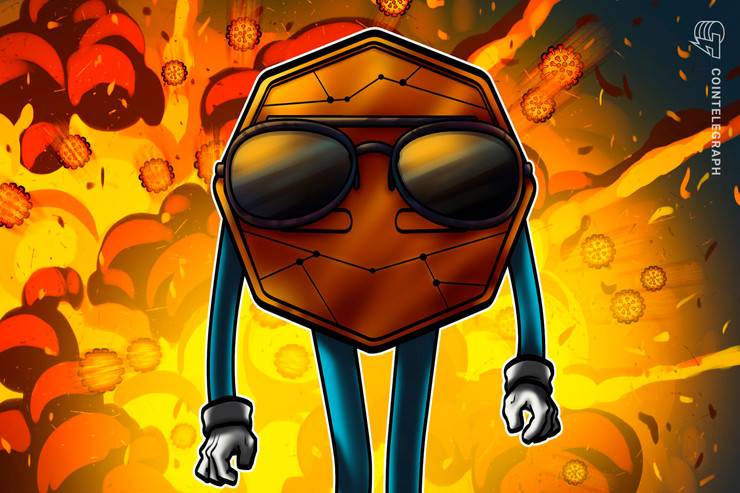 The coronavirus outbreak may become the catalyst that will reveal the benefits of libertarian solutions and technology, such as cryptocurrency.

We, as a society, are now experiencing a crisis of trust. The three pillars that we’ve had faith in all our lives — institutions, government entities and the media — have all failed us. From trusting financial institutions to guard our assets to expecting politicians to enact smart policies to hoping the media informs us on issues truthfully, we’ve entrusted these institutions to have the public’s best interest in mind and to provide crucial guidance in times of crisis. Instead of witnessing any of that, we have seen politicians, government agencies and the media fail catastrophically in the critical, early stages of the COVID-19 pandemic, with the few reasonable voices offering practical advice coming from Silicon Valley — insiders sounding “five-alarm fires” from their personal social media accounts.

As they say, history has a way of repeating itself, and if we’ve learned anything from the financial crisis of 2008 — which bailed out the wealthy banks and left a large swath of the population struggling and jobless — it’s that the centralized institutions put their own interests in front of ours.

The 2008 crisis destroyed the public’s trust in the banks and eventually led to the birth and proliferation of cryptocurrency. This genesis moment for cryptocurrency occurred, as it became evident that banks, and associated third parties, were unable to safeguard people’s assets. People wanted to permanently remove, on a structural level, any financial middlemen masquerading as “goodwill” actors and to control their own money and their own destiny.

There are similar patterns that we can identify between the fallout from the financial crisis of 2008 and the current crisis we’re living through — and how trust in all three pillars has all but disappeared nowadays. During this pandemic, we’ve realized that:

Stemming back to its early days, the crypto industry has always had a hint of doomsday gloom around its narrative. After all, why would anyone need this marvel of a cryptographic peer-to-peer decentralized financial network if we can simply trust governments, media and institutions to just do their jobs well? As it turns out, our current reality is uncomfortably close to what cryptocurrency enthusiasts always feared they must prepare for in a dystopian future that is now our present day.

The need to replace legacy social systems based on blind trust with decentralized alternatives that are based on fundamental mathematics to empower the individual is now extremely clear. We can expect the natural reaction of the tech-savvy public to be similar to the last crisis: For every centralized institution that claims “we know what’s good for you so just trust us,” we’ll begin to see the emergence of a decentralized alternative that people will actually trust — not because they blindly delegate that trust, but because the “source code” of that distributed network and its rules of operations (oftentimes as the literal source code) will be visible to everyone in the network to review and improve upon.

The intertwined roles of fundamental cryptography and decentralization will quickly grow in our society once we get out of the immediate needs of dealing with this current crisis. After the dust settles, the outcome will be a second genesis moment for fundamental cryptography to power up many verticals shifting to distributed and decentralized alternatives. What will be the most interesting industries to put on the watchlist?

We’re now entering a new era of self-reliance that incorporates finding our own trusted sources of information, compensating them outside of for-profit media models and bringing about a grassroots style of citizen-journalists that fully own their own broadcasting power. Instead of a few dozen major media outlets, we will follow thousands of experts who can provide deep and extremely specific coverage for any domain. Substack, Twitter lists and YouTube podcast stars are already filling that void. Adding cryptographic artifacts for reputation and compensation will only accelerate that trend.

We have already started seeing the green shoots of progress that will define how society learns and evolves from this crisis. The biggest winner of all might be the philosophy of libertarianism that shuns large institutional solutions and prefers to bestow all the power on the technologically educated and empowered individual. This might be the catalyst we needed to shift public opinion toward libertarian solutions after seeing such an abject failure of legacy models.

This will usher in an age of reason based on science, research and, most of all, data and facts. Individuals joined in myriad reputational, professional and financial networks will be able to reach an online consensus and enact policies with speed and intellectual depth unseen by any previous generation. And that, perhaps, will be the most lasting positive change in the post-COVID-19 world.