Bitcoin [BTC] miners’ resolve to scale through the barrenness associated with the current market environment may have been put to the test once more. According to Glassnode, BTC miners’ wallet balances have dropped to a ten-month low.

This decline showed that miners had not stopped selling. In fact, the situation suggested that the sell-offs had increased dramatically.

However, wallet balance was not the only factor affected by BTC’s price. According to an earlier disclosure by Glassnode, the hash price also plunged to an all-time low on 18 November.

It hit 58,300 per Exahash per day despite topping up the balance sheets around the same period. This meant that the market value for each hashing power unit was not in a solid position to support the mining difficulty.

#Bitcoin miner Hash Price has plunged to a new all-time low of $58.3k per Exahash per day.

With $BTC prices now down over 76% from the peak, the mining industry remains under immense pressure.

Hence, this placed an intense pressure on the miners to get rid of a significant quantity of their holdings. Of course, these trades might not be intended for profits, especially as BTC was trading at $16,692. Since mining requires huge operational costs, the selling pressure may be able to foot the bills.

However, the negatives did not end with the balances and hash price. A further look at the on-chain data showed that other aspects of the mining sector had contributed to the erasure of almost all growth recorded in 2022.

Notably, miners’ block rewards over the last few days have been less than impressive. At press time, the block rewards added up to 918.75 BTC. This indicated that miners have been minting new coins at a slower rate. This could affect BTC’s circulation for both retail and whale investors. 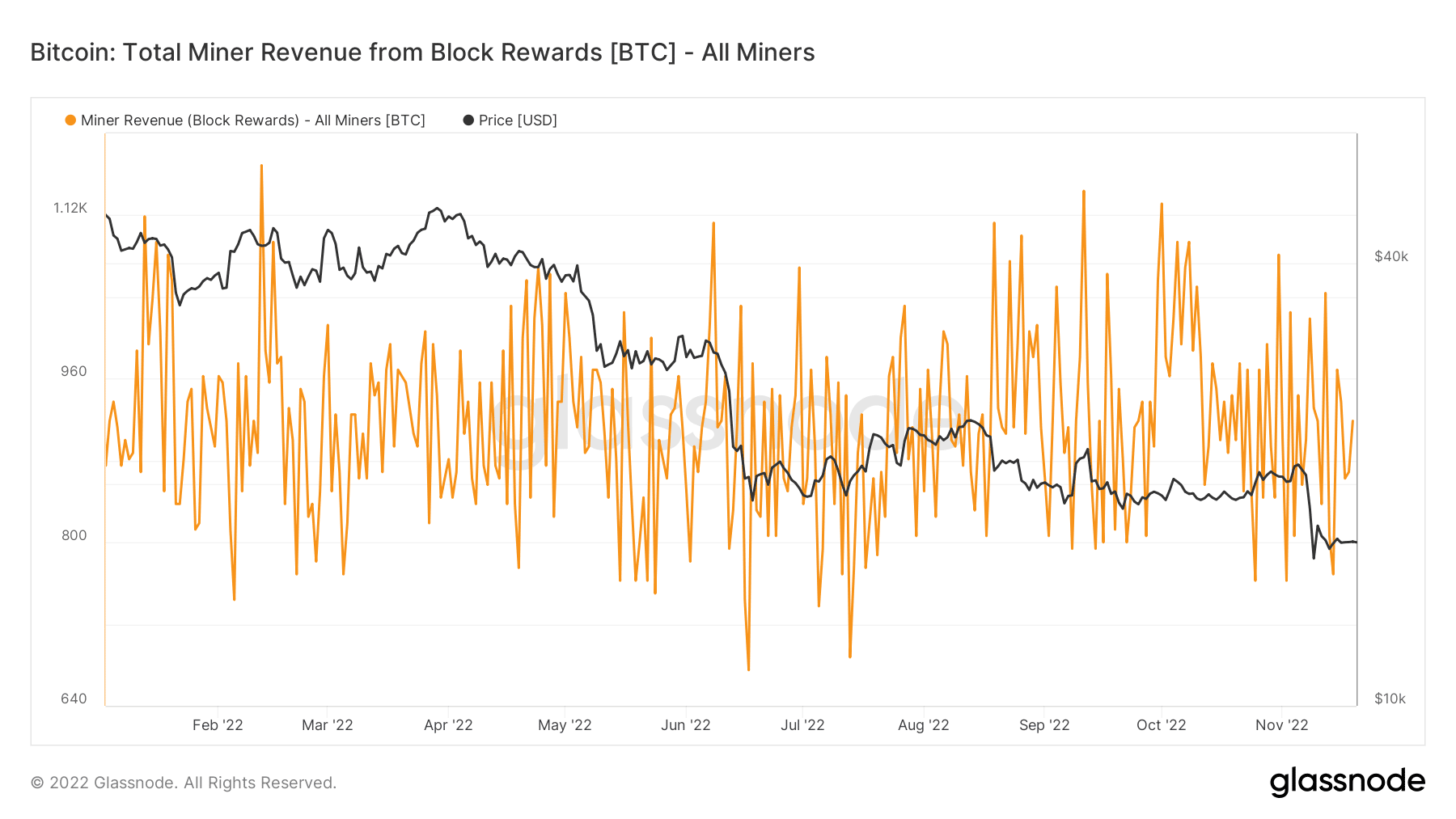 With this in mind, it was obvious that the hard work put in by these miners might not yield positive results as 2022 draws nearer to a close.

As challenging as it gets for Bitcoin miners…

This indicated that miners needed more computational power to create new blocks and earn rewards. So, BTC’s mining followed a similar path as its price. 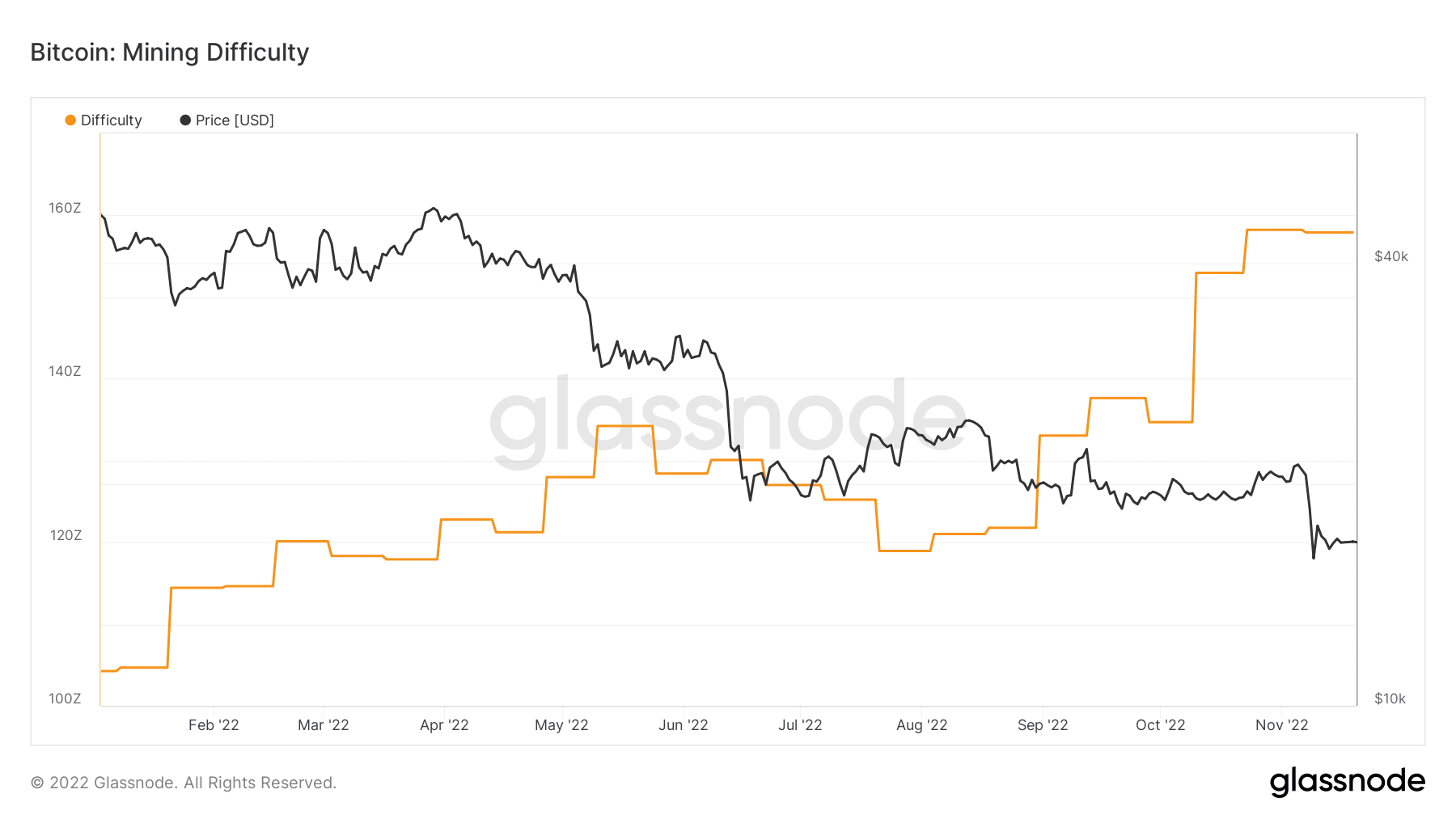 In conclusion, the overall industry condition did not benefit miners at the time of writing. Moreover, a BTC price surge was less likely to happen in the short term. Hence, Bitcoin miners might need a change in the market cycle to return to profitability.