The price dropped below the 23.6 percent Fib retracement stage of the upward advance from the swing low of $50,465 to the swing high of $60,030. On the 4-hours chart of the BTC/USD pair, there was also a split below a connecting bullish trend line with support around $59,000. 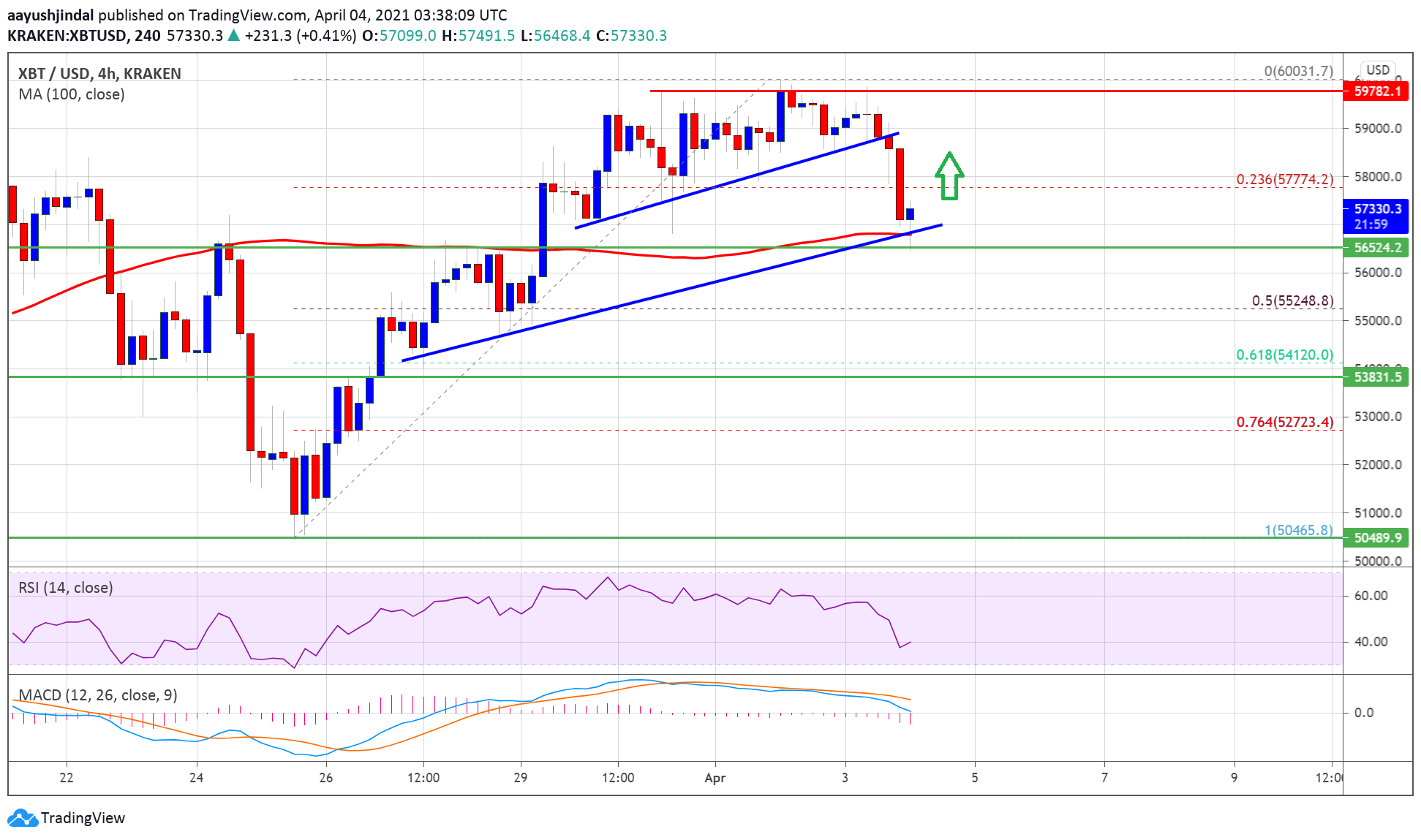 RECOMMENDED READ:  The Great Reset Agenda: 'Bitcoin Is a Decentralized and Rational Strategy to Opt-Out'

There is a risk of a new raise if bitcoin remains above the $56,500 support and the 100 simple moving average (4-hours).

4 hours MACD – The MACD for BTC/USD is gaining momentum in the bearish zone.

4 hours RSI (Relative Strength Index) – The RSI for BTC/USD is now well below the 50 level.