The liquidity of Ripple’s XRP coin continues to increase and hits a new all-time high on the biggest ODL venue. The Australian ODL corridor has followed suit 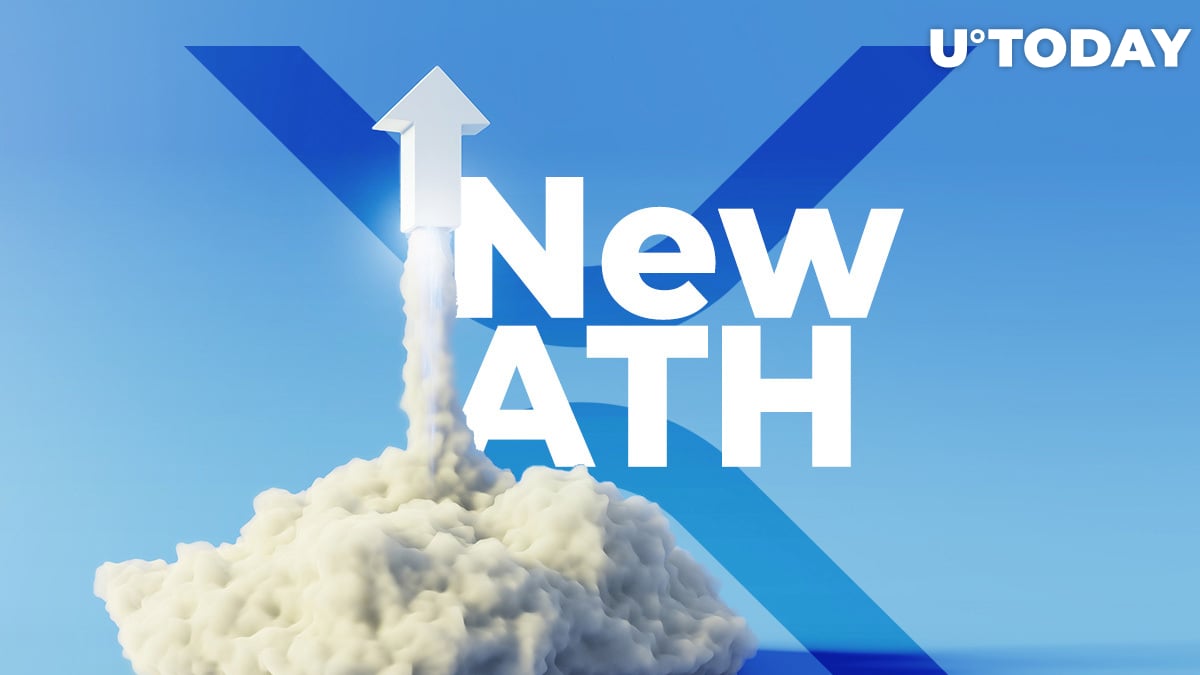 Cover image via stock.adobe.com
As reported by the Twitter account that tracks the progress of the indexes measuring the liquidity of XRP on various digital exchanges, several hours ago, a new ATH was reached by the trading venue that has so far been the most successful in adopting Ripple’s ODL product.

The aforementioned ODL venue is the Mexico-based crypto exchange (the largest in Latin America) Bitso. After Black Thursday, March 12, when the crypto community witnessed a massive collapse of Bitcoin and altcoins, including XRP, there was a long break before XRP liquidity indexes managed to reach new ATHs.

The all-time high reached a short while ago on Bitso also took a long time to get at. 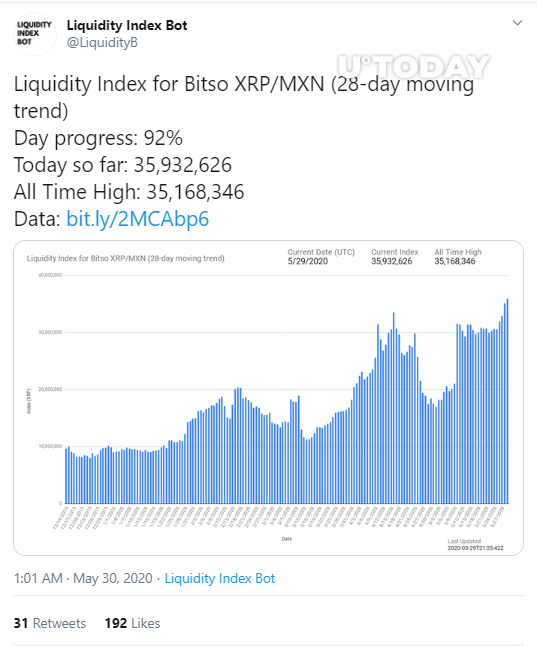 However, another ATH on Bitso followed almost immediately and now the value of the index there totals 36,023,811. 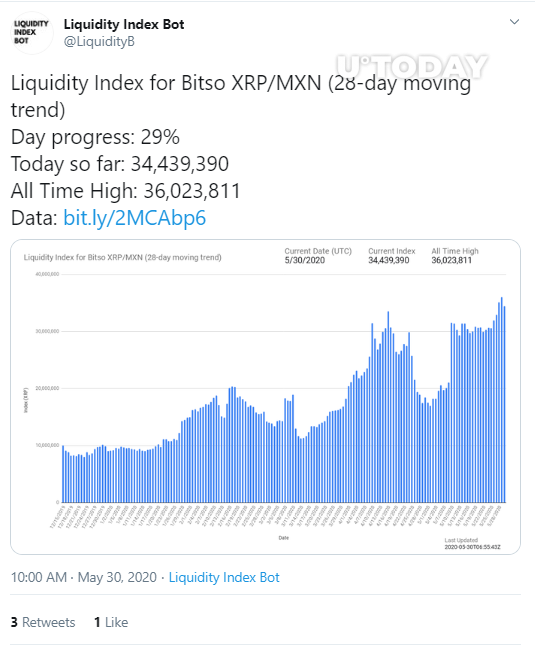 The other platforms running on ODL – Coins.ph in the Philippines and Bitstamp in Luxembourg – are still struggling to reach new ATHs with the XRP liquidity index.